Last week I went to Madrid to see two of the grounds where Laurie Cunningham played football. The first, Estadio Bernabeu home to Real Madrid, was impressive as I had expected. Situated in the financial district of the city with its leafy boulevards and broad plazas the stadium sits massively on the corner of a busy junction facing a cluster of corporate glass towers.

The second, which is definitely a ground not a stadium, is the home of Rayo Vallecano in the Vallecas district of the city. Vallecas is a working-class suburb in the east of the capital with a strong left-wing history.

Historically it has been an entry point to the city for immigrants and as I emerge from the Portazgo metro station I pass two young mothers with hijabs pushing prams. Soon afterwards a couple of street vendors in African garb walk by carrying bulging plastic carrier bags.The campo de futbol stands opposite a large block of flats, its grey concrete walls streaked with grime look like they may have grown straight up from the pavement. Loose wires hang from its windows complementing the clothes hung out to dry on lines from the flats across the road. As well as a football club the ground contains a boxing gym and chess club. Decorated with the ubiquitous red diagonal stripe (or Rayo) of the club shirt the walls are daubed wih artistic grafitti, flyers and stickers bearing slogans such as - "love music, fight fascism", "no konforme" and "vallekas comunera". The club's die-hard fans known as the bukaneeros are organised and effective protestors. A recent campaign in 2014 involved an 85 year old resident named Carmen, who aftrer living in the same flat for fifty years was evicted by a loan-shark money lender after her son had used it as collateral to secure a loan he could not repay. The bukaneeros organised demonstrations and unfurled huge banners at matches denouncing evictions in the area and the club stepped in to rehouse Carmen in Vallecas and pay off her debts.

Behind the ground a toddlers playground displays a huge hand painted club badge on a wall with its lightning strike motif and declares "valentia, coraje y nobleza" - bravery,courage and nobility. Shop windows and lamp posts are dotted with stickers with a largely punk or anarchist tone but there is no sign of the one I am looking for ; "Ama Al Rayo, Odia Racismo"  or "Love Rayo, Hate Racism" - the one that features an image of Laurie Cunningham. Rayo were the last club he played for before his death in 1989. Walking back to the entrance I notice a small crowd forming around a door and ask what is going on. The club, who were relegated from La Liga at the end of the season, have opened the gates for a free tour of the ground as a thank you to fans and I am invited to go in. Inside the bukaneeros are in full voice at the home end, somewhat bizarelly chanting to an empty ground. A mural similar in style to a Banksy of a char lady hanging out a football shirt on a clothes line catches my eye and I walk over to get a better look.To my delight I find at the foot of a flight of stairs what I had been hoping for, a mural featuring the 'Ama Al Rayo...' slogan and a representation of Laurie Cunningham in his Rayo kit .At the same moment the fans reprise another chant and begin noisily thumping their drums. 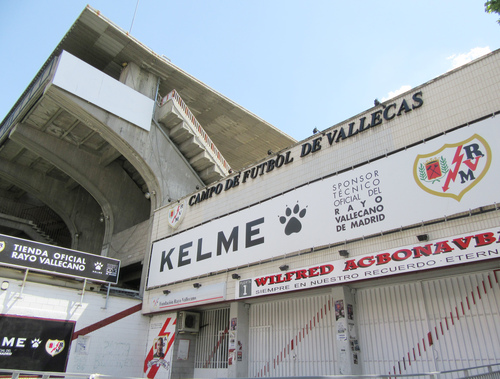 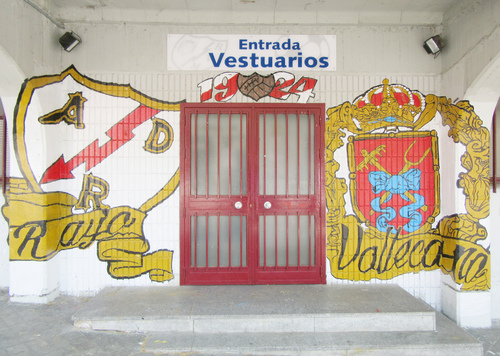 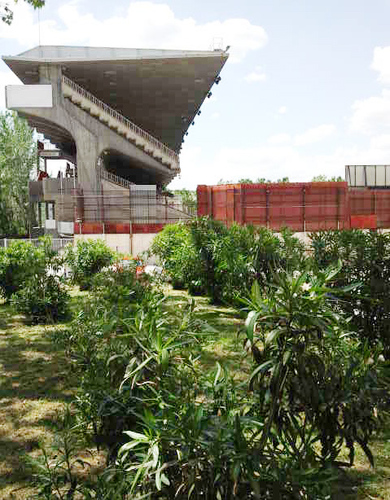 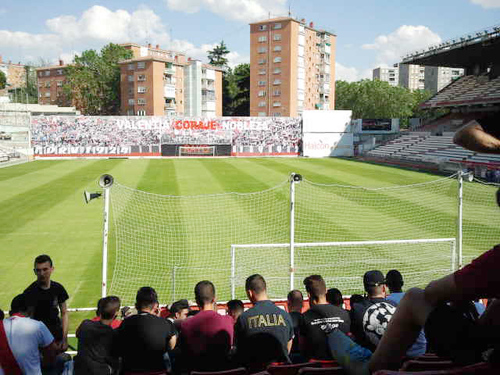 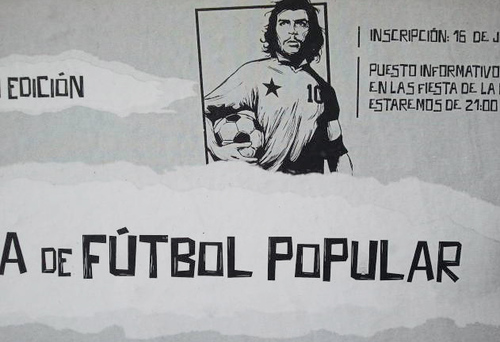 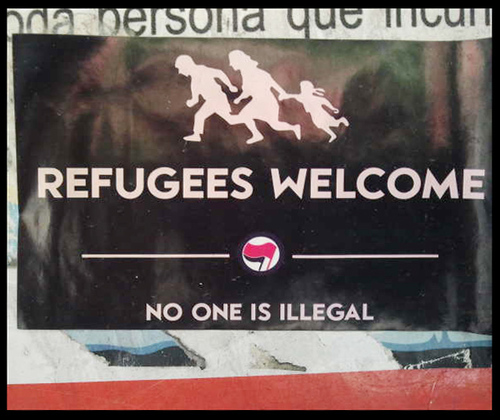 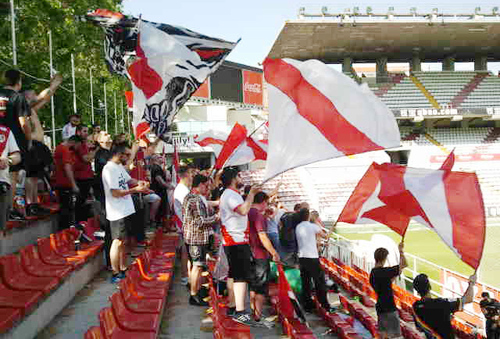 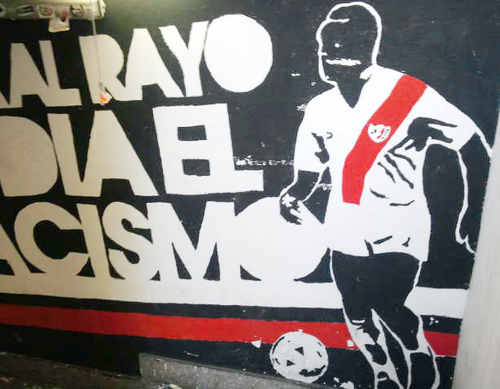 Laurie mural inside the ground