It came as a surprise to be told the other day that 'Different Class' is now available to pre-order on Amazon. I have only recently been assigned an editor by Unbound and still don't know what they think of my first draft but I'll find that out when we meet later this month I suppose. Since I handed over the manuscript I haven't really thought that much about the book, and have stopped endlessly editing it in my head, which has been quite a relief. Instead I began reading a book called 'In Camden Town'  by David Thomson which I bought a long time ago in a charity shop because I liked the title and the old-fashioned illustrated cover. It is a diary written over the course of a year in 1980 that reflects upon the author's years living in Camden and documents the lives of the characters that populate the streets around his house on Gloucester Crescent in NW1. Prone to bouts of melancholy and loneliness Thomson, a recently retired radio producer and writer for the BBC, spends a lot of time in the pubs around Camden High Street (The Edinburgh Castle, The Spread Eagle and The Bucks Head, to name a few)  and is on friendly terms with many of the winos and down and outs of the area, as well as the market stall holders, street sweepers and fellow writers, actors and artists who drift in and out of his life. It is a gentle and elegiac book that is part memoir, part social history.  One entry for Friday 26th September 1980 struck a familiar chord with me for its detailed description of youth culture at the time. Walking past the Music Machine nightclub at the Mornington Crescent end of Camden High Street where he had gone to collect his wife from the tube station, Thomson describes the nightclubbers they pass as follows:

"Several punk girls came walking fast towards us,and it struck me again how like space fiction their get-up is, their make-up is inhuman too; some give the impression of Grand Guignol. The first we saw took long strides in long legs closely fitted with yellow stockings to the knee and tight black satin breeches to above the waist. A top of some bright colour, hair cropped and scraped with top knots sticking up. She had passed us in a flash, and as I looked back I had the impression that she was wearing a sword at her waist. It may have been a long cane, or an umbrella as tightly rolled as herself. Then a few yards behind her came the others straggling but with rapid steps like speckled glaring lights.

In spite of the bright clothes and the greens, yellows, scarlets of the hair in streaks, in patches or whole, in spite of the showy flash, there is a puritanical severity about the punk look, male and female. The skimpy scrimp of the boys' clothes-tight jeans often not long enough to cover the shins, jackets pinched at the armpits and chest with sleeves stopping short of the wrist - give them a poor and meagre look. Then, since facial expressions can be designed and worn to fashion, the majority look as grim as any Wee Free Minister. It is startling to see such a look of severity, especially on the girls' faces in the evening outside a pleasure dome, but this I guess is fashion too."

Rather than punks I think Thomson is describing Futurists or Blitz Kids, the advance party for the New Romantics who came to dominate early 1980's youth culture in London. A year or two after his diary The Music Machine venue changed its name to The Camden Palace and became an important and influential club on the New Romantic scene.

Attached are some pictures of how I remeber the Futurists looking around 1980/81. Black and dove grey are the colours that spring to mind whenever I think of this time, when as a teenage would-be Futurist, I no doubt had "a facial expression designed and worn to fashion". 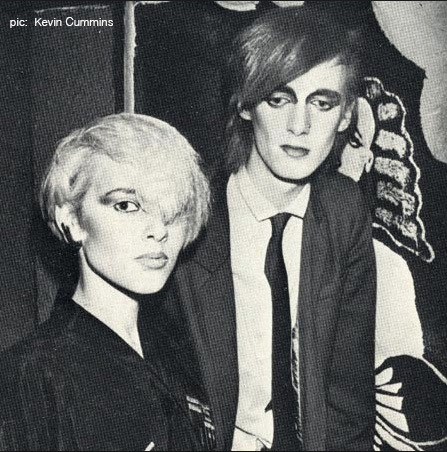 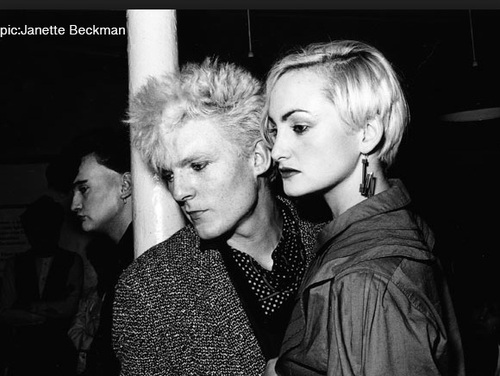 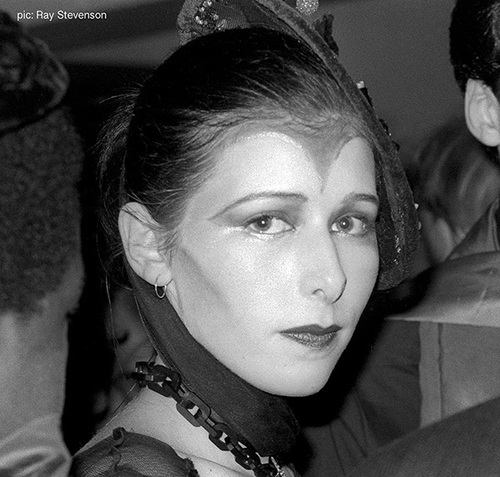 "It's startling to see such a look of severity.....but this I guess is fashion too."