On a post-apocalyptic 23rd-century Earth, an Aussie rebel battles its rulers - and his own demons

The lovely Anna contacted me yesterday - kind of a sad day otherwise, to be honest, as we're all locked-down again here in London - to say that my book had gone to press, yay!!!!!!!

You'll have seen the cover already, so - as special bonus - here's the cover that didn't make the cut - same artist, no mirrors - my amazing Polish friend, Irena. I thought that The Creature  looked a little too chipper - not sinister enough - and maybe she had a young adult audience in mind. But the colours!!! And the detail!!!! (Check out the bubbles at the front of the submarine. If it is a submarine, lol. Artistic license: no submarine in the book.)

The other reason I'm bugging you is this: I have in my hot little hand - well, not really, but you know what I mean - ARCs. As most of you will know, these are copies of the actual pages of the book, in two formats, mobi and epub, readable on Kindle or on any computer/iphone.

The reaon why the lovely Anna has sent these to me is not because I need to read it (!!) but for book bloggers (I have a tour set up, and others reviewers interested). So these reviewers have six weeks to read it before it's published onFeb. 21st - with luck, enough time to shove a glowing review for me on Amazon and Goodreads.

You're thinking: why are we looking for reviews BEFORE the book is available? What's the point of good reviews if nobody one can buy it until late Feb., anyway? - Well, the point is that readers tend not to trust books (especially on Amazon) that don't have a few four or five star reviews - most people say ten is minimum, before they trust it.  They may even KNOW it's only just come out - but they still think they'll just hang back and wait until 20 or 25 people say something even as basic as, 'Enjoyed it!' And this is another reason: Amazon's secret algorhythms are rigged, in that the more reviews you have, the higher up they show your book in searches and lists. So you really, really don't want to launch a book with few - or even no - reviews already on it. You want to have as many as you can, primed for the the day itself, so your new book doesn't look defenseless amidst all the other dystopian thrillers, without a star to its name.

So, I was just wondering - I know you're all supposed to be DESPERATE to read it - that's the THEORY - but I also know most of you and I also know you have LIVES - so I'm just asking, as a massive favour, whether 5-10 of you might be willing to read the Mobi (or - I'm not fussy - the Epub) on your computer, Kindle or iphone and scribble a few kind words on amazon BEFORE Feb. 21st. You'll still get the paperback delivered, of course.  And I'd hope - if you hate it - that you forget all about the whole review thing. No hard feelings. Just might not be your kind of a thing!!!!

Having said that, here is nothing - literally NOTHING - that thrills a writer more than a four or five-star review on Amazon or Goodreads, even if the reader is already deep in their next book - too deep to even leave 'Really good' or 'The scene with the Creature was cool' on it. Just four or five stars and their day is made. Swear to God, some of my fellow writers are so keen that, for a well-written five-star review, you can probably marry their daughter. You can't marry mine - but that's only because her boyfriend is still locked-down with us, and he's a lot stronger than I am. But... watch this space!!!!!

If you're too shattered by the latest lockdown - I hear you - then do consider leaving a kind review once you've got the paperback and had time to eyeball it. Reviews after publication are also fantastic, and my daughter's boyfriend might well be off the premises by then.

In the meantime, this is an orchestra - The English Symphony Orchestra - which I have the honour of belonging to - and here is its fantastic, jazz-filled New Year's concert!!!! (Pls note: due to Covid, only solo strings were hired, so you get to hear my cello principal, not me. So I'm not bragging - well, ok, I AM bragging, but about other people. Just check out the violin soloist in the last piece - she is utterly astonishing!!!!)  XXAlice 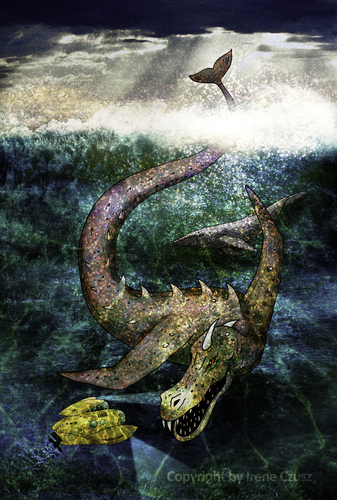