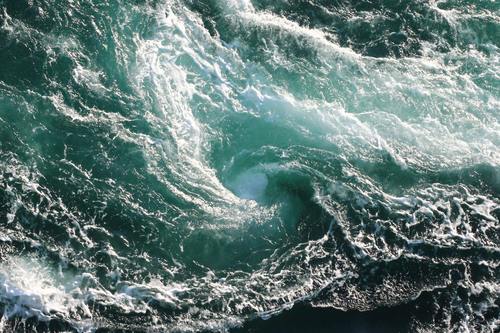 Photo by Arvid Høidahl on Unsplash

Can you hear the sucking? We have the third largest whirlpool here in the UK and it features in LANDFALL. I call it the Corrybrecken in a story that must be told to stop the Blue Men swamping the longboat. First, an apology for the long wait. I think it will be worth it and it was confidential until publication: My editor, Liz Garner, was editing her father's brilliant new book, TREACLE WALKER. He is not only one of my heroes but his daughter is also the best editor and I want you to have a satisfying final book in the series.

Here is an edited version of the Corrybrecken story to thank you for your patience. No Spoiler! Bera and Heggi listen to it aboard a longship but I won't reveal who tells it ...

‘It starts like all stories, with a king and his beautiful daughter. The King of the Summer Isles had a daughter as fair as the driven snow. Many men wanted to marry her but she refused them all. Then one day a black man came.’

‘No, with real black skin that glowed like an ember pulled from the flames.’

‘Like the Warden in the tower,’ said Bera. ‘So beautiful.’

‘Your man’s name was Brecken and these two fell madly in love. He asked the king for her hand in marriage and the king decreed that Brecken could only marry her if he could keep his boat in the whirlpool for three days and three nights. Brecken accepted the challenge, saying three days and three nights would be easy. But in truth he had no plan, so his men refused to go with him and the islanders told him all he could do was pray. So he sank onto his knees on the beach, mocked by the deadly whirlpool. But an old crone was gathering driftwood on the shore …’

‘There always is!’ laughed Bera.

He put on a crone voice. ‘She told him, “You must anchor in the centre of the whirlpool.” Brecken was aghast, saying, “I will be sucked to my death.” “No,” said the crone, “for you must lay three anchors, with ropes made from three things: the first will be houndhair; the second horsehair and the third maidenhair.”’

Bera gave him a hard look, suspecting it was not the hair on a maiden’s head. He winked and she felt herself grow hot.

‘Brecken gave the crone a gold coin. She told him that islanders could make the houndhair rope and the horsehair rope but only in his own kingdom would he find the maidenhair rope. He returned to his kingdom and asked the maidens to make him a rope made from the – er – hair of maidens.’

‘So the maidenhair one was strongest!’ shouted Heggi.

‘Sadly, not. On the third night that rope snapped and poor Brecken went to his death.’

‘That’s all wrong!’ Heggi complained. ‘Stories have to end happily for the lovers!’

‘It hasn't ended yet. Brecken's dog pulled his body to the shore, where the king’s daughter found him. She vowed to kill the lying crone. She searched the island and found the woman holding Brecken’s gold coin, and drew her sword. “Wait!” said the crone. “Go to his kingdom and ask. If you do not find the answer you can return and kill me.”’

‘Then nothing. That’s the story.’

‘I can hear the whirlpool,’ said Heggi. ‘Sort of sucking.’

Bera looked across to the shore. ‘It’s the suck of waves off the cliff, Heggi, and here's the true ending. Brecken’s faithful dog got his master ashore in time for his true love to breathe life back into him and he killed the wicked king and they all lived happily ever after.’

‘Especially the dog, who never ran out of bones.’

Have a wonderful Christmas and let's drink to a better 2022 for us all. I am so grateful for your support.

Lovely taster for #3, it will, of course, be worth the wait. Great to see the Blue Men get a mention. They flit across a page of Moffat III, too.

Thanks Ewan. I got the bones of this down years ago when I visited the Western Isles (1992). Nothing like knitting a new jumper with favourite old bits of wool :)

The first edition available in EPUB and PDF formats.