All 20 illustrations unveiled. Prints and postcards available to supporters.

I'm pleased to unveil the final 20 illustrations that will appear in Ladders to Heaven. Below the image, you can read each picture's caption. Supporters can order prints or postcards along with their copy of the book (here).

Each picture is made up of thousands upon thousands of tiny little dots. Each picture therefore took hours upon hours to complete. With the pictures finally finished, the book will be heading to the printers in the next couple of weeks.

Thanks once again to everyone who has supported the book so far. Knowing you were waiting for the book gave me the mental strength to finish the illustrations. 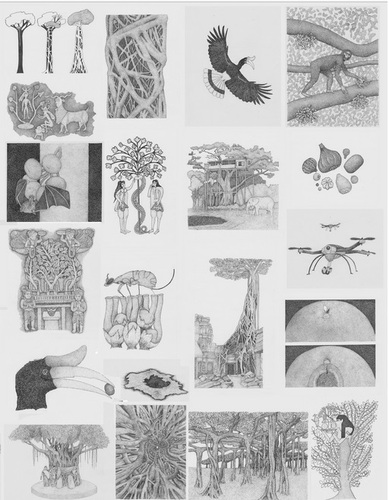