10 things you need to know about banyan trees 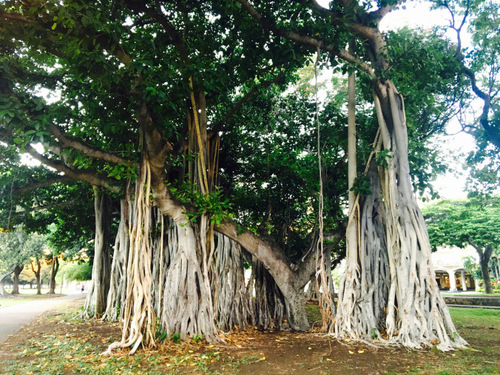 The splendid banyan trees I met today in a park in Honolulu, Hawaii prompted me to share some things I learned while researching my new book about how fig trees have shaped our world, influenced culture and can help us protect life on Earth. Here are ten nuggets:

Across the world, the banyans and many other fig species have embedded themselves in diverse human cultures, thanks to some amazing biology and an 80-million-year-old relationship with their pollinating wasps. As my book shows, these trees influenced the development of our species and can enrich our future too, by helping us to restore damaged rainforests and protect threatened wildlife. The book is out in the UK on 8 September, called Ladders to Heaven, and in the US and Canada in November with the title Gods, Wasps and Stranglers.

I’ll be writing a narrative article about banyans soon. Meanwhile, I will leave you with some more photos of the banyans I saw this morning. Aloha! 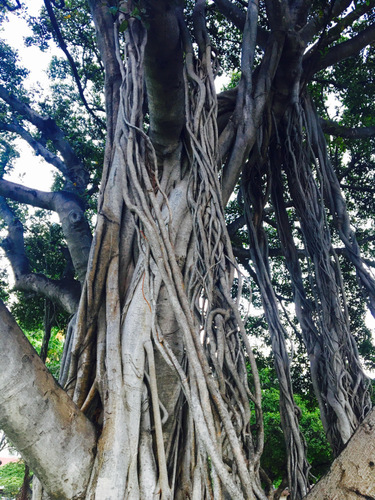 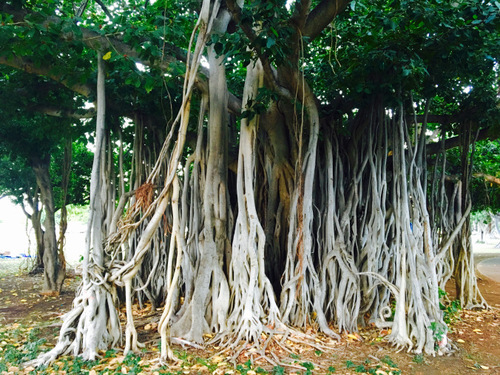 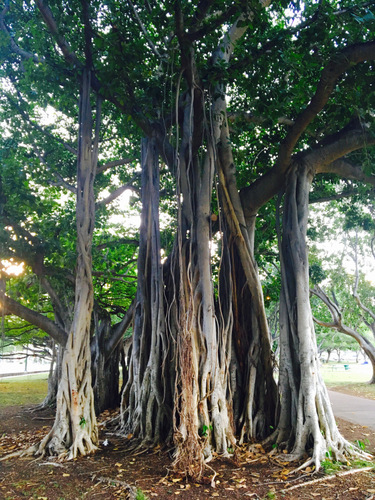