What did the knights of King Arthur look like? 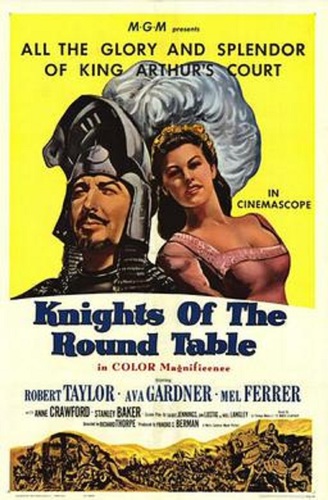 In our minds, the knights of King Arthur probably resemble a Hollywood melange of extravagant "Techincolor", inordinately-sized and bedecked battle helmets, and hand-to-hand combat on horseback. While there is nothing wrong in this, it is important to remember that an Arthurian romance is set in the time in which it was written. What King Arthur does the poet-writer of the Alliterative Morte Arthure (King Arthur's Death) ask us to envisage?

Recent research has shown that the poem was most likely written at the turn of the fifteenth century, sometime between 1402 and 1409. This places it firmly in the reign of Henry IV, Henry Bolingbroke, the king who usurped the throne from Richard II. This is important because it helps us to understand the theme of the poem (the fate of kings who over-reach themselves and fall victim to vanity and pride). It also helps us to picture what these particular knights looked like.

The descriptions given of knights in both King Arthur's Death (and its near contemporary Sir Gawain and the Green Knight), are specific to this period. Although some of the language used by the poet appears to span many centuries and countries (e.g. hauberk, a Norman mail shirt or jazarant, a continental armoured tunic), we know from many of the words used (jupon, aketon, fewter, bascinet, aventail) that the armour is that of the final quarter of the fourteenth century. 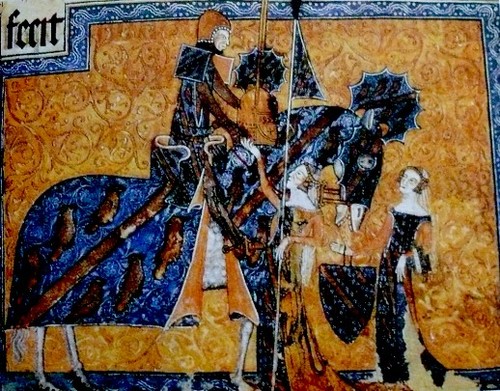 We know this because the poet describes a blend of plate armour, chain mail and decorative heraldic elements (including the obsolescent ailette, a small plate attached to the shoulders of knights such as that featured most famously in the Luttrell Psalter - see above). The jupon/aketon, a padded close-fitting jacket, is distinctive to the fourteenth century in particular.

By 1420, armour began its movement towards complete plate; we see this in funerary effigies whether sculpted from stone or evoked in brass. The armour described in the Alliterative Morte Arthure is not of this period. We can see from the image of Geoffrey Luttrell that neither is the poet describing knights who are armoured mainly in chain mail.

Whereas complete survivors of actual armour from this period are relatively rare, we are blessed in England at least in having a substantial number of funeral monuments featuring knights of the reigns of Richard II and Henry IV. 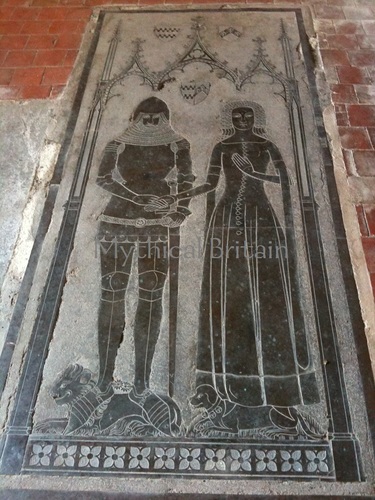 The fabulous funeral brass of John de la Pole (c.1380) at Chrishall in the county of Essex gives us a striking picture of the Arthur-poet's knights of the Round Table. We can see the tight-fitting jupon, the bascinet helmet and its chain mail aventail. We can also see the plate on the legs and arms, all of which are described by the poet. 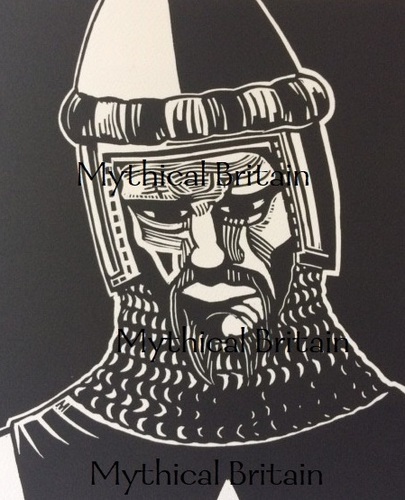 Hence, it is this particular style I have chosen in producing my illustrations for King Arthur's Death; I want to evoke the emotions poet had in mind.

Seeing John de la Pole in situ is one of the most striking of experiences because, particularly with his wife Joan, we are close to real people, dressed in a style known to the monument makers. Although the monument is rich in symbolism, it is also definitive in style and aesthetic.

The knights of the Alliterative Morte Arthure have a rich visual essence but they are not exaggerated by imaginative excess. What the Arthur-poet actually achieves in this truly magnificent work is to bring to life characters like John de la Pole and place them is a credible literary setting.

It is part of the skill of the poet that he is able to describe these knights on the battlefield, rich in their heraldic panoply; dressing them in heraldry and placing them on the battlefield, he makes truly authentic his powerful allegory for his contemporary audience.

King Arthur's knights are real people for a real time. The Arthur-poet, with his astonishing attention to contemporary detail, has opened a window for us to see the times for which he was writing. In so doing, he also gave his own audience a credible platform for comprehending a kingdom in crisis.

PS - do please pass on this update to anyone you know who is interested in fourteenth/fifteenth century history and who would like to support the book. Every supporter has their name printed in the back - so everyone can be part of this very special Round Table! Incidentally, the image of Sir Gawain shown in this update is also available as an ultra-special pledge option - an original full-sized linocut print of Gawain which appears in the book; printed, signed and dated by me. Just a thought, for one lucky pledger!

Images in this article:

The image of Sir Gawain and of John de la Pole are my own. That of Geoffrey Luttrell is taken from Wikipedia and is in the public domain for reproduction purposes. The image of Knights of the Round Table is also taken from Wikipedia; the image is legitimately reproduced under the "fair use" terms on Wikipedia, i.e. to enhance an educational article and because the image is low-resolution.

Interesting. Thanks. Looking forward to the book.

Thank you Arnold - not long now!