The Dunstable Swan Jewel and its Connection to King Arthur 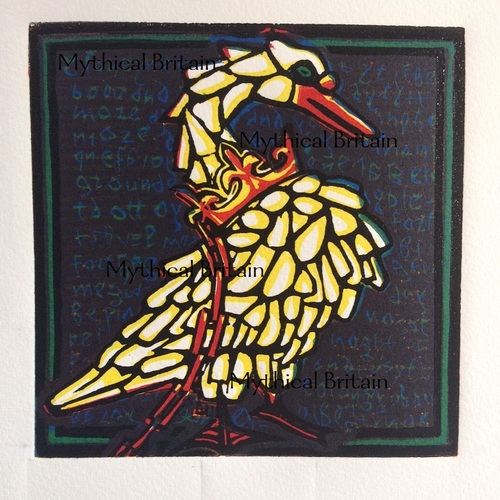 After almost a year of suffering from a frozen shoulder, I have at last been able to return to printmaking - just as COVID-19 has forced everything into lockdown. So in the last few days, I have turned Gringolet's garage into a makeshift printmaking studio to produce my first linocut for some time: a four colour print of the Dunstable Swan Jewel in the British Museum.

This has not been an idle exercise; there is a strong link between the Jewel and the Alliterative Morte Arthure (King Arthur's Death). As will be discussed in detail in the historical introduction to my book, the window for the original transcription of this poem was narrow, some time between 1375 and 1402. Indeed, there are elements within the poem which point to it being written between 1399 and 1402.

What is the relevance of this? It is extremely likely that the Alliterative Morte Arhure was written as a reflective work aimed at pursuading its audience to consider the probity of kings. In particular, it highlights what kings should and should not do if they are to rule effectively. They should not abuse their power; nor should they let pride (what the poets called "surquedry") take over their duty to God and to their subjects.

A warning for Bolingbroke

The poem, if written in the years immediately following the usurpation of the crown of Richard II by Henry Bolingbroke in 1399, can be interpreted as a commentary on times of change. It can be seen as supportive of the new king - provided he behaves himself and does not let pride and arrogance get the better of him, as happens to Arthur in this particular strand of the Arthurian canon.

The Dunstable Swan Jewel is important here because it is a livery jewel; in this case showing allegiance to either Henry IV or possibly his son, Henry V - the Prince Hal of Shakespeare. It is a jewel of allegiance to a king who is potentially illegitimate in the eyes of those loyal to Richard.

At the end of the poem, you will see a black and white version of the Dunstable Swan. The white hart (also available as a pledge option by the way - two remaining) is the livery badge of Richard II. The Swan, that of Henry IV. These images frame the poem in the context of its historical backdrop. 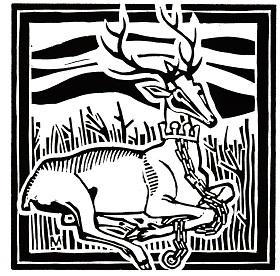 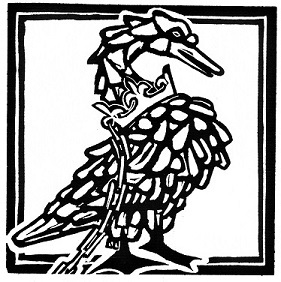 The Alliterative Morte Arthure was written at one of those times in history when uncertainty prevailed and safety could not be guaranteed. In many ways it is a poem as much for today as it was for its time. I hope very much you enjoy reading it and, with its detailed introduction, glossary and notes, that it casts new light on a fascinating period in the history of these Islands.

May you and your loved ones stay well in this most distressing of times.

PS. Patron List Closing! As I write, April is nearly upon us and, at Midnight on the 19th April, the supporter list for patrons closes for King Arthur - I am truly grateful for your support on the long journey from concept to published reality; do please spread the word to any others you know who would like to be a patron. Don't forget you can also upgrade your pledge should you wish (e.g. to a signed edition or to own one of the special pledge options - there are still two prints of Richard's white hart available!)

PPS - if you would like the original four-colour print of the Dunstable Swan, it is available here 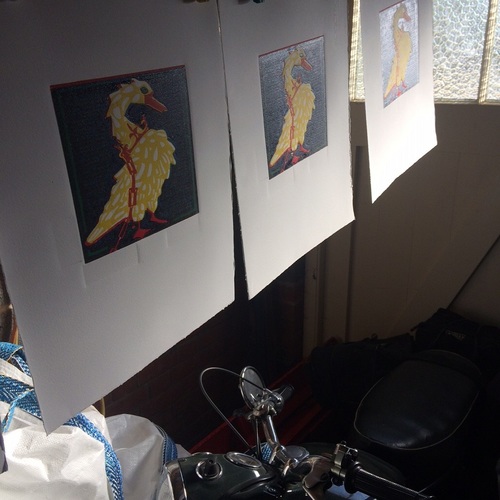 (Above: the print in the process of being made. Gringolet, my 1958 Francis-Barnett, waits below for better times!)

Michael, thank you for sharing this most beautiful linocut. I'm pleased to hear that your frozen shoulder has improved - this is something I too have suffered with. Stay safe and well!

Peter, thank you for your kind comments - and please stay well yourself in these difficult times. You'll know well the discomfort of the condition and it's great to be back on the mend. Hard to believe that Arthur will nearly be with us in September; it feels like a lifetime between the first translated words and now. I hope you'll think it's been worth the wait. Michael