The Battle of Camlan, the last battle of King Arthur - a short film for you to enjoy 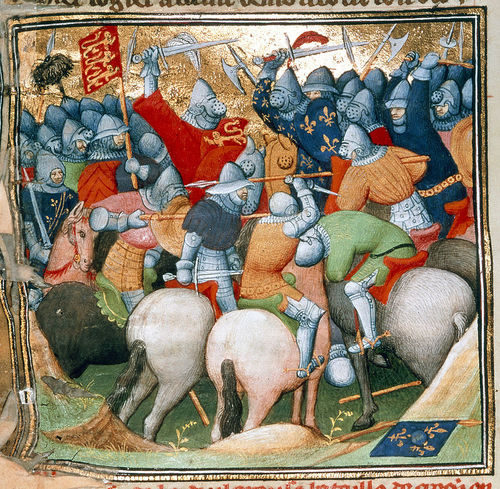 I hope you had an enjoyable Christmas and New Year - or the best possible given the ongoing pandemic; these are unpleasant times which are trying us all. Despite this, I hope that you are enjoying your copy of King Arthur's Death which should have arrived with you by now; the book would never have been possible without your support.

Two short films for you to enjoy

During the Christmas break, I took the opportunity to make a couple of short films during which I read from the final section of the book - the section whcih deals with King Arthur's last battle, often referred to as Camlann or Camlan. The poem itself does not give the battle a name but, still following Geoffrey of Monmouth, situates it beyond the river Tamar in Cornwall.

What I like about King Arthur's Death (the Alliterative Morte Arthure) is its astonishing pace and rhythm - the poet had an in-depth understanding of metre and power combined with an astonishing grasp of the (Middle) English language. His vocabulary is startling and his ability to alliterate on individual letters, or on sounds, or on combinations of letters (often spanning several lines) is a magnificent achievement.

Alas, we will never know who he was - even Robert Thornton (who transcribed it in the fifteenth century) was not thorough enough to ascribe a name to the work. Or perhaps he tried but was unsuccessful -it is unlikely that the poem he was working from contained the name of its original scribe; many works in the canon (including the magnificent Sir Gawain and the Green Knight) are anonymous.

In the two films which follow (please click the appropriate links), I read directly from my translation and have added illustrations and samples of mediaeval manuscripts to add a sense of contemporary occasion to the proceedings! I'd love to hear your comments.

I hope you enjoy these two films. Thank you very much once again for the kind comments which some of you have been sending me either personally or via social media. Do please drop me a line about the book - I'd love to hear from you.

Support the next book!

In the meantime, if you would like to support the third book in my series of translations, William and the Werewolf, you can do so here; it would be lovely to have you on board for a third foray into the fabulous alliterative poetry of the fourteenth century! As always, every patron has their name printed and published in the back - famous for all time!

Wishing you all the very best for the coming year