I've recently taken a short break from my printmaking work for King Arthur and have been producing a small range of prints featuring animals and birds from mediaeval bestiaries. I'm so pleased with them I thought I would offer a small selection of them as pledge options for supporters of my King Arthur translation. Let me tell you more about them and how they were made... 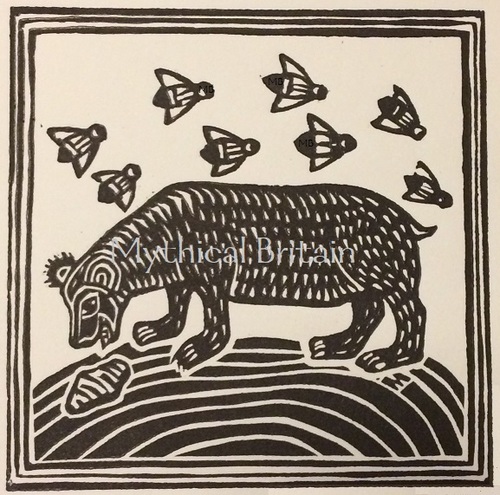 Bestiaries in the Middle Ages were akin to a natural history encyclopaedias. They describe natural subjects such as animals and birds and were designed to show that everything was the work of God and had a meaning to us as humans. The position of animals as exemplars of an unvindictive natural law is in marked contrast to the horrors and brutality of the actions of mankind.

I love the way mediaeval artists portrayed animals - including animals which they were describing but evidentially hadn't met. There is a wonderful naivity about the work which is endearing.

Many of my followers will already know that as well as being an historian and translator, I am also a printmaker. I am particularly interested in the style of mediaeval work and seek to replicate it in my work. There are many different types of printmaking; I specialise in linocut relief printing. My linocut work also illustrates my books.

For these prints I use square blocks, six inches by six. Following a preliminary sketch, I begin to cut at the block... 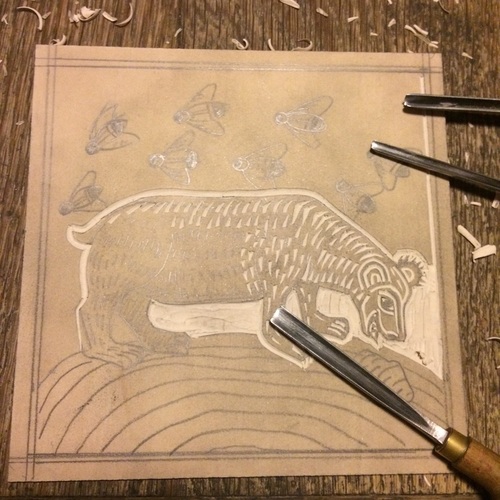 Slowly but surely, the image takes shape. Great care has to be taken to ensure there are no "high" bits in the sections cut away. It's generally not a good idea to listen to a Blackburn Rovers match on the radio with five minutes to go... 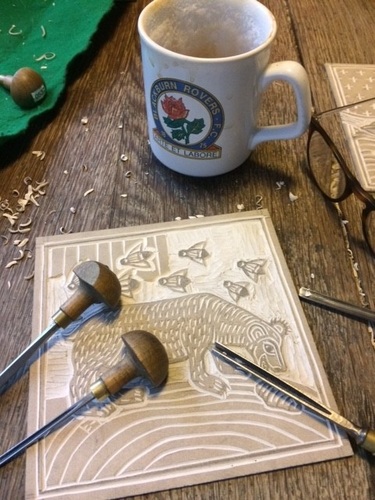 Inking is a sophisticated art. Too little and the print fails, too much and the detail is lost. Eventually you get an ear for the roller and an eye for the thickness of the ink. Here we see an inked up block featuring the hart of Richard II from the Wilton Dyptich... 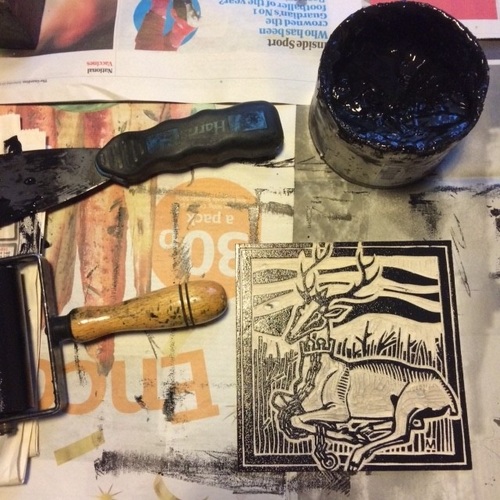 When working from home, I produce tests using a Victorian cast iron book press. I have no idea how heavy this device is but save to say it's probably as heavy as a small person; lugging it in and out of the kitchen is high risk - if I drop it , it will shatter. Test pressing lets me see the imperfections and remove them before printing on the Albion Press I use at my friend Sue Jones' workshop at the Stoneman Press in Essex. 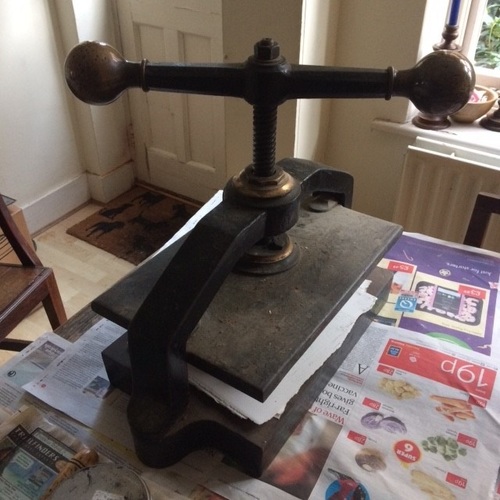 Pulling a print is all about feel. I draw the arm towards me and gradually bring the iron plate down onto the block and paper.I feel the plate push into the paper and the velvet blankets and reach a point where I know the ink has taken. It is all down to experience. 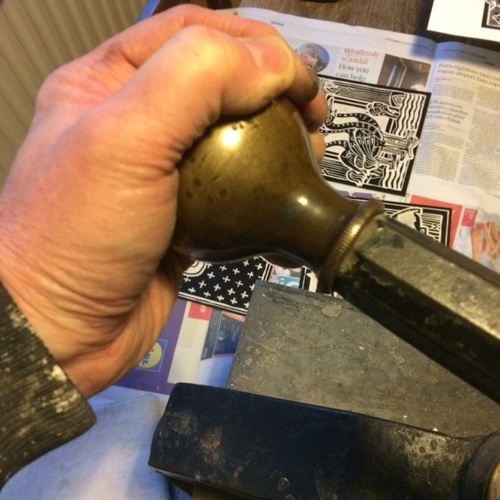 The tools of my trade

Each of these small prints probably takes about a day of cutting and then some time printing off until I get the images right. It is an incredibly rewarding process when it works but, as every printmaker will tell you, it's when it doesn't work that you are tortured with self-doubt and loathing! Below are some of the tools of the trade 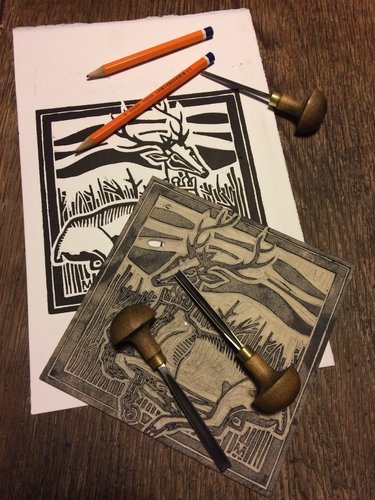 Would you like one of these prints - or a collection of five?

I'm so pleased with how these have come out I have decided to offer them as pledge options for supporters of my forthcoming translation of the fourteenth century alliterative masterpiece, King Arthur's Death. There are five to choose from (Dog, Bear, Cranes, Swan, Wilton Hart) or if you fancy a big pledge you can have all five (which also includes five copies of my book). You can also upgrade to one of these prints (or to all five of them) from your existing pledge if you'd like. Every pledge helps bring King Arthur alive once more! 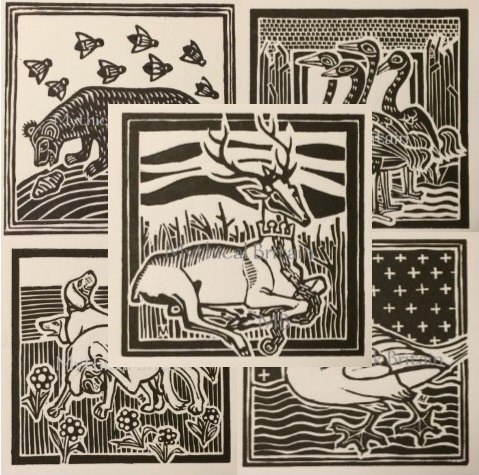 The prints will look great on any wall - seeing them in the flesh is quite different to what you see in these photos. And they're all signed by me too! If you know of others who would like to be a  named patron of the book, please do spread the word!

Here's to King Arthur in 2019 - only possible with your help, for which I am truly grateful.