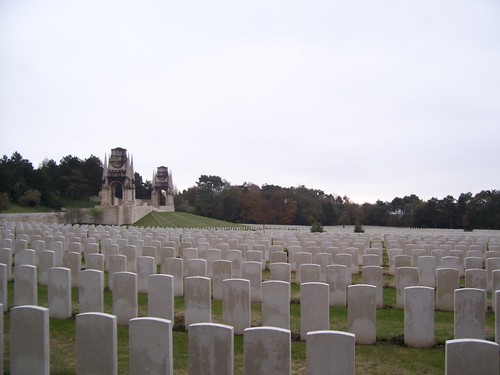 As Remembrance Day beckons on 11th November, 100 years after the end of the WW1, the war to end all wars, I am reminded of a trip I made a few years back in search of the graves of two of my great-uncles. Like all such quests, there is a sense of loss, futility and deep sorrow for those who sacrificed their lives in a manner so depraved and cruel that even now it beggars belief that leaders could have sanctioned it.

Of course, when war is stripped of its propaganda, its imagery and glory, it is nothing other than the savagery of one person against another legitimised by uniform, creed and national identity. Even now, in days of drones and distant satellites, human eyes watch as missles drop on people far away. Post-traumatic Stress is the new Shell Shock. Heroism takes new forms.

Leaders don't draw blood, only soldiers. When the bayonet pierces, when the machine gun shreds, when the tank explodes, once more people pass. With them goes forever some deep and treasured recollection of a once bucolic land. Factory friends, pints of mild, and football in flat caps. The rattle of a dusty mill, some country life, memories of harvest feasts and stolen kisses under the pure white may. Or indeed, the playing fields of Eton.

All fall victim. Where once sun streamed through dusty barns, now mud and guts and gore drip from the khaki bodies. Men die and scream for mother. Now women too it seems. Pals made pure on crosses in the slutch.

A different form of glory

In translating King Arthur's Death, I am conscious that we have been this way before. In a semi-feudal Christian society, such as that which existed when the Alliterative Morte Arthure was composed, society was governed not by nationalism but by fear of God. Below the Pope, Kings or Queens enjoyed divine right and nations - countries rather - followed them in pursuit of dynastic goals. The poor bloody infantry followed their leaders in warfare sanctioned deep upriver in a nuanced debate of ethical concepts in some darkened room.

KIng Arthur's Death has a tale to tell today. Yes it is a masterpiece of Middle English, a wonderful, epic, flowing poem of great skill and alacrity. But once it wasn't written in the past, it was written in the present. It was written as a statement in a century tired by war, brutality and death. It was written at once to excite and yet to reflect, to ask of its readers to consider the Natural Law and to embrace the complex depths of the concept of whether any war can actually be just. As its heroes call for Christ they slice and kill at the same time.

What King Arthur's Death tells us is that there were people in the land who did not concur with war, or its legitimisation. This poem, as I have said before, asks its contemporary audience to reject the glorification of war. It speaks of chivalry, heraldry and heroism but at the same time it pulls no punches in depicting the brute violence and biological degradation meted out by the most primitive of weapons.

At a deeper level, the poem asks us to consider whether it is ever right to compel our fellow human beings to kill for earthly reasons. Subtly, it demands of its participants that they question whether it is right or wrong, ethically or morally, to kill one another. Yet, perhaps, in showing simultaneously that their choices are limited, tt  also asks us, its readers, almost to forgive them.

In some subtle way perhaps, it places the combatants on a higher plain. In describing the sacrifice of their Christian ethics made on behalf of others, the poem places King Arthur's knights forever on a pedestal as a beacon for us all. If nothing else, the horror and gore rest in our minds as signs of what not to do.

Once and future kings - a personal dedication

For me, therefore, King Arthur's Death is timely. As Remembrance Day draws near, I think again of my two great-uncles, MT and EH Knowles, who were once part of a family slating business in my home town of Warrington. I am told with pride, by those who know, that they had a small fleet of horse-drawn waggons. Proud working men with working skills in a northern town. Nothing special - but special to us.

I think also of my grandfather as a boy being given cigarettes by his teacher so his mother could send them on to his brothers at the Front. And, when they never came back, I think of those who were left to grieve at home - parents, wives, children, brothers, sisters, cousins. I do not think they ever saw the places where those slaters lie across the English Channel.

Well, I have seen their graves and spoken with them both. When my translation of this magnificent and reflective anti-war poem of the fourteenth century is published, I will dedicate King Arthur's Death to these two suns of Warrington whose rays lie forever dimmed in the fields of France.

At the going down of the sun, and in the morning, we will remember them - and all those other brave young souls of many different faiths whose bodies lie lamented in some far-off, distant land. In speaking of your suffering you are once and future kings.

Matthew and Edward, who died one hundred years ago, you are not forgotten. This book is for you.