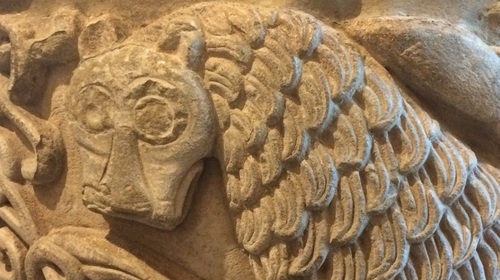 When I am translating - and writing about - the fourteenth century poets who inspire my work, I am also inspired by the world in which these poets lived. Theirs was an environment in which people's lives could be cut short in an instant, when food supplies could collapse, when plague, pestilence and war were never far way. A terrible time but also a time of beauty and great cultural richness.

In a time of fear, folk at every level of society turned to religion - and it is the rich religious legacy of mediaeval period which for me is truly inspirational. Despite the predations of Henry VIII, the puritans of the 17th Century, and the stultifying gothic "restorations" of the Victorian period, there is much still to be enjoyed in the landscape to enrich our lives and enhance our understanding of those distant times.

One such example is the magnificent Romanesque font in the church of St Mary Magdalene at Eardisley in Herefordshire. In the attached film, I take you on a brief tour of this stunning example of the Herefordshire School of Romanesque sculpture, dating from around 1140. It is one of the jewels of the British Isles. 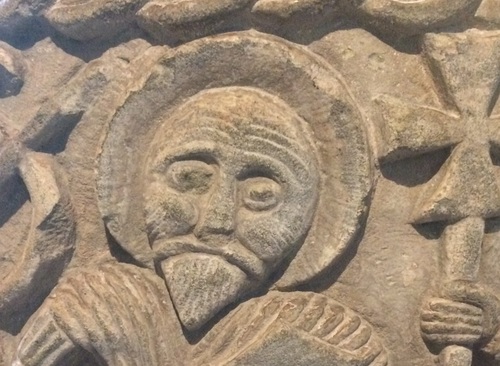 The font draws for its own inspiration on the story of the Harrowing of Hell, in which Christ descends into Hell after his crucifixion to release from Limbo the souls of all the righteous left there since the creation of the world. We see on this font a magnficent detail of astonishing wealth. The style of the font blends Celtic, Norman, Norse and Romanesque influences and shows us in one fell swoop the brevity of life and the fear in which folk lived in those far off times. 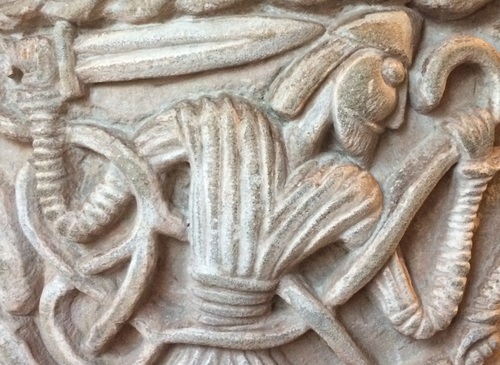 Curiously, the font also features two fighting warriors which are not related to the story but may represent the struggle of those trapped forever in Hell for deeds done on earth; people doomed for ever to be tortured by the Devil. Some sources have intepreted the figures as indicative of an earthly struggle between two local magnates at the time the church was constructed.

While the font at Eardisley dates from c.1140, and predates Gawain and the Green Knight and King Arthur's Death (the Alliterative Morte Arthure) by some 250 years, this does not mean it was somehow irrelevant. While styles moved on, the power of the stories and the religion they represented were as great as ever they were: these carvings spoke as much to Richard II as they did to Henry II. Life was still short; plague, war and pestilence still prevalent.

Hence, these tales also speak to me. In so doing, they compel me to dig deeper into the stories and mythology which the poets of the late Middle Ages knew so well. They also inform how I illustrate my books and the context and emotion I place into them.

In hidden churches and distant lanes, the old ways come alive. I hope they do for you too.

PS: As ever, if you have friends who would like to support my translation of the Alliterative Morte Arthure, please do suggest they support/pre-order a copy of it. My personal target for the pledger's edition of the book is to achieve over 350 named supporters if I can (currently 261). Please do share this post on your own social media accounts if you can; I'm exceptionally proud of this latest translation and, despite the title, it has an exceptional relevance for today's troubled Britain and holds a mirror to arrogance still..