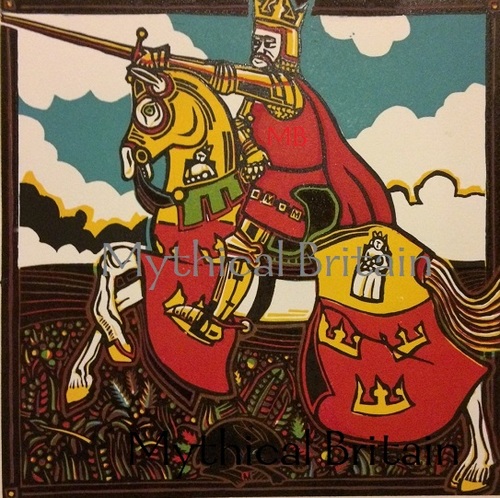 Today a new milestone was reached in my translation of the Alliterative Morte Arthure (King Arthur's Death) - the manuscript and all the illustrations has now been sent to Unbound. The book now begins the next part of its journey - becoming the book which you helped to make happen!

This has been an all-absorbing project over the last eighteen months, using up every last ounce of my spare time and will-power, during which much of the rest of my life has practically been put on hold. It has been hugely absorbing - and fascinating at the same time. To my friends I have neglected along the way, please accept my apologies; I hope you will find the outcome worthwhile.

I have put everything into this book to make it the best I possibly can. I have approached the translation in a highly demanding way to make it as true to the original and as flowing as possible; details of the approach I have taken are described in the book - I think you'll see I have not made my life easy!

As well as the translation (which, by the way, I am tremendously pleased with for its authenticity and its metrical pace), I've also produced a raft of linocut images which I hope really suit the tone of the book and its original intended message. Some of these, even if I say so myself, are pretty spectacular and will be worth the wait!

A window on a past age

All along, I have wanted this book to evoke the age in which the poem was written. I really think it will be a window into the first decade of the fifteenth century, shedding light on a time of tremendous political uncertainty (not unlike our own). I've done everything I can to provide a detailed history behind the poem so that it can be understood in the context of its age; as well as an historical introduction, I have also provided a comprehensive glossary and detailed notes and bibliography to help with further research.

So much more than a story

This book is a translation of a magnificent King Arthur poem, but it is so much more. It's a deep look into the psychology of kingship, the successes and failures of leaders and the morality of the decisions they take. To coin a phrase, it's King Arthur, Jim, but not as we know it!

I'll keep you fully posted with more updates as we go along but, in the meantime, can I thank you once again for all your support along the way. If you know of others who would like to support the book, please do let them know and, if you would like to upgrade your pledge to acquire one of the many special pledge rewards (including an original version of the image in this post), please feel free to do so.

With kind regards and warm thanks for all your support,