You Are So Much More Than Your Job

Resilience, reframing, redundancy and everything in between

Remember that time when you wanted everything you have right now? Hold on to that.

When I was living in a house share with a family whose grandmother thought I was the devil reincarnate (apparently a couple of late-night stumbles through the doorway and an unfortunate choice of Halloween outfit had put her nerves on edge), I never for a second thought I’d end up happily married living in the ‘Shire’ with a small person and hedgehog house. It is a lovely hedgehog house. We all at various inconvenient times in our lives have been made to move our goals and roll with the punches, but give yourself a little credit for getting to the point that you’re at now – in fact, list out five things that you’re grateful for and/or never thought you’d achieve and keep it in your purse or wallet for those moments when you wonder just what the hell this wonderful thing called life is all about.

I’ll start: 1) The sun is shining, 2) I have an expertly brewed cuppa in front of me, 3) It’s nearly Spring, 4) There’s chocolate with my name on it in the fridge and 5) If I go for a brisk walk it will level out the chocolate. Obviously not profound, perhaps dig a little deeper for the gratitude you carry around with you daily, but case-in-point that you can find positivity in the smallest of things, you just need to look.

Social media undeniably has its part to play - we’ve all been warned about the dangers of it, no matter what age you are. I’m guilty of it myself – I was told I was at risk of redundancy the day after I won a national award (more on this later), yet the photos I posted still showed me in the ‘afterglow’ of my win, feeling honoured, astounded and very lucky. Whereas at the same time I was also desperately trying to arrange meetings with lawyers to thrash out my settlement, whilst searching for a new job that ideally would be equally as fulfilling and seeking independent financial advice. It also stopped us trying for a second baby, something both my husband and I were eager to be ‘get going’ on with, I’ll leave it at that. None of this made it to social media – I wasn’t honest. I wasn’t prepared for the ‘I told you so’, or ‘Look how far she’s fallen’. I wasn’t prepared for the inevitable negativity. I hope there are those of you reading this and thinking, yes, but Kim, genuine friends that love and care about you would’ve only wanted to support you in your hour of need, and you are undoubtedly right, dear reader, but as one of the world’s great over-thinkers, for me it ultimately came back to garnering a sense of control from the situation; the fewer people I told the fewer difficult conversations I would have to have, and batting off of ‘oh no, I’ll be fine, don’t you worry about me’. The employment equivalent of the break-up of a long-term relationship and equally as painful.

A quote of note: ‘The first people you call when something good happens because you know they’ll be happy for you, those are the people to keep close’.

I don’t think I need to explain that one.

I wish I had the skin of a rhino as opposed to a caterpillar – though caterpillar’s morph into butterflies, so perhaps not the worst of comparisons.

Comparison is a key word here – many a wise person has cited that ‘It’s the thief of joy’, and speaking from maybe a little too much experience, it truly is.

The final project I worked on at my last job published weekly the month after I’d physically left the building, so I had a few more weeks to bask in the accolade on a career level, but as the last one was broadcast I soon found out that the company had extended the project and made it bigger and better and essentially gone on without me. It was a kick in the teeth, but I genuinely believe, and still do, that what is meant for you doesn’t pass you by.

Plus, as much as people tell you to never look back, there does seem to be a common theme in my work to date in that I’d never been one to stick at the same thing for too long anyway. I’d always fully committed, put my heart and soul into the task at hand and then sat back to behold the fruits of my labour. It’s during this period of ‘taking stock’ that I often begin to look round and start to wonder ‘what’s next?’. Make your mark and move on, that’s always been my mantra, it may not work for you, but I’ve found that it certainly keeps life interesting which keeps my hairdresser in business if nothing else.

It’s also true to say, that if you keel over the world keeps on turning – the first time I was made redundant this really hit home. The day after I found out, returning to the office a colleague asked what I’d done that evening, to which I replied, ‘My washing and ironing actually’ – life keeps going, and so must you, however mundane and also however much that involves pulling up your big girl pants up and cracking the hell on.

As Elizabeth Taylor said: ‘Pour yourself a drink, put on some lipstick and pull yourself together’. Thanks Liz. She’s on to something though, if you ever read advice on the best way to present yourself, or tips for the next ways of approaching public speaking, they often incorporate suggestions of what I like to call ‘peacocking’ – ways that you can puff yourself up prior to a big event and present the most beautiful version of yourself – anyone who’s ever witnessed the full plumage of a male peacock in full show can appreciate the view. Often it can involve a ‘power stance’, think Usain Bolt pre-100 metre sprint; it’s suggested that you find a suitable place to do this prior to your ‘performance’ – I’m thinking more toilet or quiet meeting room rather than in full view of your bemused peers, but whatever floats your boat. The key here is an action that insights confidence, you are priming your body with the tools that it needs to perform to the best of its ability. Clever, eh?

A first-edition, hardback edition, the ebook and your name in the back of the book. 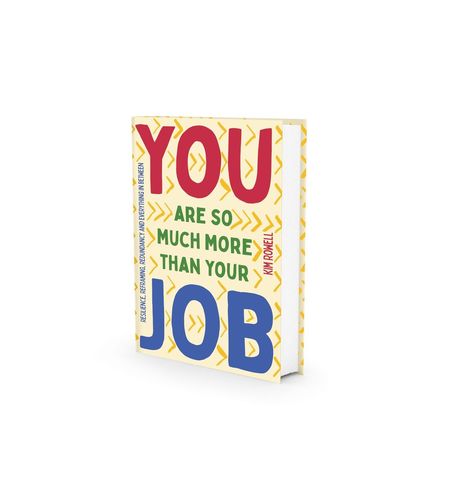 A signed, first-edition, hardback edition, the ebook and your name in the back of the book.