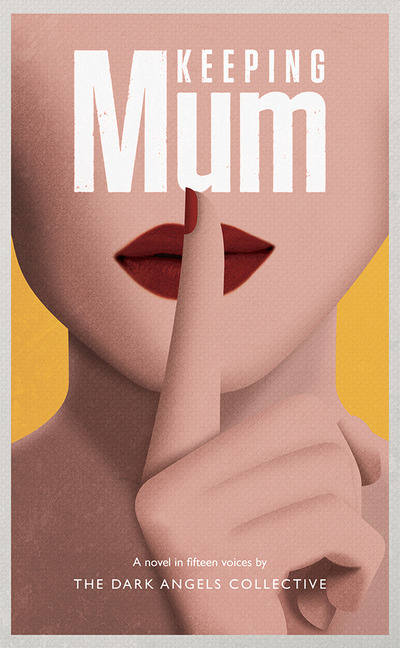 Campaigns | Fiction
You made Keeping Mum a reality. It's available in all good book stores now.
$4
73 pledges

Ticket to the launch, first edition hardback signed by all authors plus the ebook – pledge by 31 July 2013

Be In The Book!

Be a named character in the book, ticket to the launch, first edition hardback signed by all authors, ebook – pledge by 30 June 2013

A place on either a foundation or an advanced Dark Angels writing course; ticket to the launch; first edition hardback signed by all authors plus the ebook

Two nights full board for two at Balavil, the Scottish country house behind the novel, including dinner with an author, ticket to the launch; first edition hardback signed by all authors plus the ebook

'The Box' – all the original flip chart papers and maps, plus authors’ notes and drafts, ticket to the launch, first edition hardback signed by all authors plus the ebook – one only!

Has it been done before? We don’t think so. Yes, there’s been dual authorship (is that the right term or is it a theological concept?) like Nicci French, Ellery Queen or Sergeanne Golon (remember lovely Angelique?). But, fifteen writers collaborating on the writing of a novel? It’s more like something that happens in television – a stable of writers developing the on-going story of EastEnders or Mad Men. Then again, thinking about it, there was the King James Bible.

But these fifteen writers aren’t scholars or translators – they’re Dark Angels. Now Dark Angels, these Dark Angels, aren’t bikers or Goths or heavy metal rockers; they’re an eclectic bunch of writers who have come together through the Dark Angels creative writing programme (now entering its tenth year) and, having been through three course levels together, are embarking on their second collaborative project (the first, last year, was an exhibition, pairing with visual artists, at the Oxford Story Museum called 'Other Worlds').

The next challenge was to write a collective novel. How do you do that? We had no precedents. So we had to invent our own process. First step was to get fifteen writers to an interesting and remote Scottish country house for a long weekend of planning and writing. Our starting point had been to read William Faulkner’s novel, As I Lay Dying. We thought this was a useful model as the story is told from the viewpoint of a number of characters, each chapter being a different voice.

So, once gathered together around the fire in the coldest March on record, we started to create characters to tell a story about a woman who dies in a Scottish country house – and whose family decide to transport her body back to London in a white van via a few special, possibly secret-laden locations. It seemed to have some comic possibilities – and other possibilities too, poetic, psychological, philosophical. It’s an adventure we’re writing and it’s an adventure in writing.

Follow us, support us – come along for the ride. We plan to deliver a stonking good story.

1st edition hardback and the ebook edition.
View all 9 rewards