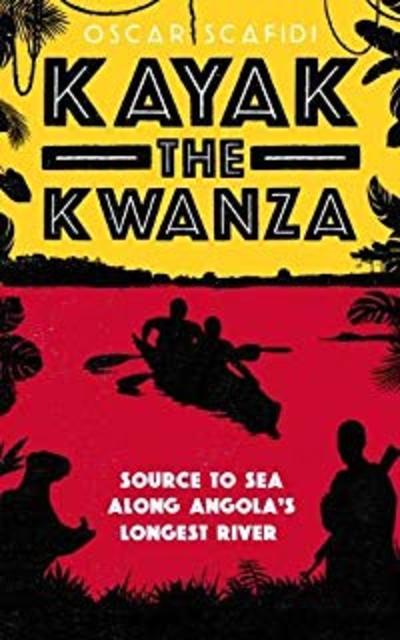 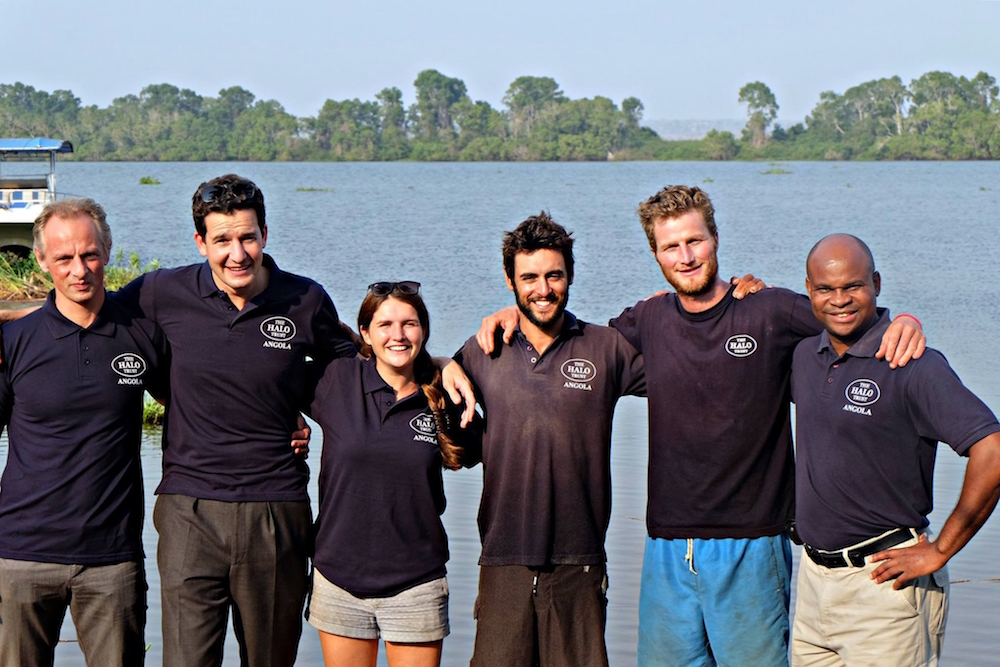 In August 2015 Oscar Scafidi and Alfy Weston set out to kayak and hike 1,300km along Angola’s longest river, the Kwanza. This is the story of their 33-day expedition in a 1960s Klepper collapsible kayak as they journey through some of the last remaining wilderness areas in Africa, while avoiding hippo attacks, waterfalls and security forces. The journey was in support of The HALO Trust, the oldest and largest humanitarian landmine clearance organisation in the world. Angola requires The HALO Trust’s assistance due to the brutal civil war, (1975-2002), in which 500,000 people died and over 20 million landmines were planted.

We begin with an account of our arrest at gunpoint in the middle of the night, twenty-four days into our expedition. Weapons are pointed into our tents, we are handcuffed, beaten and taken into police custody for spying.

Following nine months of intensive preparations, I fly back to Luanda and rendezvous with Alfy to begin the expedition. We are dropped at the source of the Kwanza, then drag 100kg+ of gear over 50km to an entry point. We spend our first week extremely cold and isolated. Aggressive hippos, responsible for thousands of deaths in Africa each year, are a constant source of danger.

Before completing the first third of the journey, we crash and sink the kayak in rapids. Alfy almost drowns. We are rescued by diamond miners who help us repair the Klepper. My feet are injured.

The river ahead is filled with hippos and illegal diamond miners. We camp with the miners and learn about their industry. We complete some long sections of portage and hike through the Luando Nature Reserve, home to Angola’s national animal the Palanca Negra, one of the rarest mammals in the world. It is also home to a man-eating lion. On the final stretch of this section, we are attacked by three aggressive male hippos, but narrowly escape.

Having been arrested by security forces for camping near a site of strategic interest we are held in a cell for the night, then driven 135km to police HQ in Malanje. Here we meet our nemesis Police Commissioner Bernardo, who arbitrarily decides to end our expedition. Our gear and passports confiscated, we are interrogated for two days, before being driven to Luanda (375km away).

In Luanda we are arrested at gunpoint and taken to a deportation processing centre. The British and Italian embassies have to intervene to persuade the Minister of the Interior to prevent our deportation.

Upon release, and against Embassy advice, we head straight back onto the river to complete the expedition. We complete the last 220km at high speed in total secrecy, dodging police checkpoints. We finish the expedition on 6 July.

Our expedition raised $25,000 for The HALO Trust, funding the deployment of two demining teams down in Cuito Cuanavale for a month. The documentary film we made of the journey was aired in film festivals in Cyprus, USA, UK, Canada and Australia, helping to publicise The HALO Trust’s vital work internationally.

The authors will be donating 25% of the profits to support The HALO Trust's continued work in Angola.