Just Where You Left It . . . and Other Poems

How to Survive School, Parents and Everything Else That’s Unfair in Life

Just Where You Left It

“Mum I can’t find my shin pads and it’s football today.
It’s the 3rds v St Wotsits and we’re playing away.
They’ve got that big bruiser who plays at the back,
Where the hell are my shin pads? He is prone to hack.”

“They’re just where you left them, why’s your memory so poor?
Just under the radiator by the back door.”

“Mum I can’t find my door key, I think it’s been stolen.
Or maybe it fell from my pocket with a hole in.
So it IS partly your fault. Can you get me another?
You did it for Daniel and he’s my big brother.”

“Conspiracy theory is not a bad call
But it’s right where you left it, on the tray in the hall.”

“Mum I can’t find my biro. And it’s NOT ‘where I left it’.
I used it for homework so don’t even suggest it.
I left it right here so YOU must have moved it,
It’s your fault, it’s obvious, and HA!, I’ve just proved it”.

“You’ve got me. I’m guilty. Arrest me. But wait…
What’s that, where you left it, right under your plate?”

So how DO Mums do that? They have a sixth sense
For locating my iPhone or an old fifty pence.
It’s the same for our Dad too. If he needs the remote
He just asks our Mum and it’s Murder She Wrote…”

“If you got off your backside and looked under the couch
It’s there, where you left it, now mow the lawn.” Ouch.

There must be a cheat way that Mums win our deference.
They hide stuff, and map it, then learn the grid reference.
They memorise items and their hidden location.
Then have all the answers, like it’s their vocation.

“That’s right, you believe that while you’re all away
We’re just where you left us, doing nothing all day.”

We Have Ways Of Making You Eat 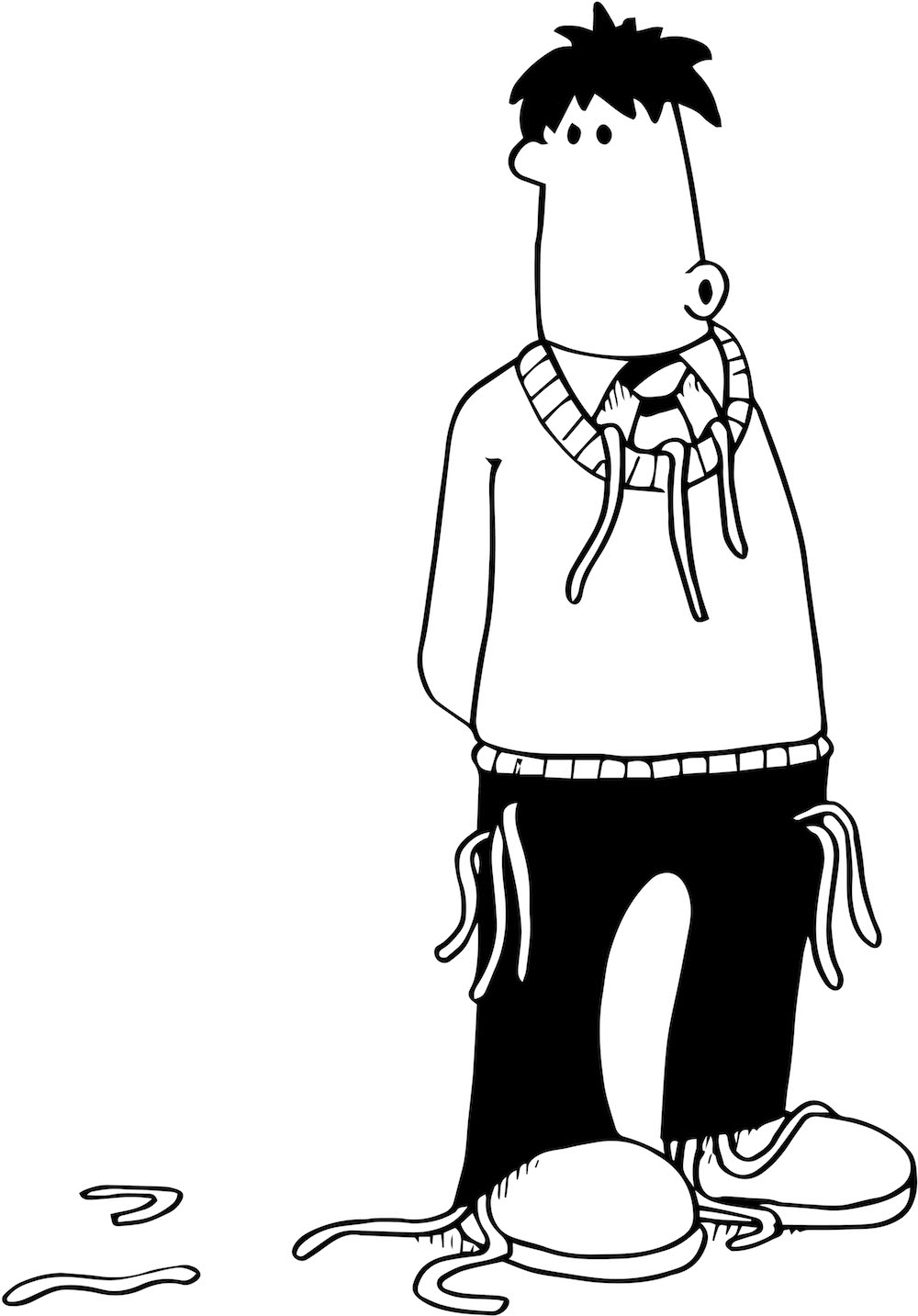 School rules are often stupid,
To do with bells and pegs.
Shirts must be tucked in trousers
And socks cover half of your legs.

But lunchtime brings The Great Escape.
The Dining Hall is Colditz.
The menu is from World War 2
And you cannot eat the old bits.

There’s food you won’t find anywhere else:
Spam fritters and school liver.
And turkey twizzlers that made their name
Because of Jamie O’liver.

The dinner ladies patrol the scene
With Gestapo looking features.
They’ll spot any food that’s left on your plate
And report you to the teachers.

So the people who are legends,
And the ones who set you free,
Are the Food Escape Committee;
‘F.E.C.’ to you and me.

We’re not talking here about everyday feats
Like faking certain allergies.
Or scraping eggs behind radiators
And aversion to the calories.

We’re talking real heroes here,
The ones with real worth.
The sort who’d dig the tunnels
And then disperse the earth.

Boys like ‘Goose’ McGinty
With a Brussel Sprout in his locket.
Or ones like ‘Mad Max’ Redmond
Who hid Bolognese in his pocket.

Or Josh ‘White Laces’ Russell
With spaghetti in his shoes
And his pencil case containing
Hidden beetroot for the loos.

But the ultimate name we all revere
With his smuggling of fish pie
Was Ben ‘The Mole’ Carruthers
Who hid the lot inside his tie.

Never was so much smuggled out
By the few who ate so little.
They fought for menus ‘a la carte’
And for doughnuts with jam in the middle.

“We want puds with custard and cream.
We want lychees rather than leeches.
We know our expedience will improve ingredients
And we’ll fight them on the peaches”. 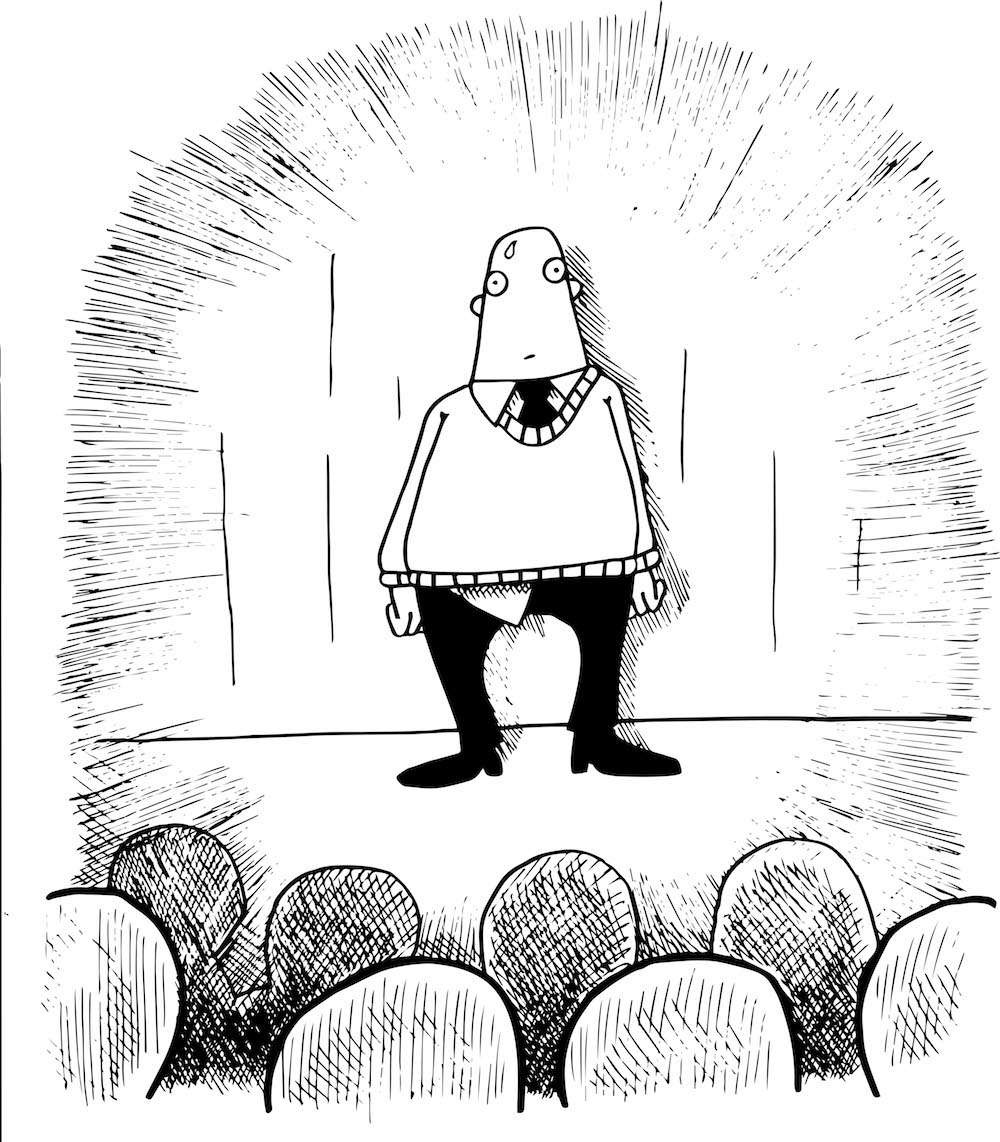 My palms are sweaty, my mouth is dry.
There is the stage. I ask myself why
Do I have to do this? It's not fair
To force scared boys to read up there.
Up all alone, when it's your turn.
No text to read, they make you learn.

The first boy up is a nervous wreck,
Just stood there on the burning deck.
Parents to right of him. Parents to left of him.
It's all too much and the room starts to spin.
The next boy comes on. Will he be all right?
"Tyger! Tyger! burning bright...".

'That's much more like it' the audience is thinking.
The poor boy spots that his Father is winking.
His Mum starts smiling and nudges his brother.
'I did this at school' says the amnesiac mother.
'In fact I'm sure that I won first prize'.
Matilda told such dreadful lies.

The next one's modern and nobody knows it.
They can't comprehend but nobody shows it.
They prefer the ones they learnt as a child:
Iambic pentameters, not text running wild.
"Dulce et decorum est" -
The old ones really are the best.

There's parents and teachers and sisters and brothers.
The judge seems quite nice but then so did the others.
And they didn't seem to be condescending;
They liked your beginning but preferred your ending.
"Kiddies and grown ups too-oo-oo".
(I'm desperate for the loo-oo-oo).

I'm up on stage and I know I don't know it.
I can't even remember the poem or poet.
I can't even start - my mind is just hollow.
If I get the name then the rest just might follow.
Was it Kipling (Rudyard) or Byron (George Gordon)?
Was it T.S. Eliot or W.H. Auden?

"I must go down to the seas again, to the lonely sea and the sky"?
Or anywhere that is not here to just curl up and die.
"In Xanadu did Kubla Khan a stately pleasure-dome decree"?
I'd rather be there than standing here or be anyone other than me.
"Jellicle cats are black and white, Jellicle cats are rather small".
I'd take being a cat, a spayed one at that, anywhere but in this hall.

I struggle on and get through somehow,
I've blown it but feel better now.
My parents grin and stick thumbs in the air.
Do they know nothing or do they not care?
The judge will know and will give me worse.
'Nul points' is not a score for verse.

He's very kind - a small white lie.
He says the standard was quite high.
"Horatio At the Bridge" he rated second.
"Beans, Beans" had won (the whole crowd reckoned).
The judge thought not and chose a child
Who delivered with style his Oscar Wilde.

It's all over. Home seems not far.
The parents chat and won't come to the car.
"I thought you were great" my friend's mum utters,
My Dad just says he preferred the stutters.
He also thinks I deserved a prize.
Proving old age won't make you wise.

So just twelve months 'til we go again.
The stage will be set for mice and men.
I do believe I'll get it right,
"I must try harder" 's what I'll recite.
I'll work so much - I'll even rehearse
To ensure I change from bad to verse.

A copy of the hardback print edition plus the ebook.
View all 10 rewards