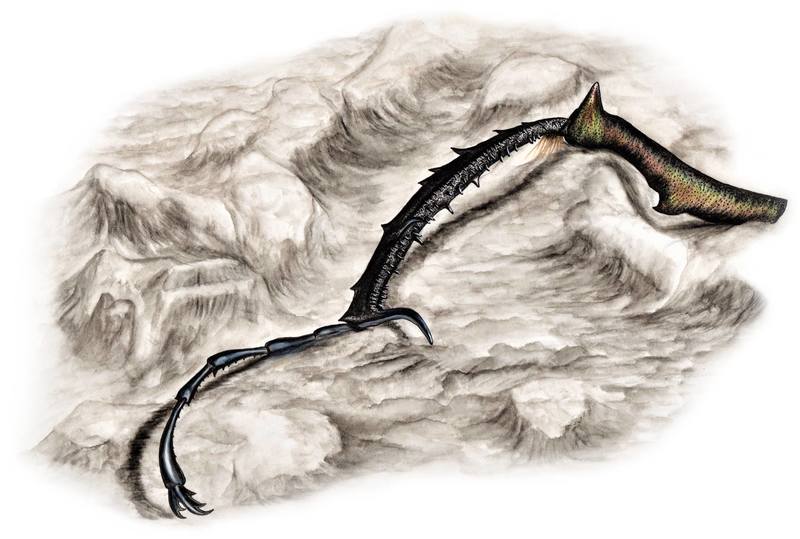 ‘Is that a twig?’ I murmured, leaning over to take a closer look. What drew my attention was a reflection, which I thought came from a piece of metal. I took the dark object from the mud and swivelled it between my fingers, trying to see where the reflections came from. As I tilted it against the dwindling light, flashes of rainbow colours seemed to appear from nowhere. The truth suddenly dawned on me and, for a moment, I could have sworn that my heart stopped beating.

It was an insect’s leg, but monstrous – outstretched, it measured nearly five inches long, and was equipped with spikes and claws that seemed far too large for any insect. In my state of ecstasy, I felt like the fossil-hunter who had just discovered the arm of Deinocheirus, as I was equally baffled by my find. I trembled at the thought of discovering its owner, and looked up at the dark shapes of the foothills towering above me – somewhere in there, in the depths of the jungle, lurked a creature that might have never been glimpsed by humanity before me. I carefully folded the limb into a glass vial, and followed the villagers as they disappeared into the forest. 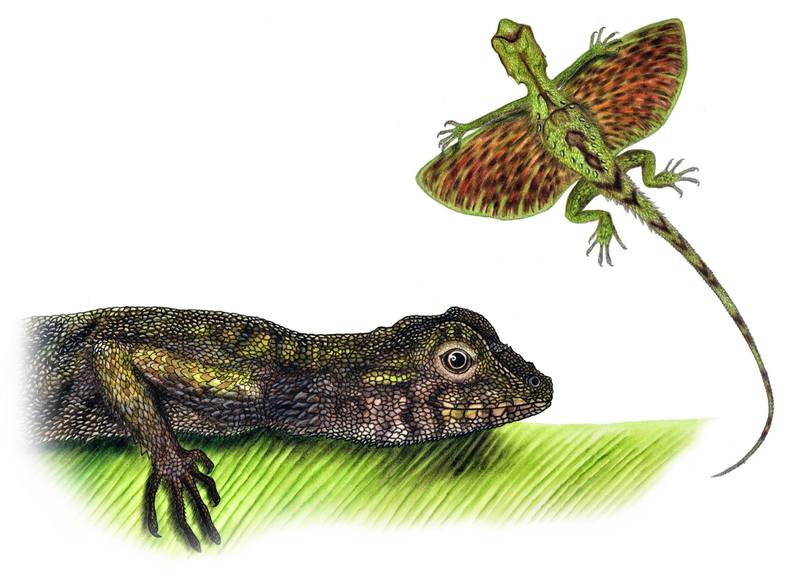 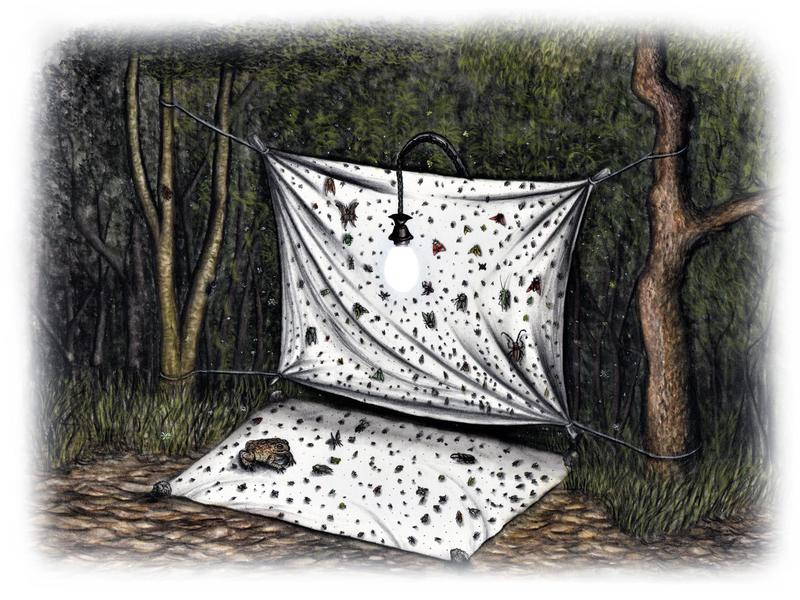 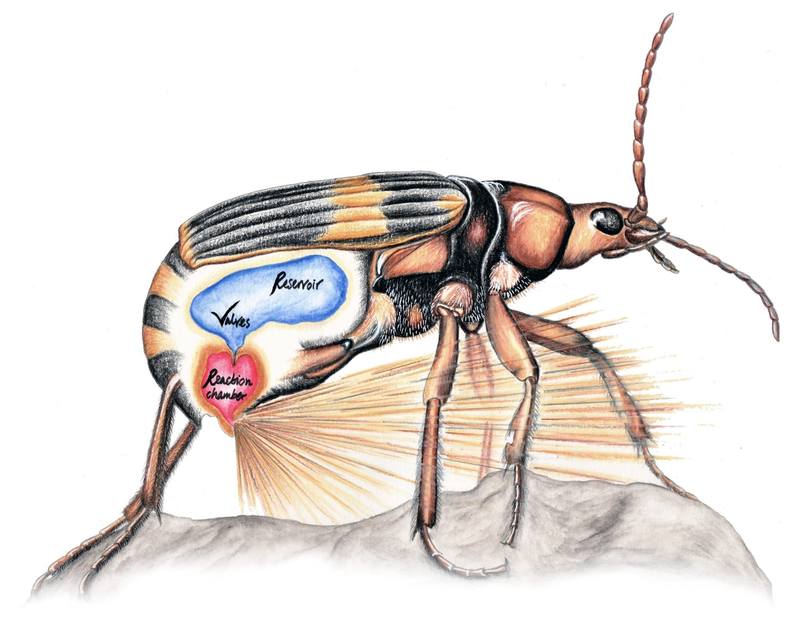 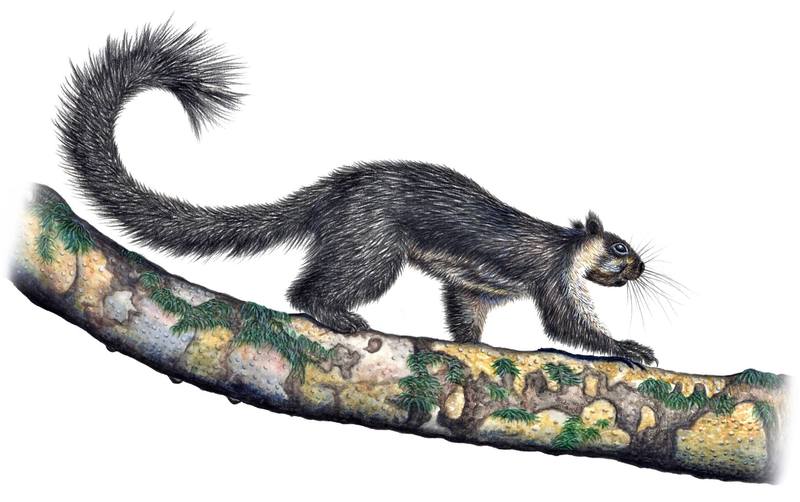