The Half Life of Joshua Jones

A genre-busting novel about love, death and self-discovery from the best-selling author of Random Acts of Heroic Love

Here is a sneak preview of the book cover. 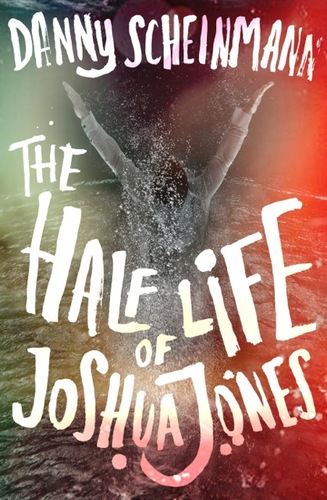 Looks great, doesn't it? But the question on everyone's lips is when is it going to arrive. It's a good question. Publishing a book seems to take an inordinately long time but there are reasons for it. I spent the best part of a month editing with Liz Garner. She sent me an initial appraisal of the book summarising the themes and characters in the story. From this I could tell that I had largely managed to properly convey my intentions. We then met up and spent 4 or 5 hours talking about the book. Lots of great ideas came out of it and Liz sent me seven pages of detailed notes concerning structure and story. At that stage it was all about the bigger picture. A writer is not obliged to follow an editors suggestions and there may be vigorous discussions. I know some writers who defend every line but I come from a tradition of improvised collaborative theatre and I valued Liz's input hugely.

Once the big picture was clear we went back to the start and began to fine edit. At this stage we were working at the level of the sentence. It's about clarity and removing overstatements and clichés. By August 8th the book had been fully edited. and a completely new idea had emerged. There was an opportunity in the story to explore Joshua's dormant artistic talents. What if we used illustrations?  My wife suggested Hannah Cutts from Cutts Creative in Australia. They had been at school together, where Hannah had already gained a reputation for the subversive and witty sketches that she posted anonymously around school. I knew her work would be perfect for the book. It took around 5 weeks for her to get the 26 illustrations done. Drawings have been flying backwards and forwards through the ether until at last we were both happy. Her pictures are amazing, you are going to love them.

Even with the edit and illustrations done there is a long way to go. The copy edit works at the level of punctuation and grammar. The copy editor will also make sure there are no tiny inconsistencies like mistakes in passages of time. You'd be surprised how easy it is to describe an autumn day when, according to something you wrote 30 pages previously, it should be summer.

Although we shouldn't judge a book by its cover, people do. We chose to work with Jon Gray who did the artwork for Everything is Illuminated by Jonathan Safran Foer and managed to bag a great photo from my brother who is a professional photographer.  I hope you like it.

Finally you have to type set the book, proof read it and print it. Unbound have a printing schedule and can only print so many books a month so everything depends on how many books are coming out in a given month. Finally there is a distribution schedule which is about establishing when is the most advantageous time to put the book in shops. My book will appear in shops in March/April which should mean that my supporters will get the book by January at the latest. And, if we possibly can, we will get it to you sooner but we can not promise that. Please forgive the delay.

PS. It is still not too late to pledge for the book and get your name in it or buy it as a gift and put someone else's name in it.

Knew it would take time -- very interesting to hear the details of what goes on! Cover looks great! Know it will be worth the wait, cheers!

Thank you very much!! I was expecting some news of the book. And it's very interesting knowing about the process of publishing.