The Half Life of Joshua Jones

A genre-busting novel about love, death and self-discovery from the best-selling author of Random Acts of Heroic Love 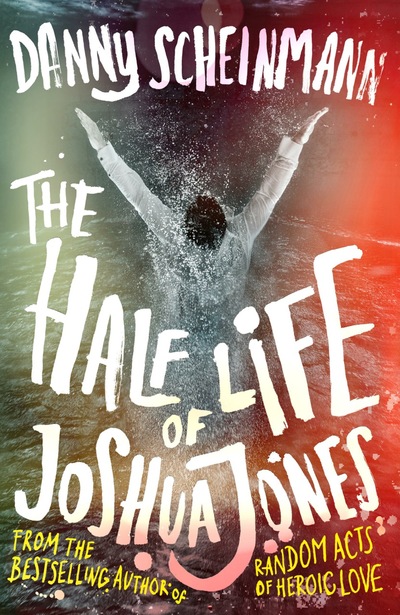 Fiction
You made The Half Life of Joshua Jones a reality. It's available in all good book stores now.
$8
82 pledges

Joshua Jones is at a crisis point in his life. Recently unemployed, his wife has left him for another woman, and he’s just lost his flat in Finsbury Park. Now the bailiffs stand at the door demanding the keys. His mother, who is unaware of his impending homelessness, has invited him round for lunch. He hands over the keys, says goodbye to his flat and sets off to see her – but a chance encounter with a beguiling stranger called Angela triggers a course of surreal events that prevent him ever arriving.

Angela, an impulsive, pale faced femme fatale has also reached a low point in her life. They spend their last pennies in a café and drawn together by their common plight they share a moment of reckless tenderness, as if all the world’s troubles can be chased away in the arms of a stranger. But with his lips still warm from her kiss, Angela abruptly walks out of the café and, throwing him one last look, quite deliberately steps off the pavement into the path of a passing bus.

Inexplicably Josh pretends that he is her boyfriend and from that simple lie onwards their fates become inextricably entwined. As she lies in a coma in hospital he tries to find out who she really is and why she wanted to commit suicide. Soon he realises he is being followed but he doesn’t know why. He finds a mysterious box which he can’t open and an anarchist called Mikey seems intent on killing him.

As his obsession with Angela grows, he becomes increasingly disorientated and he begins to question his own sanity. It is the shocking discovery of Angela’s real identity that finally turns his life inside out and reveals to him the chilling truth about himself.

The Half Life of Joshua Jones is a beautifully written page-turner full of fantastic set pieces. A unique combination of thriller, psychological drama and fairytale with a wonderful blend of dark humour, terror and wonder. It will grip you from first page to last.

1st edition hardback and the ebook edition
View all 3 rewards