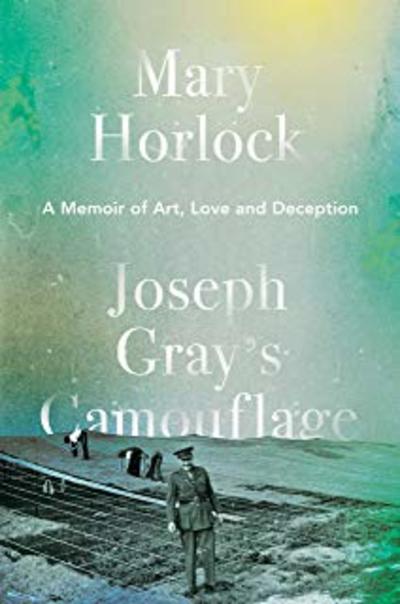 
Joseph Gray’s Camouflage is a book about love and war, and the deceptions they inspire.

Joseph Gray was my great grandfather. He was an artist and a soldier, but I’ve come to wonder if his greatest accomplishment was what and how he hid. Joe fought, drew and painted the First World War - his illustrations appearing in the popular press and his canvases bought by museums - but during the Second World War he found a new creative outlet, the art of camouflage. I was aware of his career as a painter, but it was his secret work in camouflage that had always intrigued me - the idea that he went from representing reality to hiding and disguising it.

Then I learned that Joe’s growing interest in camouflage concealed another, deeper subterfuge. Not only did my great grandfather use his art to find fresh purpose in wartime, but it allowed him to lead a double life. He disappeared from the family he’d already created when he fell in love with another woman, whom he’d eventually marry. He wrote at the time: ‘I cannot camouflage what I feel’, and yet he did, constantly.

This is a multi-layered story about art and camouflage, love and war, but it’s not just Joe’s story. Joseph Gray’s Camouflage investigates the developing art of camouflage between the two world wars and casts a wider light on the unlikely and often very unmilitary people who made it happen. Joe was one of a wider band of artists who found themselves surprisingly useful to this part of the War effort. My archive research and interviews reveal many new sides to this fascinating subject.

These are stories too good to go untold, but so far they have. After the War Joe all but disappeared: his book on camouflage was never published, and he refused to sell or exhibit his art in public. He preferred to stay hidden. But sometimes you need a bit of distance to see things clearly, and I’d like now to bring my great grandfather’s strange and unusual life back into focus.

The Ration Party painting shown in the video is copyright Imperial War Musuem.