The hidden connections behind fascinating facts. 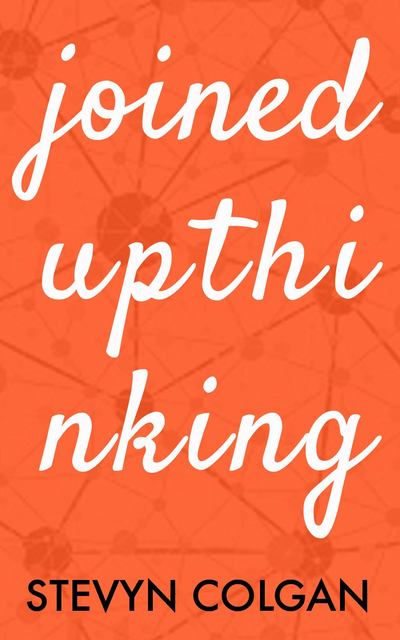 Non fiction
You made Joined Up Thinking a reality. It's available in all good book stores now.
$4
67 pledges

Digital version of the book in .mobi and .epub formats.

What is the link between the Sex Pistols and crude oil; between Isaac Newton, Pink Floyd and a suicidal dwarf on the set of The Wizard of Oz?

What have Douglas Adams, Schrödinger’s Cat and The Vicar of Dibley got in common?

Discover why giant sloths, Christopher Columbus and avocados are mysteriously linked; and why you might think twice the next time you’re offered a dip of guacamole.

Ever had the sneaking suspicion that everything in the world is connected in some small, secret way?

Joined-Up Thinking takes the British love of trivia to a whole new level, brilliantly linking obscure but fascinating facts in a dizzying game of ‘six degrees of separation’. Each chapter begins with a bizarre fact, spins off on a weird and wonderful journey of hidden connections and, with a final flourish that gives you a shiver, brings the loop full circle...

Along the way you’ll discover Scooby Doo’s real name, be shocked by the ultimate weight-loss diet of the 1920s, and find out how to hypnotise a chicken (or indeed how to give one a heart massage, depending on your mood). At once funny, wonderfully entertaining and genuinely surprising, Joined-Up Thinking is proof, if proof were needed, that there really is no such thing as a coincidence.

Digital version of the book in .mobi and .epub formats.