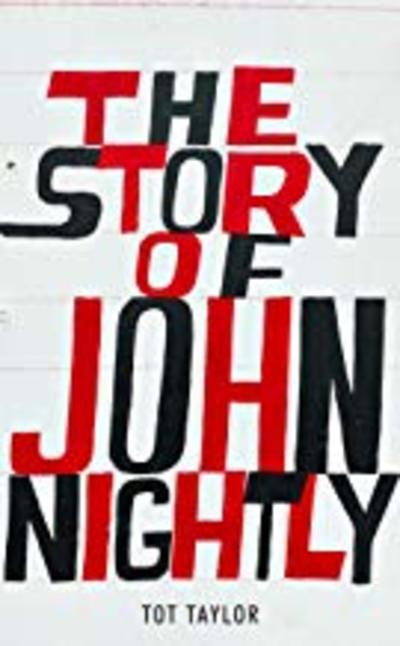 The Story of John Nightly is a novel about the nature of creativity, specifically at a heightened level - the level of genius.

It mixes real and imagined lives in the tale of a young singer-songwriter from the 1970’s. I wanted to write about how something as innocent and life-enhancing as the gift of music can also become destructive.

John Nightly (b. Cambridge 1948) finds his dimension in the world of ‘pop’ music, the art form of his time. In previous decades, he might have been a novelist or poet, a painter or playwright. In previous centuries, a grand chef or gardener, astronomer or plant-hunter, when these occupations were revered as highly as that of ‘Artist’.

John Nightly’s ability is spotted early, his LP Ape Box Metal becoming the third best-selling record of 1970. But success turns out to have side effects and he disappears into a thirty year void of missed opportunities and unfinished projects.

We meet him first as a musical child prodigy in the late fifties, then finding fame in the London music scene of the mid-sixties, supermaxed at various clinics in Los Angeles during the seventies and finally, after too many lost years, in his hideaway on the coast of Cornwall as a cultivator and exporter of exotic plants.

But his past comes back to haunt him via the rediscovery by a superfan of his magnum opus, the Mink Bungalow Requiem - a requiem mass which was to have been his parting shot. Just before his meltdown, John Nightly toured the world with it backed by two symphony orchestras, a thirty-piece rock band, a dance company, three school choirs and sixteen articulated trucks. Meeting this teenage saviour dude, can John Nightly be brought back to life again?

A tangled love story, the recording-studio as creative hub, the music industry as dramatic backdrop, astronomical tables, Methodist hymnals and surfer mags as well as some serious gardening tips also play important parts in this one thousand page novel.

The Story of John Nightly is a work of pure fiction.