The first book in a new time-travel fantasy trilogy by the comedy legend, Nigel Planer.

I just handed in the 'Final Draft' of 'Jeremiah Bourne in Time', after a few weeks of working with the editor.  Raymond Carver's editor, Gordon Lish, used to cut out half of Carver's prose, creating Carver's famous sparse, minimalist, style.  When, posthumously,  some of Carver's stories were published in the unedited versions, they didn't seem like Carver at all, but more verbose, and even sentimental.  That hasn't happened in my case.  Editor even got the jokes and kept them in.  Which you'll be pleased to know.

There were quite a few really good suggestions for changes too, which I've incorporated. Thanks Ed.  Surprisingly, Patricia Highsmith - writer of dark and dangerous tales - seems to have been most amenable to suggested changes from Editors.  "...it is surprising how many beginning writers blow their stacks over trivial requests like these (from editors) or being asked to remove a character from a book.  Sometimes they quit agents in a huff or withdraw their manuscripts from publishers.  Very often they have to come crawling back,"  she said, in her book about Plotting in Suspense fiction.  Luckily no such dramas for 'Jeremiah Bourne in Time.'  All characters still in, and no huffs, just a few laughs.

Now the book goes through the mangle of the copy editor, who makes sure I've put commas, in the right Place.  And my paragaraphs and spelling, are all correct.  And punctuation and gramar too.

Thanks again for supporting the book, it's getting closer and closer...

Thanks for the update Nigel. Good to know that Ed didn't minimise your prose! Hope - all goes, well with the copy editor ... ; 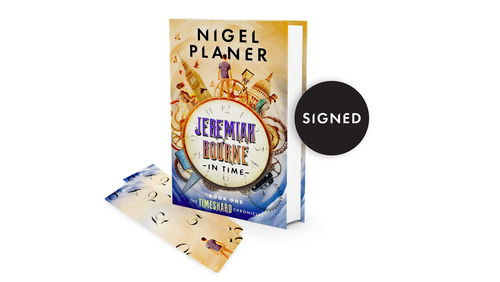 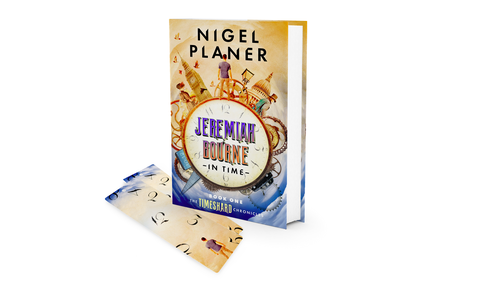