We've just reached out 20% of the total amount to fund this - huge, absolutely gigantic thanks to everyone who've pledged! - so I figured I'd post a few drafts of some of the other games that will be featured here. I've started with the ones that go with those nice art prints we're featuring, both computer RPGs from the late 80s. As the funding hits more milestones, I'll be post a few more of these too, just so you all get more of an idea of what we'll be featuring. Also, make sure to follow me on Twitter (if you haven't already) at @HG_101, I've been regularly posting screenshots of some of the other games I'll be including too. They include a link to the crowdfunding page, so please retweet these if you see them to help get the word out! 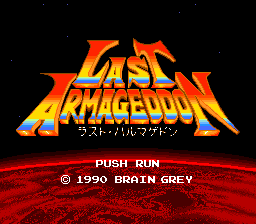 In Last Armageddon, humanity has become extinct and monsters roam the scorched remains of Earth. Their existence is disturbed by invaders from outer space, who begin to wage war for mysterious purposes, so the monsters band together to fight back. Beyond directly taking down the interplanetary interlopers, your crew must explore the land to find the 108 stone lithographs that litter the land to piece together the planet's forgotten history. 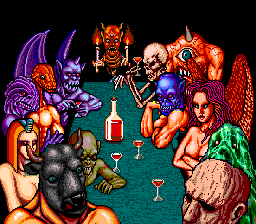 The game's bonkers high concept - monsters versus aliens! - combined with the hyper violent, extremely gory cutscenes, meshed with the storyline's crazy twists, has earned this series a reputation as a Japanese cult classic. The various creatures you control - orcs, harpies, skeletons, gargoyles, cyclops, minotaurs, and others - essentially puts you in charge of the kind of deviants that would normally be enemies in a regular JRPG. But the mechanics are also built around monster society - there are no shops, equipment must be crafted by items found throughout, and your party roster changes based on the time of day, since certain units are nocturnal or vice versa. There's also an extra-long day that occurs once a month called Saruban, which also has its own specific roster. 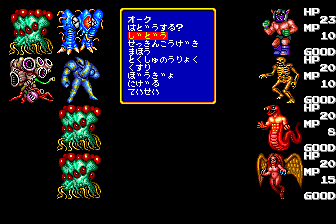 The game originated on home computers, and then was ported to the Famicom and PC Engine CD. The Famicom version is slightly expanded but stripped back in many ways - the hyper violent cutscenes obviously wouldn't cut it on a Nintendo console - while the PC Engine version is not only more faithful but includes a super rad dance battle theme, complete with the famously dramatic notes from Beethoven's Symphony No. 5. It makes fighting much more exciting than it actually is, since it just consists of static sprites sliding around a black background. Indeed, as with many late 80s RPGs, the idea is far better than the execution - no direction, poor balance, tons of random battles - but in the years since there's still been nothing quite like it. 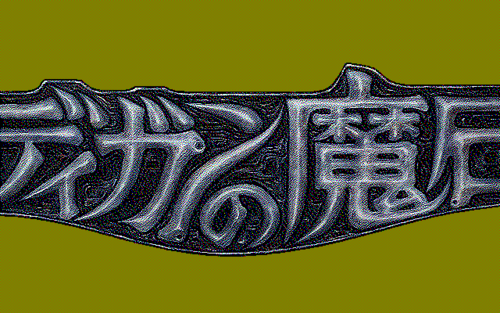 Digan no Maseki ("The Magic Stone of Digan") is a rather unusual role playing game released only for Japanese computers. It begins with a young couple, Dino and Abiria, getting married, but on their honeymoon journey, they're given a terrifying fortune. When they return, the young bride comes down with a mysterious, disfiguring disease, so it's up to Dino to set off on a journey to find a cure. 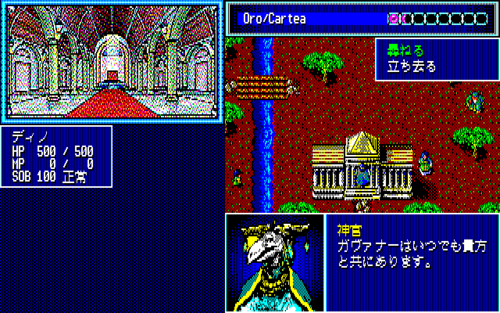 Developed by Artec, this title stands out for two main reasons. Firstly, since Dino is just a regular guy on a long journey, it's much more realistic than other RPGs. The game functions on a day/night cycle, and you not only need to keep yourself fed but also well rested. Injury and diseases are common - you might catch a cold from a sick NPC or get an STD from visiting red light districts - and must be cured unless you want your performance to suffer. Slain monsters don't give much gold, so instead you get money like you would in normal life: by working a job and getting paid wages. While various other people can join you on your journey, they act on their own accord, both inside and outside of battle. Their relationships matter, and how faithful they are depends on how you interact with them. 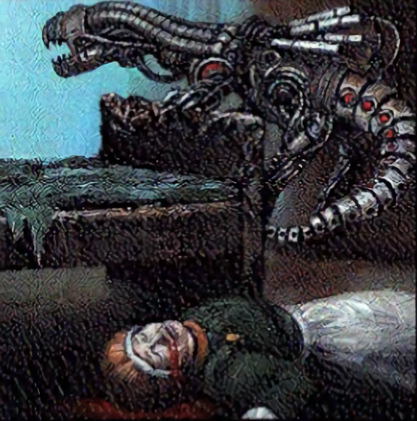 Secondly, the artwork is provided by illustrator Naoyuki Kato, who also provided the artwork for the Japanese versions of The Guardian Legend (Guardic Gaiden) and Space Megaforce (Super Aleste). Rather than the bright manga-style characters of other PC RPGs, the artwork is digitized from his illustrations and adapted using dithering techniques to the limited color displays of the time. Plus, the world design is both distinct and expansive, offering many races. Taken together, it's a unique blend of Western and Japanese design that make it extremely unique, especially for its time. The PC-88 version also uses the Terpsichorean FM synth sound driver written by Hitoshi Sakimoto, giving it a rich texture similar to other titles he's worked like Gauntlet IV for the Genesis and Shippu Mahou Daisakusen for the arcade / Saturn (though he didn't actually compose the music for Digan no Maseki).