No matter how well proof read and pored over, all books end up with a few typos and errors when they hit the shelves and our book is no exception.

Since publication we've identified around 10 of these.

Policy at Unbound is to repair the errors with each reprint of the paperback (or trade run) and as one reprint has already taken place most of the issues listed here have now been fixed.

But for those of you who pledged for and recieved copies of the hardback, here's the list of errata to clear up any confusion.

Corrections are in bold

"Holger and Jaki were able to co-produce an entire album in the Can Studio by German musician Alex..."

Alex Wiska was a German musician who had lived and worked in Turkey from 1970 - 73 and brought Türk Rock back to Germany with him.

p.67 -  in figure 1c - the first accent is in the wrong place. It should be over the previous dot (after the first dash). 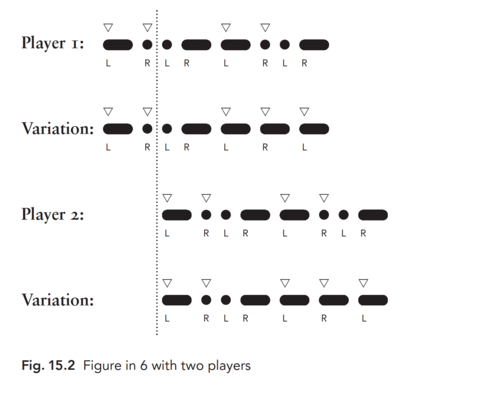 An entire paragraph has suffered from transcription then translation errors

p. 281 the drums on the Mathias Modica album were recorded by Reinhard Kobialka at Topaz studios where the photo on p.283 was also taken.

- and that's it! I hope these errors haven't spoiled your enjoyment of the book and I'm sure this is now all cleared up.

Any further errata can be discussed on the night!

Are you planning to repair the epub/digital edition as well?

Should be easy enough...

Really enjoyed the book by the way!

Hi . Please could you advise when the Extended Discography PDF will be issued (As part of the collectible package) ?
I have asked Unbound a couple of times and they have been unable to confirm . Thanks

Hi Nigel, I spoke to Bryan the discographer about this issue this morning and he’s working on it as we speak. It’s become a massive undertaking and he’s been beset by problems but he’s got most of it done and is on the case. We can only ask for a little more patience and I’m sure it’ll be worth the wait.

Hi Jono, that's great .
Thanks for letting us know. No problem at all I just wasn't sure where it was and when due. Cheers Nigel