My cousin, the well-known pharmacologist Larry Frost, always maintained his three favourite Americans were Jewish men: Bob Dylan, Saul Bellow and Woody Allen. Out of a nation of 300 million, it was this triumvirate with which he most identified.  ‘Of course,’ I counselled him, being older by seven years, ‘liking them doesn’t make you Jewish too.’  But he was convinced somewhere, deep down, he had to be.  There had to be a reason for his strong sense of empathy.  He loved the output of all three unreservedly, even the later, unfunny, unlistenable or unreadable works.  By some accident or mix-up in our family lineage, he insisted, there had to be a reason for his overwhelming feeling of consanguinity.  He was a philosemite extraordinaire, if not one of the Chosen People. Obsessed with the notion. Absolutely in thrall to it; which was, and is, his nature.  This conviction reached an apex of what I considered almost mystical grandeur and absurdity when he moved to Paris in the autumn of last year and found himself a Jewish girlfriend.  Ariel, almost twenty years his junior, and so pretty she broke men’s hearts at thirty paces as she approached them on the dust-blessed, pollen-laden Parisian streets. Where has she been all my life? they would ask their secret souls – me included, when I finally met her.  On the kind of sunny morning when the air still breathes Flaubert’s famous exhalations of ‘love and intelligence’, Ariel was unstoppable.  Her tiny, luminous mouse-face, with its languorous red gouge of a mouth, often peeking from under a beret clamped to a crown of shimmering black hair, was an engine of attraction.  Add to this a formidable mind and an even stronger will, and she was devastating. But I’m getting carried away . . . I must first let you meet Larry, and explain how and why I came to be living in Paris myself.

I should establish straight away that we are both doctors, but of different kinds.  Larry to his new colleagues is Dr Lawrence Frost, a visiting neuropharmacologist at the Institut Pasteur on the rue de Vaugirard.  And I, to my students back home at Birkbeck, am Dr Newman – Nicholas Newman, a Research Fellow specialising in the History of Revolutionary France and the Napoleonic era.  I’ve published widely on the First Republic and the Jacobin cause, and was once asked to be historical advisor on a romantic comedy set at the time of the Terror – not much of either genre to be found there, I argued; so in the end I said no.  I’m only Nick to my closest friends (and Dad to my son, whom I won’t be seeing for a while now I’m resident here). Larry, by contrast, is Larry to everyone after a first encounter. He’s even Larry to the directrice-générale of the Institut.  He has that kind of effect on people.  In fact, I’ve always thought there was something Promethean about Larry – not in his suffering, I rarely see any of that, but in his daring; his intrepid, principled force.  Though nicely berthed at the Department of Neuroscience since October (and at the palatial Place des Vosges apartment of Ariel’s parents, no less), he has always held adversarial positions.  Against everything, it seems. A true contrarian. Ever since I’ve known him as a ‘grown-up’ he’s been something of a crusader against the monstrous $600bn pharmaceutical industry, with its shabby regulation, its market-driven misdemeanours, its academics sucking at the lucrative teat of the drugs manufacturers.  After graduating as a med doctor, followed by a stunning MSc in cellular function from King’s, Larry seems to have made a career from his Cassandra voice, penning articles everywhere from the BMJ to the broadsheets. Maybe I should revise ‘well-known’ pharmacologist to ‘notorious’. He’s a one-man revolution; a corrector of consciousnesses, and conscience.

All this is congruent with his big, slightly un-English personality.  Maybe this is where all the Jewish stuff originated – though he insists our grandmother’s background has something to do with it.  Larry’s always been exuberant; opinionated; scalpel-sharp. An eager, garrulous, indiscreet man, with wild dark curly hair and mobile (even manic) eyes the same colour as my own, he often appears shorter or squatter at a distance – as if he’s carrying a bit too much weight for his height.  At the café on the rue Saint Jacques where we’ve met virtually every morning since I arrived mid-March, one might almost mistake his seated figure for that of a fat man – an overweight sports correspondent for Le Figaro, say, with his tanned, dome-brow rippling with fissures.  A weathered, traveller’s face, too. Larry spent much of his early thirties seeing the world.  He has a complicated theory of freedom; its many roads, its many price tags. I’m rather envious of his adventures, as I spent my thirties in a university office whose single window offered a great view of a brick wall.  As well as lecturing everywhere, my cousin would bang out his articles at café tables from Honduras to Malawi, eventually the Outback, where he’d perch his laptop on the makeshift desk of an oil drum. ‘A surprisingly good writing surface,’ he informed me.  ‘If your subject is global profiteering, an oil drum will keep you on-message throughout.’

Then there’s Larry’s repertoire of hand gestures.  Off-putting at first, if you don’t have long acquaintance of him (and this goes for the French too, amazingly), in full spate he really is a sight to be seen.  Combining a whirling right, with a wringing motion involving both, then a sudden drumming with his fingertips on whatever surface is available, he has a whole orchestra of emphasis at his disposal.  The entire band is often unleashed when he has advice to give. Notorious for this in our family, my own father would occasionally sit passively and be lectured by his ten-year-old nephew. Yes, a great advisor of everyone from friends to multinational corporations (‘who never listen, anyway’), he thankfully takes a philosophical view of its usefulness.  A wonderful old saw is often at hand once he realises his words have fallen on barren ground: ‘The thing about advice, Nick,’ he would say in his slightly high, cajoling voice, ‘is that fools seldom heed it and wise men don’t need it.’ So why, I would demand, do you always give it? ‘Because I’m Jewish, man!’ And there we’d be, back at the beginning.

I once asked him to name a favourite work by each of his three heroes.  Naturally, for an aficionado it was never going to be the obvious, canonical stuff.  You weren’t going to get Herzog, Annie Hall and ‘Like a Rolling Stone’.

‘For its minor-key melancholia.  For the depth of Bob’s grief over his divorce, the separation from his kids.  It’s masterly – not just for the restraint of emotion, the generosity of spirit, but for the Arabic influenced singing.  The melody and its melismas are . . . exquisite!’

‘Just give me a title for each.  I don’t have much time.’

At this his brow rippled in concentration, like the effect of wind on a sand dune.

‘For Saul . . .’ (and he always used first names, as if he were a close personal friend of them all) ‘it would have to be the short story “What Kind of Day did you Have?”.’

‘For Woody,’ and he gave me his joyous smile which unfortunately resembled a wince, ‘Bananas.’

‘Bananas?  Really?  But I recall that as lightweight.  It’s like choosing a Velasquez study over Las Meninas.’

‘Yeah, but it’s a masterpiece of visual comedy.’

He once told me that he first got into Woody Allen at twelve.  Before he understood what the films were really about, he said he just loved the music and the sight gags.  There was one of which he was particularly fond – in Play it Again, Sam – where the newly-in-love protagonist, played by his hero, walks the sunshiney streets of San Francisco, exchanging high-fives and patting men on the back.  On the cut, he slaps a Bay fisherman on the shoulder, who promptly topples over the edge. Woody just walks on, oblivious.

Larry became a Dylan nut when he found himself in a schoolfriend’s bedroom at fifteen, trying to form a band.  His friend lowered the needle (still in use in the eighties) on ‘Subterranean Homesick Blues’ and it was all over.  As for Bellow, this came about as a result of his peripatetic wanderings.  He was turned on to him by a girl he was seeing in Mexico City. But not because she was a fan. ‘She really disliked him and his writing,’ grinned Larry, ‘so I just knew I had to try him.’ And so he read Seize the Day (a very Larry title), and from that moment he was smitten.  ‘But why was I destined to discover an affinity with Bellow, and not, say, Updike or Fitzgerald?’ he’d ask meaningfully, ‘Answer me that?’ And then he’d be off, onto current advances in molecular biology, or corruption within Clinical Research Organisations, and I’d lose him again.

We all know brilliant people.  They’re quite frightening, really.  They upset our equilibrium with their energies and outpourings – they’re like grown-up children, and we’re tenderly protective towards them, with the added poignancy that we can’t effectively extend that protection.  We encounter them, so to speak, in a state of nature. Voltaire so terrified the French king and Frederick’s German court that he ended up banished to the Swiss border for the last years of his life, wearing nothing but a dressing gown and silk slippers.  The brilliant are on their own in the universe, just as we are, the stupid or dull. Not that I consider myself such, even on a bad day, but certain people do blaze brighter than others: like supernovas they announce their significance by the sheer size of their emanation, mental in Larry’s case.

And sometimes fulminatory.  Like all only-children (I confess now that I am one too), my cousin has a terrible temper.  As do I. It’s because we were never socialised properly and made to share with siblings or peers.  We think the world is our own, but we’re forced to face the fact that it isn’t, and on a daily basis, all the way through adult life.  Understandably, this leaves us angry.

On certain days, Larry’s occasional anger even seems to echo the city’s.  In January, Paris underwent the seismic attack on the offices of its notorious, though well-loved, satirical paper, Charlie Hebdo.  Two Islamist militants gunned down nine cartoonists and journalists, a bodyguard, and a maintenance worker. In the resultant convulsion, two police officers were killed, one of whom was a Muslim, while another gunman murdered four Jewish hostages in a kosher supermarket.  The world was up in arms at this flagrant assault on free-speech and the Jewish people, with Je Suis Charlie on everybody’s lips.  Even now, in May, the Charlie tags are still clearly visible on the sides of Haussmann apartments, or the bulky curbside trash-bins; though not so many Je Suis Juifs, ironically.  The city is ostensibly back to business-as-usual, with only the sight of armed soldiers three-abreast to indicate anything ever happened.  However, the paranoia, anger and unease still run deep, though Larry rarely refers to Les événements de Janvier.

A special first-edition hardback version with signed bookplate and the eBook. 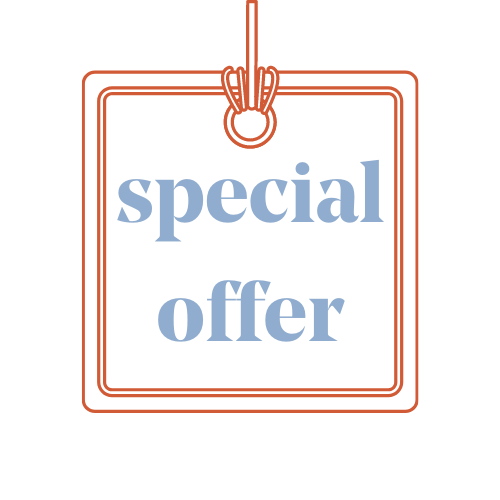