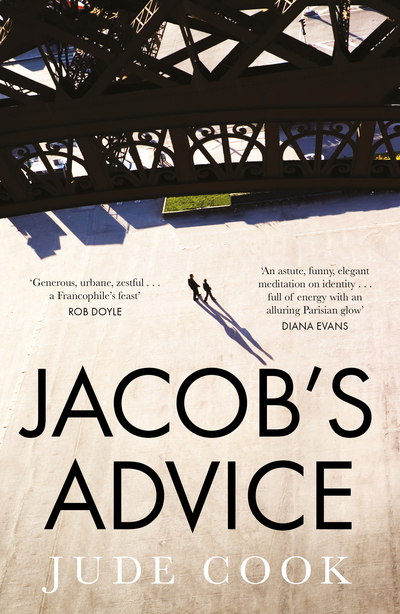 Jacob’s Advice is the story of Larry Frost, a British doctor living in Paris, who is convinced he is Jewish. The tale is told through the eyes of his sceptical cousin, Nick Newman, who listens and laughs, suffers and waits, as he tries to understand his own place in the world.

Following the terrorist attacks on Charlie Hebdo and the kosher supermarket in January 2015, Paris appears to be back to business-as-usual. Yet tensions run deep and the two cousins are about to get drawn into the slipstream . . . Larry’s quest for his true identity, through the fractured, uneasy, magical streets of Paris, reaches its climax in Amsterdam, where the mysterious Jacob Bloom reveals a family secret linked to the dark days of WWII that will change both cousins’ lives forever.

Set against a backdrop of increased extremism, nationalism, and the resurgence of antisemitism, Jacob’s Advice is an urgent and topical exploration of identity, race, family, modern Europe, and the inescapable nature of the past. It’s also a love letter to Paris and a reflection on its recent tragedy.

Nick, a historian specialising in revolutionary France, is divorced, missing his seven-year-old son, and struggling with the after-effects of an adverse reaction to an antibiotic, which has left him with extensive nerve damage. When the Sorbonne offers him a research fellowship, he is thrilled. He hopes that his cousin, Larry, a neuro-pharmacologist who lives in Paris and campaigns against Big Pharma, will help him get legal revenge on the drugs company that has wrecked his health.

However, once in the 5th arrondissement, Nick finds Larry preoccupied by his own great mission to prove that he – and therefore Nick – is Jewish. An exuberant philosemite, Larry has long had his suspicions (and hopes). Now he’s dating a Jewish woman, Ariel Levine, and living with her family in the Marais, he has even more reason to try to prove it.

As Nick, Larry and Ariel weave through the cool spring evenings in the bars and bistros of the Latin Quarter, they talk about life, love, ethnicity, Je Suis Charlie, and how Paris is changing. Nick is troubled by his inability to sustain a relationship with his son, but Larry feels he has met the love of his life, and is also getting closer to claiming the ethnicity he has always wanted.

It is only when Larry proposes to Ariel that her secular, cosmopolitan parents firmly reject him: their daughter will never marry out. At the same time, Nick’s ex-wife threatens to take their son out of his reach. And then disaster strikes Paris, with the terrorist attacks of November 13th. With both cousins in emotional disarray, and the city in trauma, they finally hear from an old man in Amsterdam, Jacob Bloom, who wants to tell them a secret. As they set off for a long weekend, where Nick will also meet his ex-wife and son, the stage is set for a tense denouement, with everything riding on Jacob’s long-hoped-for advice. 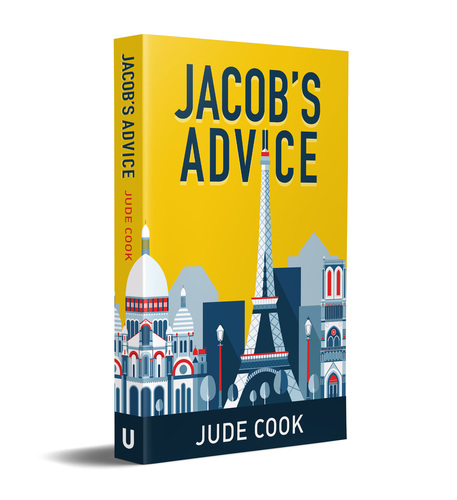 This is not the final cover and is subject to change.