A graphic novel about growing up, fitting in, and a witch from a bottle determined to wreak havoc!

As many of you know by now, the story is built around an artifact in the Pitt Rivers Museum, a museum that displays archaeological and ethnographic objects from all parts of the world and all time periods. The object is a silver stoppered bottle, which is said to contain a witch. I thought for the update this week I could talk a little bit more about the bottle, and the museum that houses it.

And here's the official item page on the museum's website: http://objects.prm.ox.ac.uk/pages/PRMUID25731.html

This bottle really caught my imagination. I figured if I wanted to write a story about a bottle...it would be a lot like Chekov's gun...at some point it has to be opened to reveal the wonders inside...

The Pitt Rivers Museum has been one of my favourite places in the world since forever. You could spend months there and still find new, charming, incredible things every day. One of the scenes in my book is set in Pitt Rivers and...it's been quite a challenge to draw! Here are some reference photos I took when I visited last year: 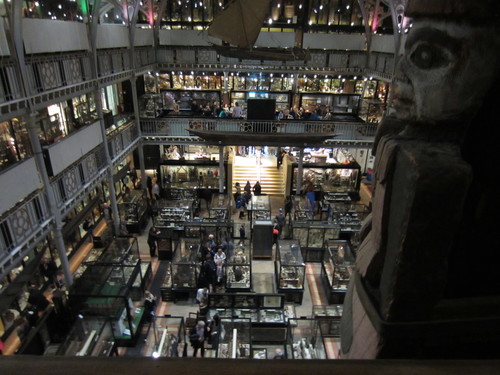 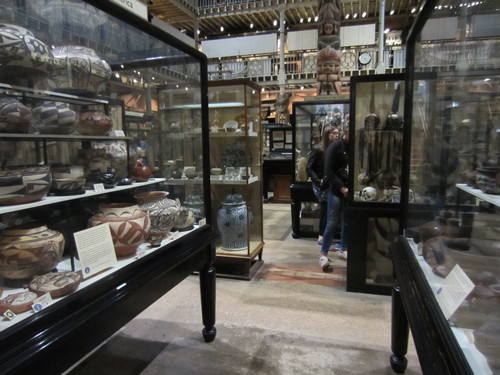 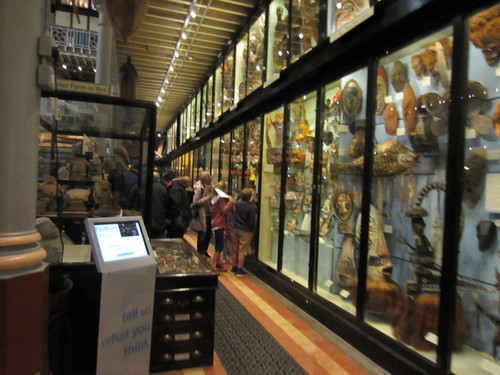 Pretty dense, huh? It's really hard to photograph nicely because it's so dark and crowded in there, so sorry about the photo quality! I must be honest, I didn't think anyone other than me would be looking at them, haha!

Here's a page and a panel from the Pitt Rivers scene in my book so you can see my attempt to capture the feeling of being in the museum: 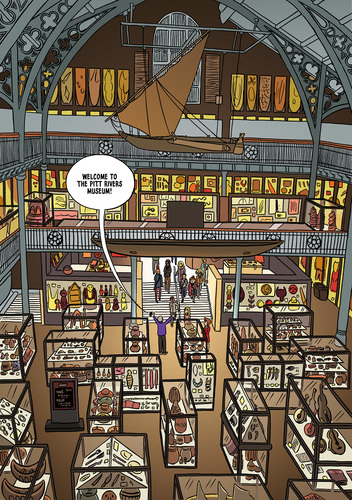 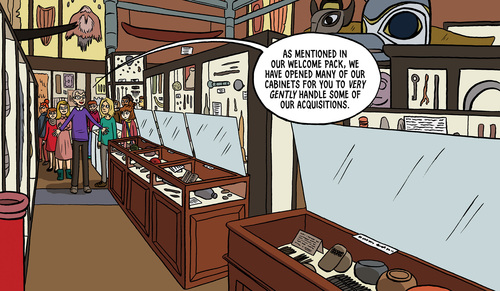 While most museums arrange their objects according to geographical areas or certain time periods, in the Pitt Rivers Museum they are arranged according to type. There are cabinets of stringed instruments, for example, of metal jewellery, of keys, etc etc. I always find it fascinating (and a little creepy??) when again and again, the cabinets show you how the same problems have been solved in similar ways by people all over the world, who could never have spoken to each other.

The cabinet that the witch bottle is in is called 'Magic and Trial by Ordeal'. Which lead me to imagine that the witch inside had perhaps been put in there to stop her causing chaos (or a 'peck o' trouble'). It also made me think that if she was let out, she would have some kind of test for her new, unlucky companion. 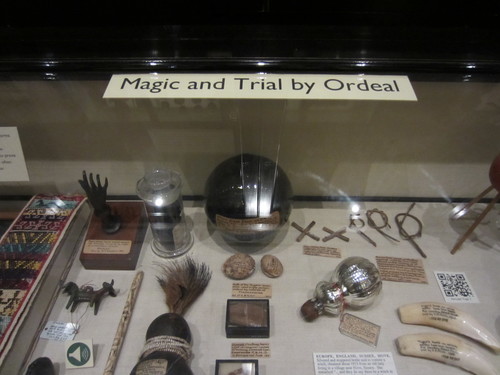 While I've been drawing the Pitt Rivers scene, as well as looking at all my bad photos of the place, I've kept this book to hand to dip into while I'm filling the cabinets with wonderful items: 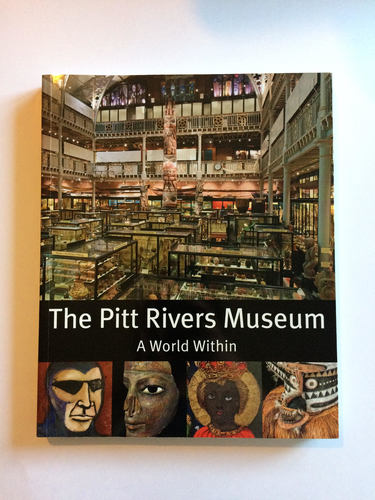 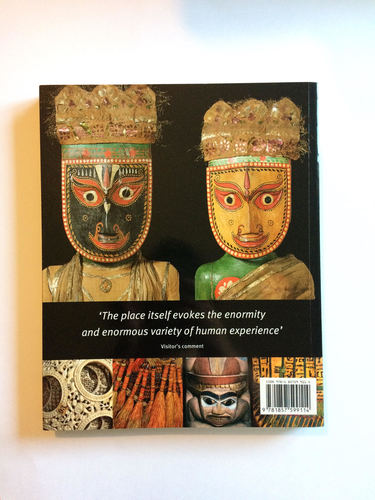 Here are some of my favourite things in the book/museum: 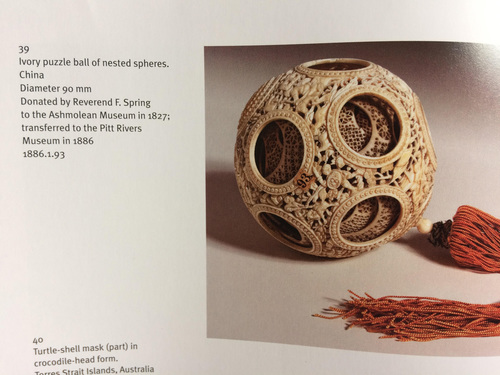 Look at this!! How did they make this!!? It must have taken actual years!! 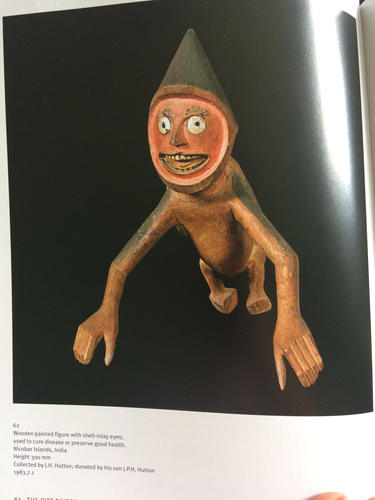 Look at this guy's face!! He is so happy! 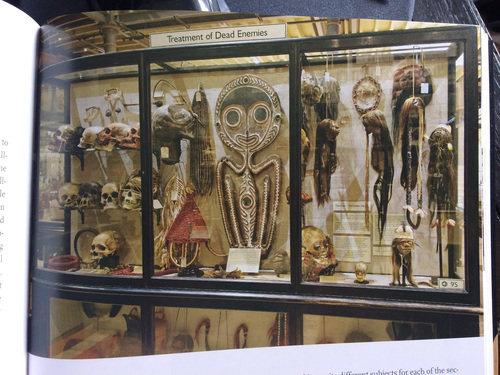 The shrunken heads are pretty great. They're in a cabinet called 'Treatment of Dead Enemies' which is super gnarly, huh? Apparently 'Which case are the shrunken heads in' is the most asked question by visitors according to the front-of-house staff, haha!

I would recommend this museum to annyyyyonee - it is so great and inspiring and fascinating and charming and amazing. If you can't make it to Oxford then buy the book and turn the lights to dim and just pretend.

I think that's it for now! I hope you enjoyed my museum update! I'm such a nerd... 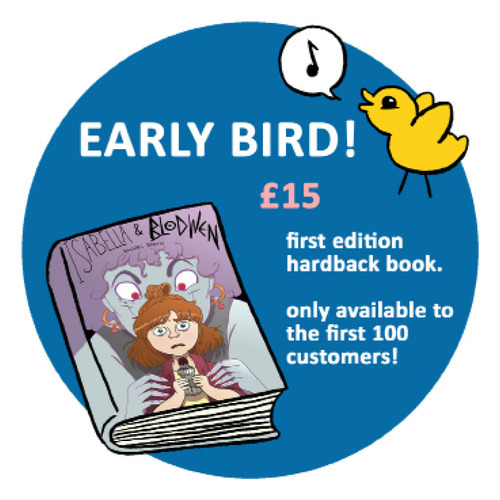 The Book Signed and Sketched In 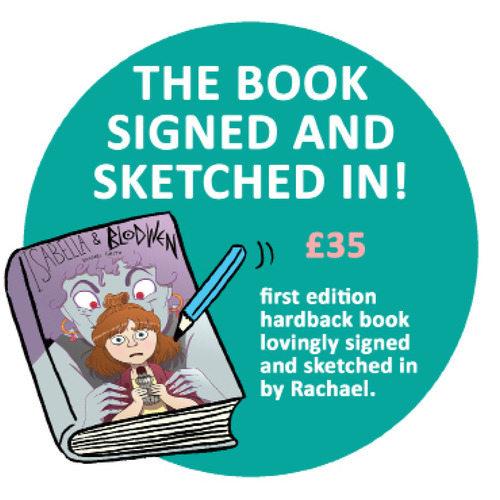