Where did it go?

No, I'm not referring to my lost youth! I wrote an update recently to all my shedders and then there it was - gone!  I assume that a forensic team could retrieve it from my laptop, but in the absence of such a team,  I'll just write it again.

It was partly about a coincidence. I was in Co Mayo recently, staying at a house organised by a friend, and we met the owners, had a quick chat, they showed us some essential workings of the place and then they left. I turned to Tanya (for it was she) and said, 'You used to live around here, didn't you? I remember coming out about 25 years ago to have a day on board a boat with a chap from the Clew Bay Oyster Cooperative. It was when I was an editor at Country Living magazine, and it was research for a piece about oysters. I was deeply impressed by the extreme discipline of the collective. Once the whistle blew at 5pm, not a soul would load another oyster onto his boat. It was all about preserving the stocks. And the chap's name was Alan somebody.'  Tanya, with commendable restraint, didn't call the local asylum, but said mildly, 'Was it Alan Stoney?' 'Yes!' I cried. 'That's the name.' 'Well, he's the man who's just gone.'

And no sooner had I got back from Mayo than I had a visit from Sue Lawrence and husband. They drove over from Edinburgh and we had three action-packed days before they headed back. Sue is a former Masterchef, Sunday Times Cook, great authority on Scottish food and author of many fine cookbooks, broadcaster, demonstrator and now she turns out to be a novelist, too! She's like that white tornado of the advert long ago. And so we went to Moran's of the Weir to sample the oysters. Not natives yet, of course. No 'r' in August.

The book is making progress. The wonder that is Julian Roberts has come up with a proposal for the jacket and the inside illustrations and the team at the Unbound jacket meeting liked what they saw, so all is going forward nicely. It's too soon to reveal that yet, but think Edward Bawden and you'll be on the right lines.

Now that my funding has reached 100%, it's tailed off a bit. If you're reading this, you will have pledged for yourself. But it's not too late to pledge for someone else. It would make a lovely present to give the recipient a book with their own name printed inside. Do think about it! 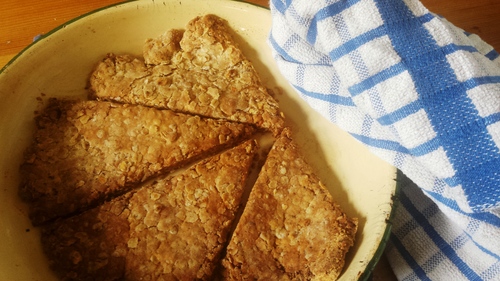 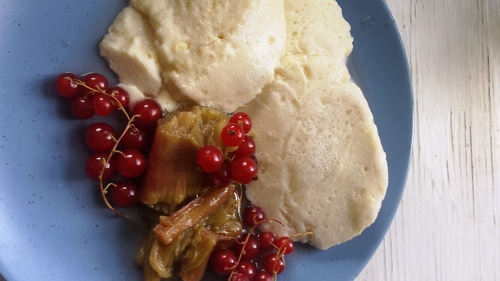