Innocents To The Slaughter 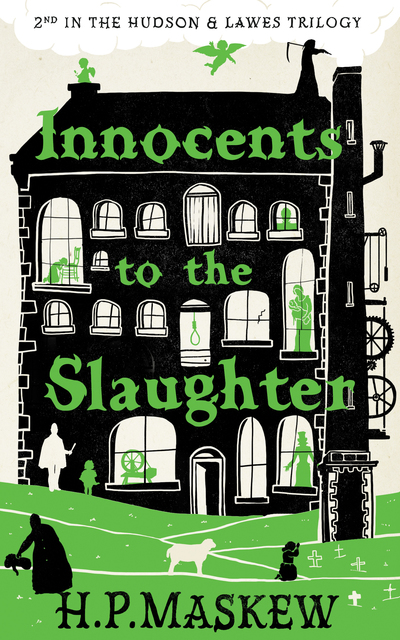 Innocents To The Slaughter

1838, a year after the Seddon union affair, Hudson and Lawes are on the case of illegal child labour and, even worse, baby-farming, among the mills and moorland of Bingley, Yorkshire.

Set against the grimness of the lives of mill workers in Bingley, West Yorkshire, the second book in the Hudson and Lawes trilogy opens in 1839 almost exactly a year after the affair at Seddon workhouse in Suffolk where the two men first met. Characters now familiar from the first in the trilogy, On the House reappear and play integral roles in the story.

Increasingly recognised as a successful investigative journalist, Ambrose Hudson is canvassed by an overseer in a woollen mill to follow up his suspicions of illegal child labour in the North-East. The man is also concerned that the heinous practice of baby farming is operating in the same area. A four-handed investigation is needed and Ambrose persuades his friend Edgar Lawes to accompany him to Bingley where the two men are quickly embroiled in undercover work and surveillance of the perpetrators of both crimes. The farming of babies for hard cash is something new to both men, and the viciousness of the criminals involved is shocking. During the investigation the friends meet an old adversary and Ambrose sets out on the beginnings of a tragic love affair.

Praise for ON THE HOUSE: