A remarkable anthology of short stories by eight autistic writers, with forewords by David Mitchell and Joanne Limburg 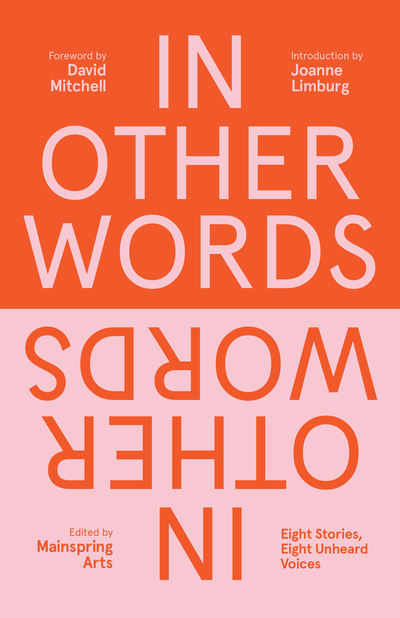 Campaigns | Fiction
Rewards for this book are not available.

Receive a limited-edition, hardback version of the book, with your name in the list of patrons
$30  + shipping
105 pledges

Receive a limited-edition, hardback version of the book
$40  + shipping
35 pledges

Receive a signed, hardback version of the book, with your name in the list of patrons
$55  + shipping
12 pledges

Receive a unique, personalised photo of Raffi, the Mainspring Arts resident hound, dedicated specially to you, plus a limited-edition, hardback version of the book and your name in the list of patrons (limited to 30)
$60  + shipping
13 pledges

Nominate a friend to receive a limited-edition, hardback version of the book, plus receive one yourself
$100  + shipping
4 pledges

Tell us your name and a couple of nuggets of information about you and one of the writers who contributed to In Other Words will compose a beautiful poem especially for you. You’ll receive it handwritten on a postcard, plus a limited-edition, hardback version of the book, with your name in the list of patrons. (Limited to 20)
$115  + shipping
8 pledges

Receive four signed, limited-edition, hardback versions of the book, with up to four names listed among the patrons
$300  + shipping
3 pledges 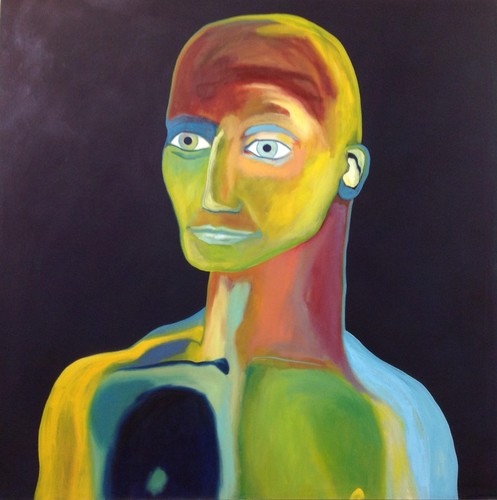 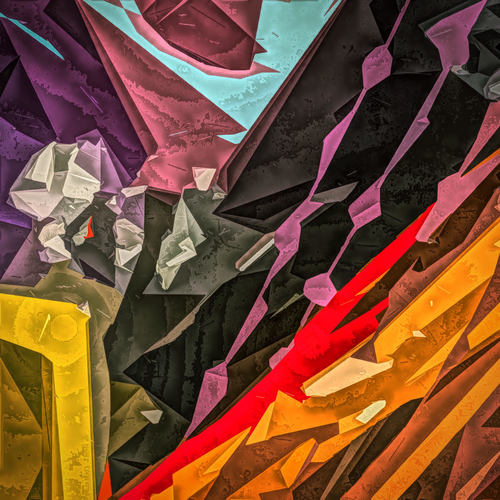 Are you working on a book? Editors Katya and Miranda will offer you detailed feedback on up to 10,000 words of your manuscript. Plus you'll receive a signed, limited-edition, hardback version of the book and your name among the list of patrons. (Limited to five)
$525  + shipping

Get one-to-one feedback over a cuppa

One of our editors will meet you in a London cafe to offer detailed feedback on up to 10,000 words of your manuscript. Plus you'll receive a signed, limited-edition, hardback version of the book and your name among the list of patrons. (Limited to five)
$750  + shipping
1 pledge

Will you help us to make this book? Become a patron and receive a signed, limited-edition version of the book and an invitation to our launch party, and your name will appear in our list of patrons
$7,500  + shipping

Help us to make this book and we will dedicate In Other Words to you, plus you'll receive a signed, limited-edition version of the book and an invitation to the launch party

Please note: the video above contains music combined with spoken text that those with sensory issues may find too loud. The text is subtitled, so please turn down the volume or mute the sound if you may be affected.

They don’t have any empathy, do they?

They’re not very good with emotions

They’re great at maths though, aren’t they? Like Rain Man?

There are so many myths surrounding autism and autistic people and they have persisted for generations. Despite autism being prevalent -- one in 100 people is diagnosed as autistic -- society is still fraught with misconceptions and misunderstandings about it.

This isn’t helped by autistic people rarely being afforded their own voices in arts and literature. Their perspectives, thoughts, creations and ideas are elided in favour of the neurotypical. It’s no wonder the world is unaware of the creativity of the autistic community. We need far more -- and far more varied -- depictions of autism.

In Other Words is the result of Square Peg Stories, a creative writing scheme aimed specifically at autistic writers that took place in London between November 2016 and May 2017. Eight participants were selected to take part in a series of workshops and mentoring sessions run by published authors, with the aim of each writer producing a short story. Workshop leaders included author and poet Joanne Limburg and YA fantasy author Corinne Duyvis, who are both autistic. The workshops were designed with the specific needs of the participants in mind, meaning the writers were able to relax into their environment and produce some outstanding work. You can hear some of the writers read their work in the video above. 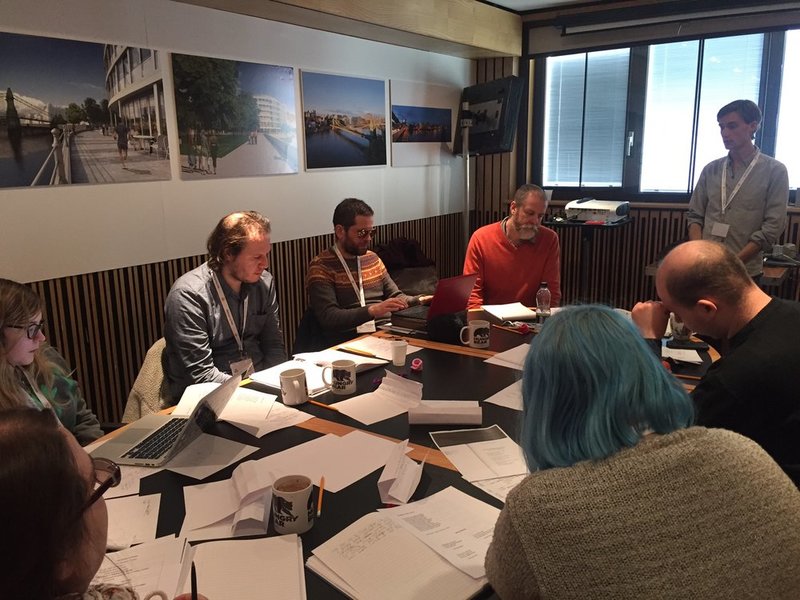 Among the participants was Wiskey, who was diagnosed as autistic aged 50. For him, the diagnosis brought a release and he began taking bolder steps with his writing. Another participant, Esther, aged 19, used writing as an escape from the world and an opportunity to explore social rules and other people’s emotions. What all the participants had in common was a passion for writing and the freedom it brings -- the limitless possibility that enabled them to find their voices in a way the neurotypical world often didn’t allow them to -- and a desire to share their writing with others.

The stories are as wide-ranging and diverse as the writers themselves. Some cover trauma, societal issues and stigma. Some reach back in time, while others are set in another dimension altogether. There is heartbreak, wit, humour, poignancy and above all fantastic writing. What these stories share is that they are written by people whom mainstream society often dismisses as unimaginative, or not capable of creativity. When you read these stories, those stereotypes dissolve. This anthology is so important in countering the neurotypical representation of autistic people. The range of subject matter covered shows how the widely held view of autistic people as a homogenous group only interested in maths and science is wildly inaccurate. We need to get the message out there!

The anthology includes a foreword by David Mitchell, author of Cloud Atlas (2004) and the translator of the bestselling book The Reason I Jump, an account by the Japanese author Naoki Higashida -- then aged 13 -- of what it is like to be autistic. It is also introduced by Square Peg Stories workshop leader Joanne Limburg.

In Other Words is timely, necessary and beautiful. Pledging will support both the visibility of neurodivergent creatives and the idea that we need new, diverse and exciting voices in literature. 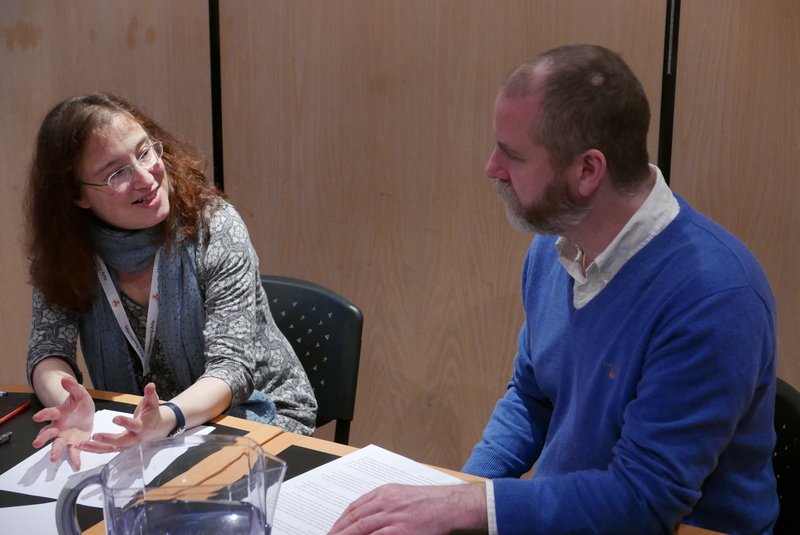 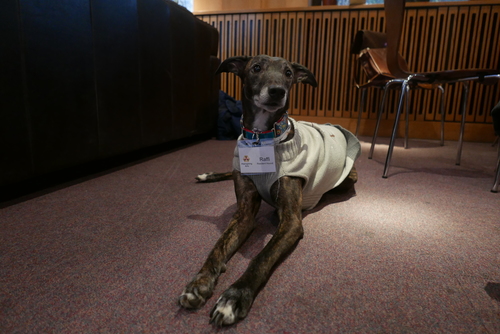 Receive a limited-edition, hardback version of the book
$40  + shipping
35 pledges

Receive a signed, hardback version of the book, with your name in the list of patrons
View all 13 rewards