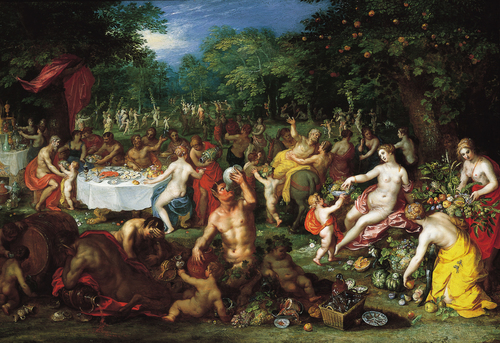 (A Bacchanal by Jan Brueghel the Elder)

Thank you all so much for your support, whether it was financial or emotional or both. When I started the process six months ago, if you'd told me that 149 people - friends, family, colleagues, old acquaintances, total strangers - would support my book, I wouldn't have believed you. (There's a nice example of the third conditional to confuse my students with...)

If I know you, I've already thanked you, but thanks again. And if I don't know you, and I haven't been able to track you down on the internet to message you somehow - thank you!

So, what happens next?

Editing, mainly. First I need to do some work on my own, and then I'll be working with a professional editor so the book is as good as it can possibly be before it arrives in your letterbox. I'll post another update when I have some news.