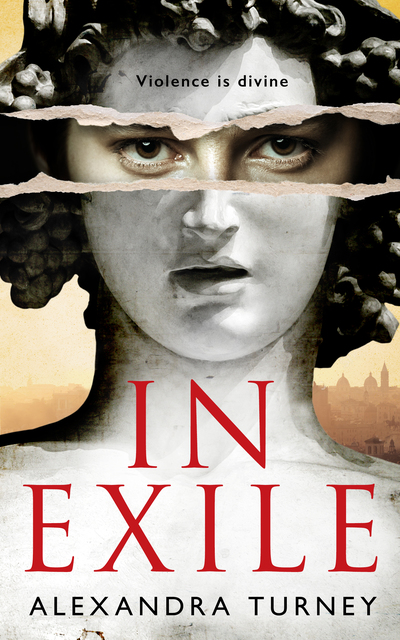 “No one in this city has believed in me for two thousand years. I’m unknown and unloved. And I’m very, very ill.” He sighed, and the sound chilled her blood. “Give me your hand.”

Dionysus is re-born in a city which is never named, but which can only be Rome. He doesn’t understand how or why he’s there again – a pagan god in a city where he has no believers.

Weak and disorientated, he’s sleeping rough when he meets fifteen year old Grace; a chance encounter in the streets of the Jewish Ghetto leads to the beginnings of an unconventional relationship. It seems that the god needs Grace more than she needs him, but along with her best friends, Caroline and Sara, she overcomes scepticism and fear to become his worshipper.

This is the beginning of their secret lives – prayers, shrines and “sleepovers” that are actually bacchanals. Their families are suspicious and their schoolwork begins to suffer, but after the first bloodshed, they know that there’s no turning back.

As Dionysus feeds off the energy of his vulnerable new followers, revelling in the chaos and violence of the bacchanals, it becomes clear that he is using the girls as a means to an end. His memories of past incarnations inspire the eventual climax on the Aventine Hill – the night to end his exile.

A cross between The Bacchae and The Secret History, In Exile is a teenage Greek tragedy set in 20th century Rome. The novel explores the themes of identity, sexuality, friendship and belief, and is an original study of a powerless, melancholy god living in exile in the Eternal City. It’s also a book for anyone who has ever been enchanted by Rome, a city which, like Dionysus, belongs to the past, waiting uneasily on the threshold of the modern era.