When reality is stranger than fiction... 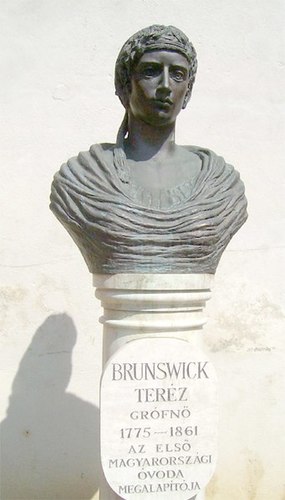 Welcome to our Friday IMMORTAL update! Thank you again for all your kind contributions and faith in this book-in-the-making.

As things stand today we have 82 patrons who have brought the level to a tantalising 83% of funding target, 73 days after launch. This is fantastic, of course, and I am profoundly grateful to all of you for your help. But please may I ask you something? If you have friends or social media contacts who might come into the IMMORTAL target demographic - music-lovers who are keen to read something a little bit different about the greatest mystery of Beethoven's life - please could you consider helping to spread the word about the funding? All the social media chestnuts are valuable in this respect. Essentially, the sooner we can get all the funding in place, the less wobbly I will feel as I press on with the writing.

The manuscript is reaching a crucial turning point: the bankruptcy of Austria a couple of years after Napoleon's victory. It is strange to gain such perspective on how world events shape personal ones, which then continue to resonate across the centuries. Were it not for this situation, which had a direct bearing on Beethoven's income (his princely patrons started to default on their payments into his annual stipend), he would not have gone to Prague in summer 1812 - and neither would the person he (probably) unexpectedly saw there - and we would not now have 'An die ferne Geliebte', without which we would also not have Schumann's Fantasy in C major Op. 17.

But world events are shaping us, too. In particular, with the news absorbing all our attention at the moment, to say nothing of three and a half years of constant anxiety, the impossibilites of planning ahead and the terror that everything we hold dear - including openness, tolerance, freedom, internationalism - is about to be flushed down the drain that is Brexit, it's very difficult to keep a focus on the early 19th century. Even though there is so much we could learn from that era.

I have been working on chapter 17, in which Therese talks to Luigi about Goethe, then finds herself re-reading a certain passage of The Sorrows of Young Werther: "How are ye changed, my friends, since the days when we flew along the hills together like gales of spring." Her tears arise; life is slipping away; everything is on the brink. And Goethe's reference, in this passage of "Ossian", to the name "Minona" is soon to prove important. Being Therese, though, she gives herself a good shake and prepares to keep calm and carry on...soon there will be still more mess created by her sister to help clear up.

So, dear friends, since parliament went back into session, the rate at which people have been pledging to IMMORTAL has dropped rather dramatically. I think this is a function of reality being stranger than fiction. But it would be wonderful if we could somehow reverse this trend, sooner rather than later!

Huge thanks, love and best wishes,