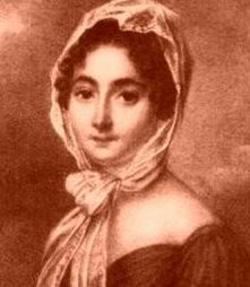 Hopefully you will now have received your shiny new copies, or indeed shiny new ebooks, of IMMORTAL itself. I hope you're enjoying it - do please write and tell me your thoughts when you've had a chance to read it!

Meanwhile, I was saddened to hear the other day that the celebrated musicologist Maynard Solomon has died, aged 90. I have admired his writings for many, many years, I love his book on Mozart and have found his articles about Beethoven absolutely invaluable when working on Immortal, especially his explorations of the composer's conversation books. He sounds a fascinating person and I am only sorry that I never had the chance to meet him. Here is an excellent obituary from the New York Times.

This is therefore a good moment to put some "difficult stuff" about Immortal briefly under the spotlight and get it, hopefully, out of the way.

Maynard Solomon's theory of the Immortal Beloved was that the woman in question was Antonie Brentano, the wife of one of Beethoven's closest friends and supporters. There were two principal reasons: first, that she was definitely in Prague on the right day in 1812; secondly, that Solomon undertook a sort of posthumous psychoanalysis of Beethoven which seemed to support this theory. His suggestion has been much approved and amplified, notably by the writer and scholar Susan Lund, who has worked on Beethoven since the 1970s and has written a novel, a play and a factual book about it.

The theory has also been widely contested, even objected to, the alternative being that the Immortal Beloved was Josephine Brunsvik (pictured above). Chief among the scholars exploring in this direction was the late Rita Steblin, whose articles and books have been a mainstay of my own information (I was devastated to hear that she died a year ago, leaving some important research unfinished). Before that, Marie-Elisabeth Tellenbach had written a fascinating, extremely detailed book on the Josephine theory and the zealous John Klapproth translated into English some crucial early texts on the subject, including La Mara (1920s) who had published some of Therese's memoirs. Some of these writers entered into spirited and occasionally angry exchanges with Solomon on the Josephine v Antonie topic.

But if you saw the BBC's Being Beethoven series recently, you will have noticed (or you might not - it went by very fast and in almost sheepish tone) that one of the Viennese academics acknowledges, after much "we don't know who she really was", that they do now think there is a 90 per cent likelihood that the Immortal Beloved was Josephine. Ninety per cent is not a small figure. The doubt remains because the traces of this affair were extremely well concealed at the time. It's impossible to prove the final ten per cent without digging up Beethoven and the person - or indeed more than one person - who may have been his illegitimate child and doing a DNA test. I doubt that is going to happen any time soon.

The fascinating thing about either theory, Antonie or Josephine, is that both present Beethoven with a possible "love child" at the crucial moment. Antonie's youngest son was born about three weeks before Josephine's daughter in spring 1813. So whichever of these infants was the one to whom he could never be a father, the likely outcome - his obsession with adopting his nephew - still applies and makes sense.

It's true, too, that we don't know for certain, and that last 10 per cent of doubt is why I have tackled Immortal in the way I have: a fictional first-person narrative from a not necessarily reliable observer, leaving a little room for a question mark around the potential of Antonie. I'm not a zealot about this (I've died on a few hills before and this isn't going to be another, especially not when we are facing the biggest crisis to hit the world in my whole lifetime...). I do know that the Josephine theory looks, walks and quacks like a duck; the Beethoven-Haus in Bonn favours her as the likely solution; and I can't deny that I am not wholly in favour of psychoanalysing someone who is not present to speak for himself, though I find the nephew explanation perfectly plausible.

Let's cut to the chase: the problem with the Josephine v Antonie dilemma is that it is not really about Josephine and Antonie, or not any more. It is about today's factions. The fact is that if the Immortal Beloved was Josephine, it means Solomon's solution is not correct, which would be a painful admission for his disciples and admirers. Moreover, on Josephine's side it's unfortunate that Klapproth - who died several years ago - entered into some startlingly belligerent and rather wild-toned arguments about it, even with scholars of the calibre of Jan Swafford (whose book stays sensibly neutral on the issue, though seems unusually in favour of Bettina Brentano). It's not impossible that Klapproth harmed his own cause through sheer obsessiveness; moreover, his translations are not of the quality one could wish for, but their existence may perhaps have prevented others from producing more lucid ones.

Rita Steblin's clear, rational, scholarly writings have clarified much, however; she confirmed that Josephine expressed a wish to consult someone in Prague at the right time, and furthermore revealed that as late as 1818 Therese was mooting to her sister a possibility that they could consider going to London with Beethoven (see her article in The Musical Times, summer 2019). Steblin's involvement was key to the turnaround. There are probably power struggles rumbling away beneath the entire situation, and it's quite likely that they could involve the reverence sometimes accorded to senior male scholars, the propensity back in the 20th century for squishing away the women who see things differently...and much more besides.

This is a topic that can get under your skin. I'm not surprised it provokes obsession - and some of the texts in existence are almost terrifying in this respect. That was one reason that I hesitated for several years before plunging into writing Immortal. It is dangerous, disturbing and disruptive.

But it's also a fantastic story, strong and important enough to become known beyond academia, especially as it potentially casts fresh light on some of Beethoven's music. I've found that it's better recognised in Germany and, indeed, Hungary (the Brunsviks were Hungarian) than it is in English-speaking countries. Few writers of my outlook would be able to resist it, so...here we are.

Immortal is a novel because it couldn't be anything else. It travels from the spheres of Jane Austen at the beginning towards the emotions of Tristan and Isolde at the end. If you like it, great; if not, a pity; either way, it is not intended as a definitive statement on the ultimate truth. I'll leave that to academia and, possibly, the DNA lab. Meanwhile I heartily recommend that readers should also explore the writings of Solomon and Lund, weigh up the theories and decide for themselves. In the end, that's all we can actually do.