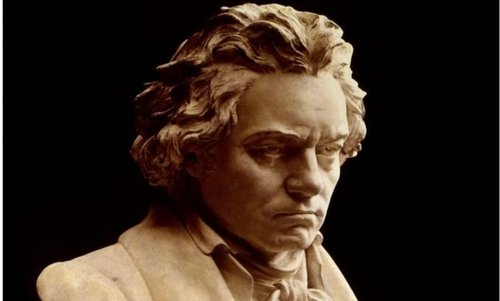 It's Friday, apparently - not that I'd have guessed. The days are measured out in porridge, coffee, soup, tea and job-lots of 10,000 steps and by 9.30pm I am knackered and ready for a good long sleep. How do I normally manage, out at 3 or so performances a week, back at 11pm or later, navigating busy trains and the throngs of central London?

The 10,000 steps is Tom's insistence (I'd be quite content sitting at my desk checking the book edits all day). Generally, I can't keep up. He is loving his time off with a passion. He does yoga, practises the violin all morning, goes to Waitrose a couple of times a week, puts on the washing, sometimes goes running or demands a good long walk in the park, and has been doing most of the cooking while I'm trapped in 1812 tussling with Luigi and Josephine. I've always known he has more energy than I do, and now I'm glad and grateful that someone has the oomph to mow the lawn.

And so to Immortal... The editing is going pretty well. The big issues are coming out in the wash, so to speak, and I am ever more impressed with the job that the doughty structural editor has done on my 135000 words: where she has made big cuts, I first of all stare with dismay, but then read the new version and think "ah, riiiight..." - because she has found ways of allowing certain things to speak for themselves, instead of being spelled out, which is something I should know but can't always spot from up close. Josephine's first husband's waxworks museum is a case in point. The book is haunted by his ghoulish image of King Ferdinand IV of Naples. The glass eyes of ETA Hoffmann's Dr Coppelius are never far away. But you will need to go and read Hoffmann to learn more about this.

I am continuing with daily (almost) readings from Ghost Variations as my personal Jessanory on my new Youtube channel. Each day I upload 13-17 mins of it around 5pm. The filming is done with PhotoBooth on my computer and it is pretty amateurish, not least because I can't be bothered getting glammed up and the cats may wander in in the background at any moment. Meanwhile, my evening reading is Anthony Trollope's The Warden, which is such a laser-sharp picture of small-town politics and fat-headed journalism that it could almost have been written this century. So with this mental mix, tempered by high anxiety, last night I had a nightmare: I had been filmed for a TV interview with Lang Lang and some other pundit and something went awfully wrong and the video of me was so terrible that some newspaper website ran it whole as a shaming exercise. I woke up shaking and relieved to discover that all I really have to deal with is a global pandemic. I might need to avoid Lang Lang's recordings for a few days.

And so we plough on. I have a few things to write and some of the concerts we had planned for this year are now going to take place next year instead (touchwood). All is not lost. It is still springtime and this weekend is going to be sunny. Enjoy it, and stay safe.