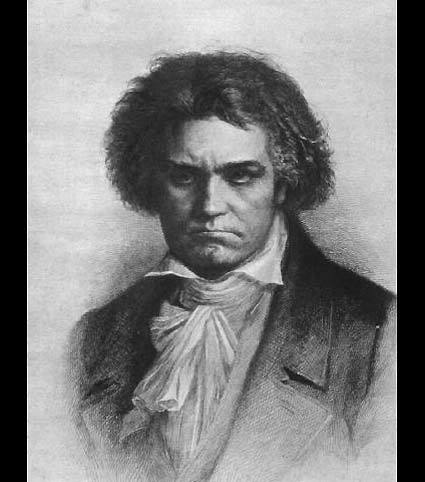 Happy Valentine's Day to you all, and may the love of music be with you for this and every day!

Ludwig (or Luigi, as Therese calls him) van Beethoven's love story is bigger than most of us had thought, myself included; and there's a chance that the repercussions go deeper into his art than one might expect. For the occasion, then, Udiscovermusic, the webzine attached to Universal Records, asked me to write an article on the Immortal Beloved topic. Here it is, and while I should say it includes spoilers, there is also plenty of information in it that is not in IMMORTAL, because I wanted to take a thoroughish look at the alternative scenarios that have been put forward, often very convincingly.

Today, is there actual proof that our lady is Josephine? Actually there isn't. But there is a great deal of circumstantial evidence which makes this the most likely solution when you take into account the state of her life, her personality and Beethoven's.

The story of why it has taken Josephine's history so long to reach prominence really deserves another book to itself. The Immortal Beloved was suppressed almost out of existence by her own family after her death; for many years her and her family's estates were hidden away behind the iron curtain and impenetrable (to westerners) languages in Hungary and the Czech Republic; Minona herself is thought to have burned some papers; and the story goes that a servant stole a clutch of letters from her and absconded with them to America. I understand these are the 13 love letters that only re-emerged and were published in 1957.

In the meantime, the cauldron is bubbling on. The book is still queuing for an editor and designer, and I HOPE THEY WON'T HAVE TOO MUCH OF A FRIGHT WHEN THEY SEE HOW LONG IT IS... The concert scripts are my next crucial project; again, there's a lot to fit in and my pianist concert partner Viv McLean and I are planning a thrashing-out session soon to test-drive a few different ideas. (And I have sourced a costume that feels reasonably Therese-like.)

Have a wonderful day, Valentine's or not, and if you are at a loose end tonight (never a pleasant thing, I know) come along to the Royal Festival Hall to hear a beautiful French concert by the LPO in which Jean-Efflam Bavouzet is playing the Ravel G major Piano Concerto (now, there's a composer who needs a novel...).