The impossibility of choosing a favourite World War II aircraft 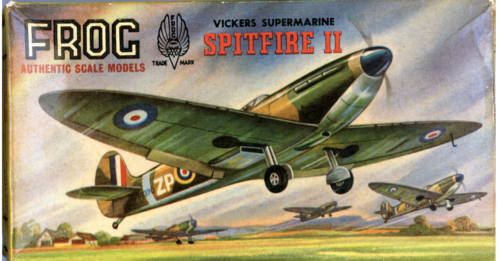 There are millions of World War IIs, and some are more fun than others. The one your grand – or great grandparent –fought or endured was probably the least fun, though a period of (say) six years always holds countless contradictions. The most enjoyable 'version' of World War II was the retelling that was born as propaganda and became cemented to the public psyche through model kits, Commando comics, 1960s cinema and other appealingly celebratory channels. With its moral certainty, sexy machines and thrilling destruction it was utterly appealing to children, and those children became adults.

Wherever a favourite or loved aeroplane is mentioned a person's character is being judged – and along with it what they stand for. This is a terrifying situation so let us consider the matter. Here are some considerations when one attempts to answer the hardest question of all: 'what is your favourite aeroplane of World War II?'

Loving the Spitfire is like loving The Beatles. It is like loving coffee or beer, it is ubiquitous to the point of pointlessness. It seems to say little about who you are to love the Spitfire, especially if you are British. On the other hand, the Spitfire is utterly wonderful. Despite what contrarians so tiresomely insist, the Beatles wrote great songs and the Spitfire is stunningly beautiful. And it was a miracle of engineering. And it did have a part in saving many countries in World War II. But then again... 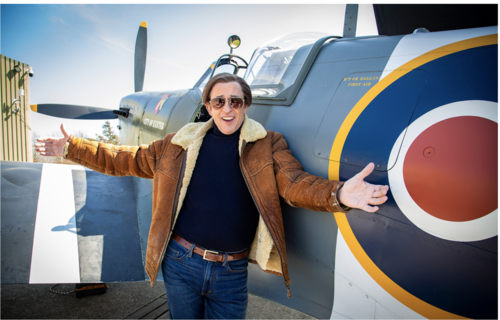 Military history, as an account looking at 'things' more than 'people', will always have a right-wing, left-brained bent, something not to everyone's taste. The Spitfire, as known in Britain, is warm ale, clacking cricket bats and Conservative. This is at odds with the actual Spitfire pilots who spanned the entire political spectrum.

What about the Hurricane?

You can spend about ten seconds on Twitter talking about Spitfires before someone will tell you the Hurricane was more important in the Battle of Britain. Vital yet underrated, the Hurricane is the Ringo Starr to the Spitfire's John Lennon (to further confuse our Beatles' analogy).

Oh wait, so which aircraft is Paul McCartney and George Harrison? Answers in the comments section, please. And do I have to stick to the Battle of Britain in this game?

Then it gets even more complicated as you wonder if celebrating the aeroplane of a particular culture means consciously or unconsciously espousing something of that culture's beliefs. It certainly makes things a little less comfortable when you spot a load of Wunderwaffe titles on someone's bookshelf (though these have entered the mainstream recently). But that judgement is probably silly in some ways. Which War World II is this imagined lover of German WW2 aircraft living in anyway? Perhaps they are baddies in a sixties film in this person's head.

The phenomenon of the ever-popular Lancaster Christmas cards shows the bizarre degree to which bombers have become cosy. As engineering, a Lancaster is amazing, a B-29 even more so. If one can look at them with a child's eye we can enjoy the gun turrets, the quartet of roaring engines and the fraternal teamwork of the unlucky crews. Still, if fighters can be likened to flying knights, bombers seem more akin to flying human abattoirs. (note to self: may pitch flying abattoirs on Dragon's Den). 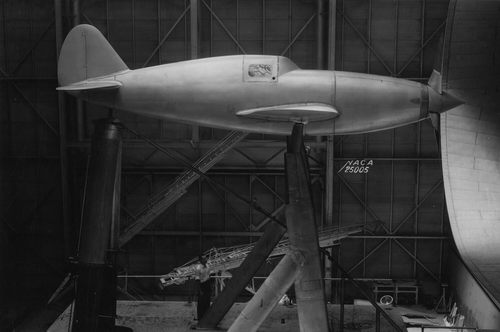 Most of the Soviet fighters (and I make no apologies for being fighter-centric) were tiny, whereas many of the US types, especially later ones, were huge. A P-47 (see early wind tunnel model above) was more than twice the weight of a Yak-9: at around 17,000Ib all-up compared to a mere 7,500Ib for the Soviet machine. Do you support the plucky underdog or the muscleman? And what does that say about you?

Any self-respecting muso appreciates the cachet of a working knowledge of Hungarian Witch House or West African Trumpetcore – knowing stuff others don't can be an enjoyable (if unstable) source of self-esteem. This elitism happily fits into av-geekery: 'what do you mean you've never heard of the Bichel-Zagnetova BZ-104?'. The problem with choosing these rare types is often there is a reason they are rare, and you are missing out on appreciating something magnificently capable and beautiful just because it is common.

Update on the Hush-Kit Book of Warplanes

We're now at the final design stages! I'll share some pages with you at the first opportunity. CAN'T WAIT for the book to come out this year, all thanks to you. I want the production of the 2nd volume to be far swifter, which will be dependent on it reaching full funding in a decent timeframe (it's currently at 31%). If you're cautiously awaiting volume 1 before committing to the second I'd encourage you to take the plunge to ensure the fast arrival of the sequel. If you wish to support this and make it happen you can do it here.

What have I done in supporting this book? This non-update has taken a handful of aircraft words, reached some dubious conclusions, then mixed some absolute tosh, with a spatter of foul language and proudly presented it to the project supporters. I was about to support volume 2 when I saw the "update" on volume 1 which, if has editorial in any way like this load of..................,will make me extremely disappointed.

We’ll I can’t wait- I’ve already signed up for the second book and although I’m 57 and might be dead before it is published, I know my daughter will have a good laugh at Joe Cole’s aviation wit. Where else are you going to get references to Hungarian witch-house?
Joe’s posts ring my bell!

Growing up, I loved listening to my grandfather's stories from the 1940s, like the time he donated to something called "The Hush-Kit Book of Warplanes". I think it was supposed to be a book or something? Wonder what ever came of it.

I'll be a bit more direct. Where is my book?

Hush-Kit Book of Warplanes Vol.1 is due for publication in Summer 2022 and supporters will receive their copies before it is release in retailers. Joe and the whole team at Unbound are really excited for you to see it! Please keep your eyes peeled as more updates come through closer to publication.