The Great British Fighter That Never was: The Miles M.20 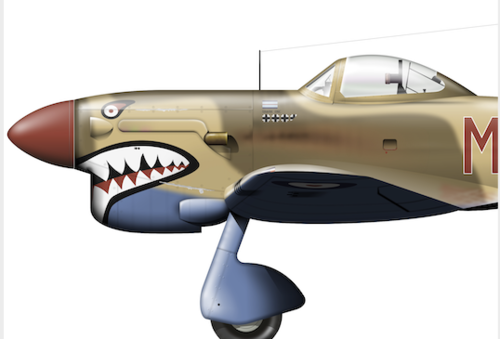 The M.20 was a thoroughly sensible design, cleverly engineered to be easy to produce with minimal delay at its nation’s time of greatest need, whilst still capable of excellent performance. As it turned out its nation’s need never turned out to be quite great enough for the M.20 to go into production. First flying a mere 65 days after being commissioned by the Air Ministry, the M.20’s structure was of wood throughout to minimise its use of potentially scarce aluminium and the whole nose, airscrew and Merlin engine were already being produced as an all-in-one ‘power egg’ unit for the Bristol Beaufighter II. To maintain simplicity the M.20 dispensed with a hydraulic system and as a result the landing gear was not retractable. The weight saved as a consequence allowed for a large internal fuel capacity and the unusually heavy armament of 12 machine guns with twice as much ammunition as either Hurricane or Spitfire. Tests revealed that the M.20 was slower than the Spitfire but faster than the Hurricane and its operating range was roughly double that of either. It also sported the first clear view bubble canopy to be fitted to a military aircraft.

Because it was viewed as a ‘panic’ fighter, an emergency back-up if Hurricanes or Spitfires could not be produced in sufficient numbers, production of the M.20 was deemed unnecessary since no serious shortage occurred of either. However, given that much of the development of the Spitfire immediately after the Battle of Britain was concerned with extending its short range, as the RAF went onto the offensive over Europe, the cancellation of a quickly available, long-ranged fighter with decent performance looks like a serious error. Exactly the same thing happened with the Boulton Paul P.94, which was essentially a Defiant without the turret, offering performance in the Spitfire class but with heavier armament and a considerably longer range. The only difference being that this aircraft was even more available than the M.20 as it was a relatively simple modification to an aircraft already in production.

The M.20 popped up again in 1941 as a contender for a Fleet Air Arm catapult fighter requirement, where its relative simplicity would have been valuable. Unfortunately for Miles, there were literally thousands of obsolete Hawker Hurricanes around by this time and with suitable modifications they did the job perfectly well.

Other aircraft perceived to be good enough already