If the Nikitin-Shevchenko IS-4 (1941) had gone into service what might pilots or ground crew have scrawled on the tail? You decide on the word or phrase - ideally in Russian and if selected it will appear on the artwork seen in THE HUSH-KIT BOOK OF WARPLANES. Let’s find out about the world’s first variable geometry wing fighter. Leave your suggestions in comments. Good luck! 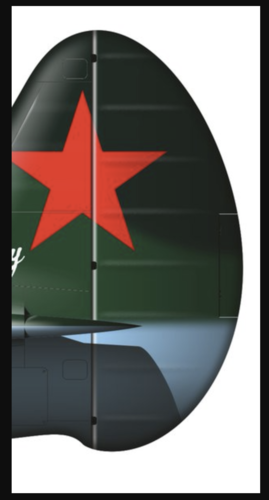 Picture the scene: it’s the late thirties, you are aircraft designer Vasili Nikitin and you are puzzling out the future of the fighter aircraft whilst living in the terrifying day-to-day world of Stalin’s Soviet Union. Yakovlev came up with a nice little fighter and was given a car. Yet Polikarpov showed a bit too much cockiness and was thrown in jail. And right now everything is awkward: The speed of the monoplane seems to be pointing the way to the future yet the biplane still has superior manoeuvrability, short field performance and climb-rate. What the hell are you supposed to do? Suddenly up pops seemingly crazed test-pilot Vladimir Shevchenko who explains over a couple of cups of kvass how you could achieve both in the same airframe with a hare-brained scheme he dubs the ‘folding fighter’. Against all better judgement the entire lower biplane wing hinges and retracts into the fuselage side and upper wing, transforming the handy but slow biplane into a sleek monoplane at the flick of a switch. You wonder if the idea is insane – but after due consideration you decide it may well be the next big thing in aerospace technology

Somehow the approval of the Chief Directorate of the Aviation Industry was obtained, and a folding fighter was built: the IS-1. Amazingly for such a seemingly radical machine it performed excellently. A productionised version dubbed the IS-2 was quickly developed but its monoplane abilities were insufficiently competitive and Nikitin devised the considerably more formidable IS-4. The design of the wing(s) remained basically unchanged but this is where the similarity ended as the IS-4 was to be fitted with a bubble canopy, tricycle undercarriage and the M-120: a 16-cylinder X-configuration engine delivering 1650 hp. With the M-120 engine a top speed of 447 mph was forecast in monoplane configuration, heady stuff indeed for 1941, yet transformed into a biplane a landing speed of merely 66 mph was projected. An aircraft offering this astonishing breadth of performance would have been invaluable for the Soviet air force, especially early in the war when their fighters were required to operate from rough fields where the docility and inherent STOL capability of a biplane would have been greatly appreciated. It is also worth pondering what might have been had the design been known to the contemporary outside world, the folding fighter concept has obvious potential for carrier based aircraft for example. Likewise the inherent liabilities of the type were never to be operationally evaluated, what would happen if the lower wing deployed asymmetrically for example? Nikitin had designed a lock to prevent this from occurring yet who knows what would happen in combat. Similarly the undercarriage could not be lowered in monoplane configuration. Were the wing and wheels to stick ‘up’ for any reason the resulting forced landing would be highly dangerous and almost definitely result in the loss of the aircraft. 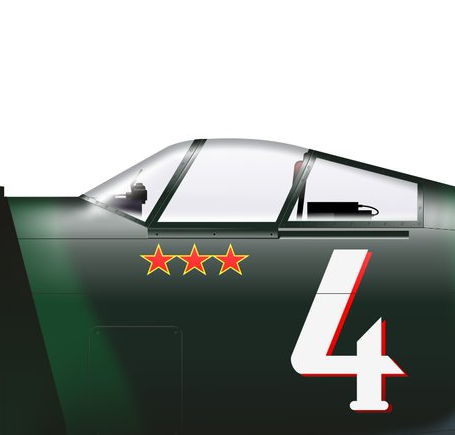 But this was all to remain academic as fate intervened (as for so many other hopeful Soviet armament projects) in the form of a massive German invasion curtailing work on promising new aircraft to concentrate on existing types. To be fair, things had already begun to unravel somewhat for the IS-4 when the M-120 engine was cancelled and the lower-powered Mikulin AM-37 (as fitted to the less than spectacular MiG-3) had to be substituted as the only alternative inline power unit available. Nonetheless the IS-4 was apparently flown in the summer of 1941 but records of what flight testing was done were lost when the design bureau and workshop were evacuated ahead of the advancing German forces. 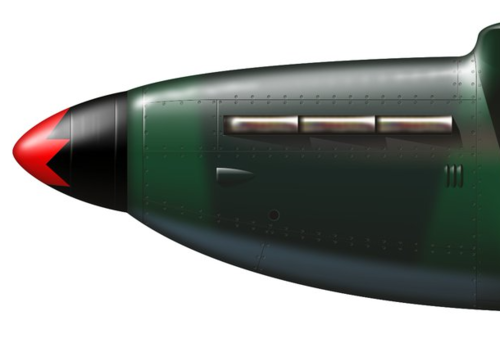 Despite the recorded completion and flight of the IS-4, I have searched online for nearly five whole minutes and not been able to find a single photograph of the complete aircraft. There’s three-views and an oft-reproduced drawing of the aircraft in its M-120 engined form hurtling skyward in dramatic fashion but that’s about it. Given that every other obscure fighter I can think of has at least turned up in at least one photograph (even the long lost PZL.50 Jastrząb) it does seem to cast doubt on the flight claims of this amazing aircraft. Or maybe I just didn’t look hard enough. However the cancellation of the IS-4, whether or not it actually flew, brought to an end the development of the world’s first serious attempt at a variable-geometry fighter, closing the door on a conceptually unique aircraft that appeared to have a great deal of potential.

If the Nikitin-Shevchenko IS-4 (1941) had gone into service what might pilots or ground crew have scrawled on the tail? You decide on the word or phrase - ideally in Russian and if selected it will appear on the artwork seen in THE HUSH-KIT BOOK OF WARPLANES. Good luck! Add your suggestion below.

With a distinctly cynical tone as to how successful it would be, I suggest “Всё гениальное просто”, most likely by a member of ground crew that had to make it work

будет плохо но недолго. (It will be bad but not for long) Generally attributed to Lukashenko and the purpose was to encourage people to persevere--things will be bad but not for that long. The joke is that it was commonly understood to mean it wont be long before you're dead. Maybe not so realistic but depressingly relevant to WWII Soviet pilots.

Пуссы Риот would be nice, but not historically accurate. "For the Motherland", except in Russian, of course.

The wonderful and terrible Westland Wyvern attack aircraft was used by Britain’s Fleet Air Arm and now you can have it as a T-shirt. Plus a signed first edition and your name printed in the book and the ebook. 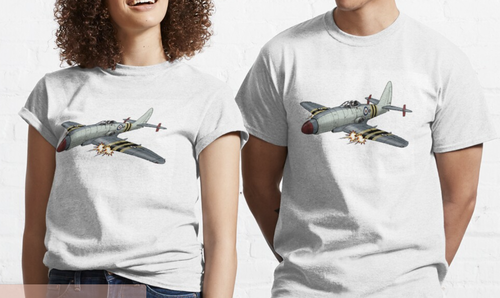 Hush-Kit creator Joe Coles will draw a unique (and possibly quite silly) bespoke sketch of an aircraft in the front of your book. Plus WW2 replica badge and everything at the Signed Hardback level. 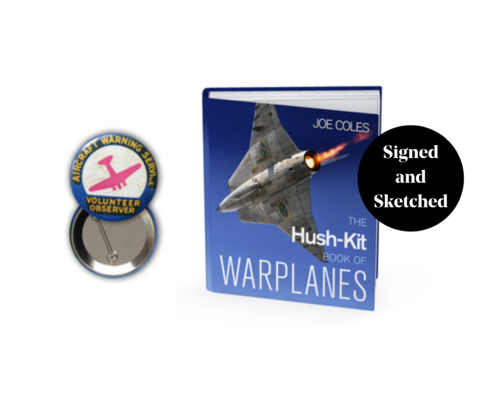