How to Come Alive Again 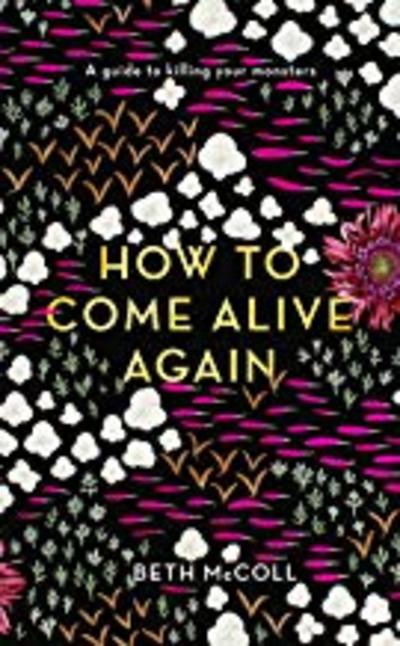 How to Come Alive Again

A guide to killing your monsters

But it’s also okay. I don’t mean that like it’s great and you should just shrug and get out of my office. I don’t even have an office. I’m sitting on the floor eating a banana.

How to Come Alive Again is a book for people exactly like this. It’s a book about what to do when you’re an anxious, depressed, spaghetti-brained mess in a society that still very much prefers us to all act normal and do normal things and talk about normal TV shows and eat normal sandwiches AND JUST NEVER MENTION MENTAL HEALTH EVER. It’s a book for the un-normal amongst us. It’s a book about what happens when your life turns to shit and you can’t get up out of bed. It’s a book for when you outwardly seem happy and functional but are actually drowning in a toilet of depression, worry, and hell. It’s a whole mess of practical advice for anyone who has a mental illness or knows and loves someone else who does.

It’s everything I’ve tried - what’s worked, what hasn’t worked, what’s made everything worse, what’s gotten me into trouble and then out of it again. It’s a middle finger to everyone who still believes that mental illness is a choice.

It’s a hug. A big tasty hug all for you. Except for if you don’t like hugs, in which case it is a lovely delicious sweetcorn. A reassuring corn all for you.

How to Come Alive Again just a funny, ridiculous, broken book written by an author who could be described the same. It’s what would happen if you took a regular self-help book and let a drunk toddler scribble all over it, basically. But except it’s VERY good and BRILLIANT and ALSO VERY HANDSOME. It’s the basics for mending your life, accepting yourself, changing what doesn’t work, killing the worst of it and learning to live again.