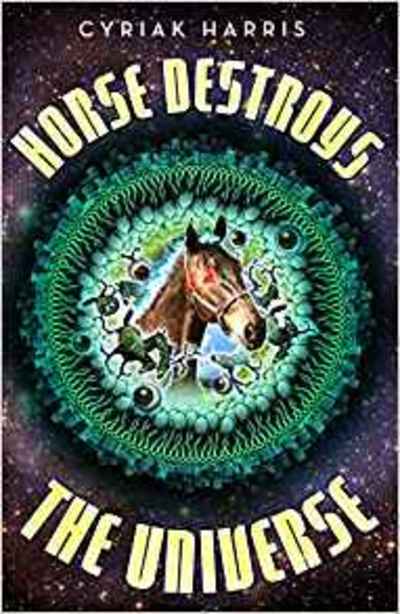 "I think our horse might be eating the internet"

Life was simple for Buttercup the horse. Chewing grass in a field, gazing dreamily at passing clouds or standing at a hedge to watch the world go by. Perhaps a light nap followed by a gentle canter and more grazing, and then off to the stable for a programme of psychological tests designed to expand the boundaries of horse consciousness.

For Betty and Tim, life was also simple. Or at least as simple as life could be when you are scientists conducting neurological experiments on a horse. That is until the day they discovered their horse was conducting an experiment of its own.

Life became rather more complicated after that for Tim, Betty and Buttercup, and the ensuing struggle for control over one horse's destiny results in an intellectual arms race that takes all three of them to the edge of reality and beyond. It is a struggle that threatens to shake the foundations of civilisation and unravel the fabric of time and space. Can anyone stop this horse from destroying the universe?