A collection of essays prescribed by voices from the Middle East, South Asia, and the diaspora.

Outside multimedia art and music, I have wanted to explore writing as a medium to tell stories. I met Dhruva Balram (co-editor) in the Summer of 2019 just after I presented my first residency program and multi arts festival in London, Haramacy. The conversation ebbed and flowed about voices from our shared community being drowned out, muted even at times. This unexpected exchange manifested over time and Dhruva put out an open call to writers on Twitter. We received over 200 applications and our project was born!

While home for most of this year, with the help of Tara Joshi (co-editor), we invited Middle Eastern / South Asian novelists, journalists, and artists to write a collection of personal essays exploring themes of belonging, love, endurance, family, and more. In my essay, I relive the day I woke up in Kuwait and it was invaded. I also reflect on memories of being bullied and feeling shame as a child.

All of our essays are deeply personal and an immense amount of heart by our editors helped shape them into relatable stories. The book features personal essays by Aina J Khan, Ammar Kalia, Cyrine Sinti, Joe Zadeh, Kieran Yates, Nasri Atallah, Nouf Alhimiary, Saleem Haddad, Sanjana Varghese as well as essays by editors Dhruva Balram, Tara Joshi and myself.

Today marks seven days since we launched our book on Unbound. 150 of you have pledged support for it and we have reached 18% of our funding target. I wanted to give you a little context before saying a heartfelt (((thank you))) for being a part of the journey with us so far. 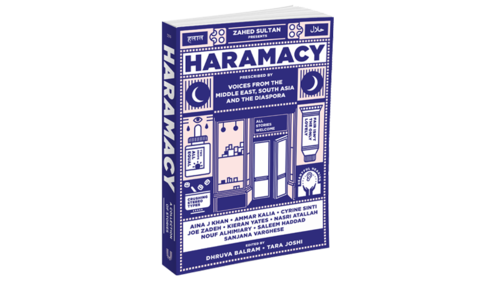 Copy of the eBook. 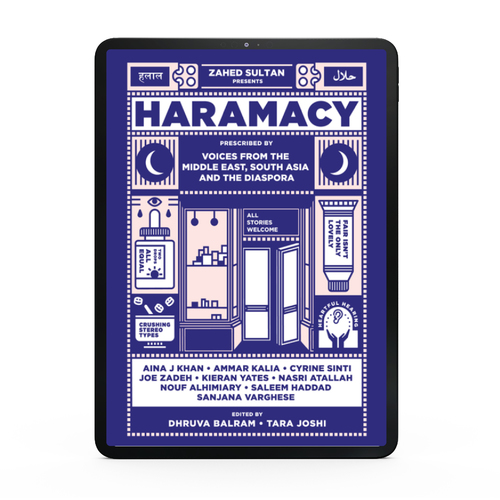