A collection of essays prescribed by voices from the Middle East, South Asia, and the diaspora. 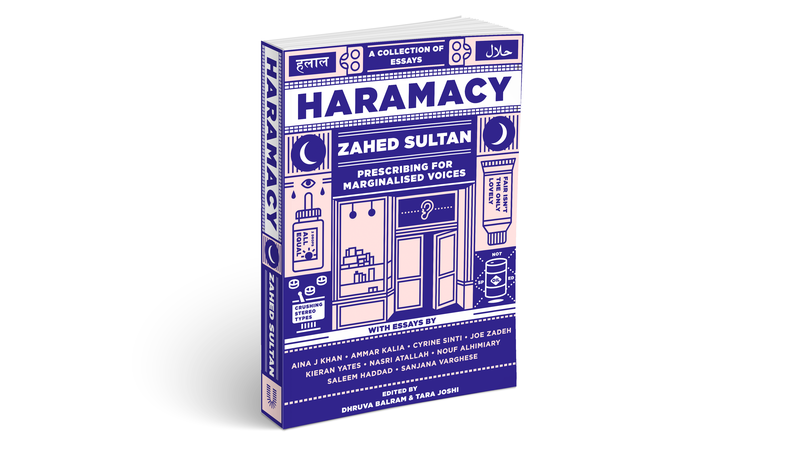 Biography | Campaigns
You made Haramacy a reality. It's available in all good book stores now.
$20  + shipping
426 pledges

A first-edition paperback copy of Haramacy, the ebook.

Copy of the eBook, a wallpaper for your phone.

Journalism in the UK is 94 per cent white and 55 per cent male, while only 0.4 per cent of journalists are Muslim and 0.2 per cent are Black. The publishing industry’s statistics are equally dire. Many publications will use British Black, Indigenous People of Colour individuals when it’s convenient; typically, when the region the writer represents is topical and newsworthy. Otherwise, their voices are left muted.

Haramacy amplifies under-represented voices. Tackling topics previously left unspoken, this anthology offers a space for writers to explore ideas that mainstream organisations overlook. Focusing on the experiences of twelve Middle Eastern and South Asian writers, the essays explore visibility, invisibility, love, strength and race, painting a picture of what it means to feel fractured - both in the UK and back home. Appreciating both heritage and adopted home, the anthology highlights the various shades that make up our society.

The title, Haramacy, is an amalgamation of the Arabic word ‘haram’, meaning indecent or forbidden, and the English word ‘pharmacy’, implying a safe, trustworthy space that prescribes the antidote to ailments caused by intersectional, social issues.

A first-edition paperback copy of Haramacy, the ebook.

Copy of the eBook, a wallpaper for your phone.