Sometimes, for one’s own sanity, it’s best to rip up an entire life and start again. The question is: whose life? And who does the ripping?

For you to read

Dear patrons and supporters of new voices in literature. I'd like to tell you why I’m so excited by An Other's Look that I can override my natural awkwardness and ask people to help me; why I am willing to thump the drum and rattle the cup and toot the whistle for pledges.

An Other’s Look is my second novel and builds on all that I thought I had learned when writing The Wrong Story. In this book I wanted to write about journeys and change and transitions, and I wanted to exorcise a few personal demons. I wanted the writing (and the reading) to be fun and I also had some unfinished business with three of the characters from The Wrong Story – Germaine, Tom and Gerard.

But two months into its writing I realised I hadn’t learned as much as I thought, and I had to go back to basics – and I mean basics: what the hell is a story anyway?  I knew where I wanted to go, I just didn't know how I'd get there. As part of this reboot I thought I'd just let my characters talk and butt out while they did so. I'd let them chat to each other while I tried to figure out what to do.

But what happened was that their dialogue and interactions took over and drove the story forwards faster than I could type it. I'd found a working method that just flew. What emerged six months later was a story with plot lines that all converge on a lonely and isolated Spanish peninsula town called Las Sombras, in north-west Spain.

Hence the thumping and rattling and tooting. I can't wait for you to meet these characters - the damaged academic, Germaine Kiecke;  the bereaved artist Tom Hannah and his new young muse, Alta; the Machiavellian Gerard Borkmann; the ageing voice-over artist Charles Cubberley, his Belgian wife Margot and his fellow actor and nemesis, Roger Pendleton; the sinister hotelier Rodolfo whose wife and father-in-law have both gone missing; his avenging sister-in-law, Luisa, and his wan, ghost-like son, Claudio. I even want you to meet the characters in Germaine’s parallel, augmented reality world of the Happy Family game.

I wrote it for you to read. 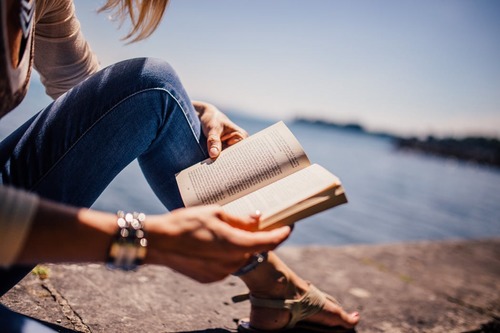