By Iska Lupton and Anastasia Miari

Happy Valentine's Day from us and all our lovely grandmothers. Here's a few of our favourite love lessons from grandmothers of the world. Read in full in the Grand Dishes book, now funding on Unbounders. 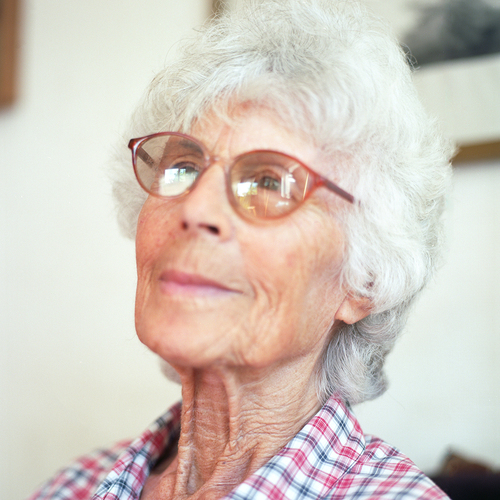 I never thought about marriage and I was always ready to say no but marrying Michael was the right decision when it happened in 1954. We were in some pub in Leicester when he proposed. He said ‘d’you think we’d better get on with it?’ It’s the sort of thing Michael would say, instead of falling on one knee and doing all that stuff. He was lovely and very matter-of-fact about things that you could have been rightfully hysterical about and that’s what made it such a happy marriage – his tremendous readiness to compromise.

People keep throwing this phrase at each other to ‘take care’ and I often wonder what they mean by saying that. It’s so important to take care in so many ways, not just when you're driving your car. You must take care in relationships, else you either have big disappointments or even worse disasters. 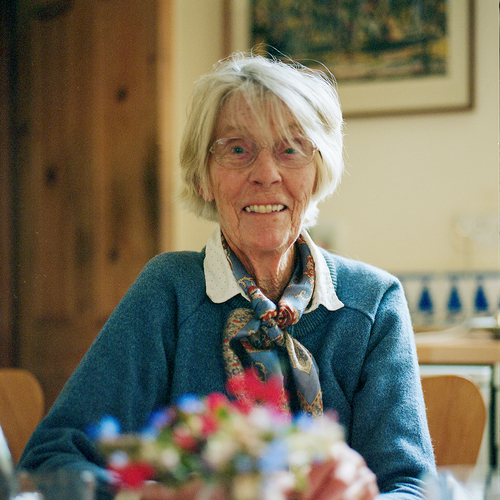 In many ways Tim dictated what I did with my life but I would not have had it any other way.  Without him, I would not have found myself in the Tanzanian mountains dining in the huts of local people, or living on the beautiful shore of the Shire River in Malawi. He changed the course of my life and I happily let him. Throughout our life together he would grow restless and decide to change everything and off we would go. I cannot imagine how I did it but I just held hands with him and ran. 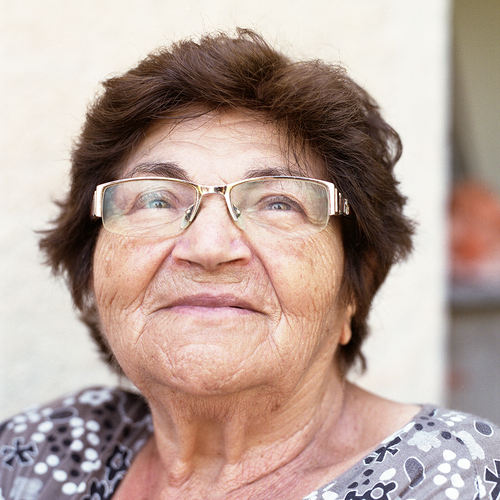 Don’t imagine that when you’re married to someone, there won’t be fights and that everything will be perfect. After ten years of engagement now, people can divorce and exchange people. Do you think that’s a better life than the one I led? The most important thing is respect and understanding between a couple. You have to love them and respect them, in spite of it all. 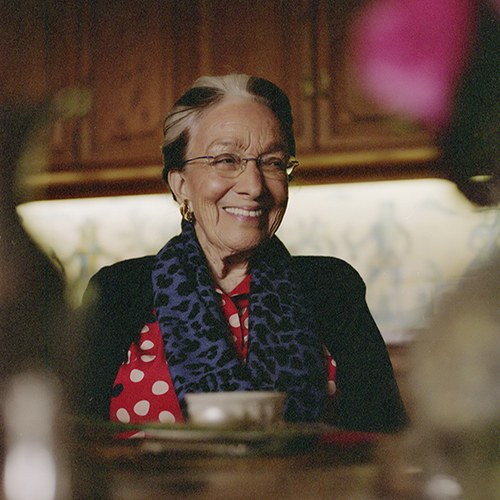 It’s so important to have faith in whatever you go into - even with men. You must believe in what you do, very much. You have to believe it is going to happen. If you are sure of what you’re doing, it’s magic. It opens all the doors. All you must do is believe. 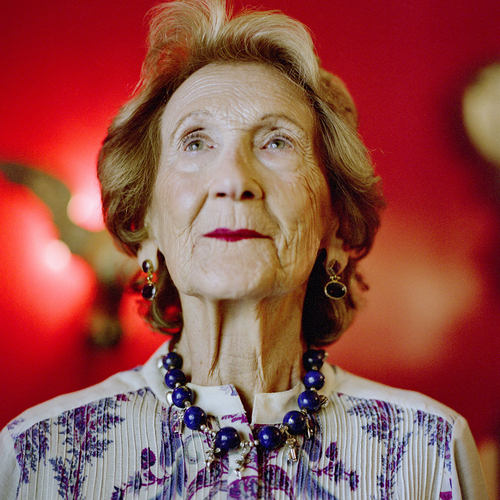 The one time I did not like to be a woman was when I was pregnant with my first child. Pregnancy should be reserved for cows, not for young ladies. I had such a terrible time. I was all the time tired so I began to take my breakfast in bed. My husband, who really was the sweetest man, would bring it to me and I have taken my breakfast in bed ever since. It is these small admissions, kindnesses and allowances of the other person’s weaknesses that make for a lasting thing. None of us are perfect, after all. 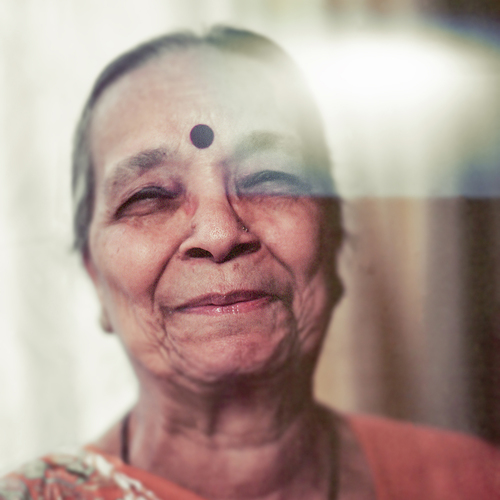 I met my husband six months after we were engaged. I agreed with my father that I would marry him so I simply had to like the look of him. I remember I was so skinny because I had nearly died of Typhoid before the wedding. I saw him for the first time from the ship as I arrived in Tanzania from India. To me, it wasn’t a choice or option to think it wouldn’t work. In our time, we wouldn’t even consider that we weren’t happy. We made it work. 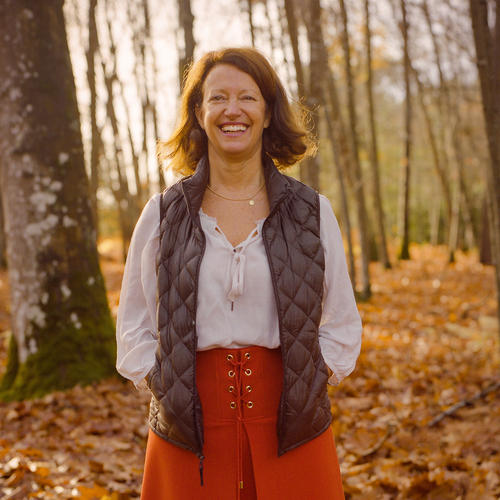 When we married we went to see a priest and the priest told us to always agree in front of our children. We have always followed that advice. After thirty-four years, we understand each other. We know what the other’s thinking. I think the key has been to listen and to always talk. Everyday you can turn to the other person and tell them it’s over, the hardest thing to do is to decide that it’s going to work and that you’ll make it work. 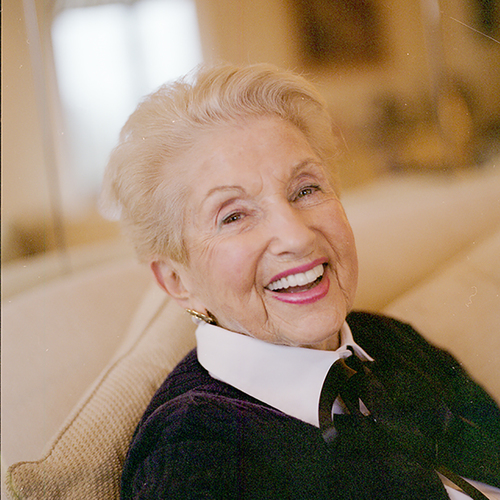 When my husband died I thought the end of my life had come. I started playing golf to distract myself and I met Murray there. I was with him for 15 years until I met Jerry, my current companion. He’s a rocket scientist - Gerry put the first American into space!

I met him while I was holidaying in Florida. I was actually with Murray at the time. We had a pleasant relationship but nothing special. When I went out with Jerry I felt I’d known him all my life. There was such a connection, I couldn’t get over it. I asked him if he’d like to join me for the weekend in Palm Beach and he said ‘Sure.’ I’d just met him! He came over and we spoke for hours. And Murray was at home in London and was supposed to come to Palm Beach to join me that weekend too. I phoned him and told him ‘Murray, don’t come, I’ve fallen in love.’ I was in my seventies. 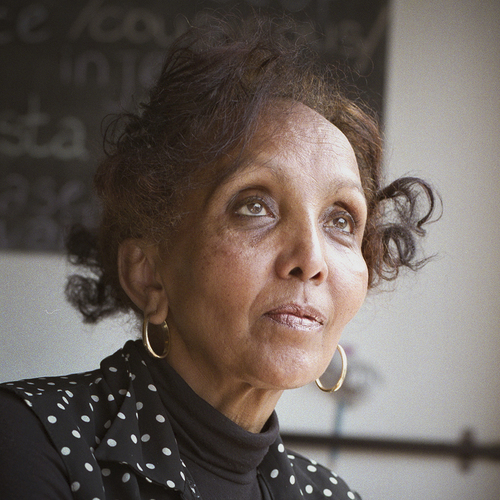 When I was 18, during the war between Eritrea and Ethiopia I went to prison twice because I refused to join the guerrilla fighters. I wasn’t up to it. I was looking forward to meeting my boyfriend (my now husband) so I thought it was better I didn’t go. Instead, I walked through the desert towards Sudan.

Of course I got lost for six months and had to live with nomads in the desert until I found my way. I got completely lost because the land was flat and I couldn’t navigate it at all. When I arrived in Sudan, I didn’t have anything. No clothes, no shoes. Nothing. The first thing I did was call my husband.  He thought I didn’t want to be with him because he hadn’t heard from me in six months.

I never thought I would die though. Someone asked me, after all this, were you scared? I was never scared. I always think, “Yesterday is finished so I can now look forward to tomorrow”. Tomorrow, you don’t know what life is going to bring and what is going to happen to you. Whatever is going to come is going to come. You have to embrace it just as you must embrace the changes in your relationship. 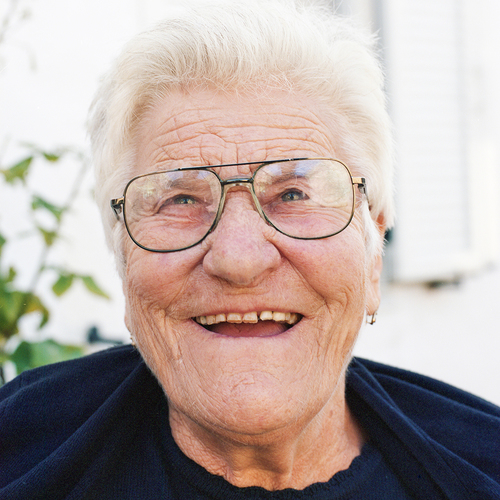 The most important thing is to respect the person you have chosen to be with. At the beginning, you love him for all that he can bring to your life in the future. At one point, your love changes and you love him instead for all that he has done for you. It’s important to respect your own choice by respecting him. Fights are normal. What you should always have is respect.

The Grand Dishes Book is being crowdfunded with publisher Unbound. Support the project and pre-order a copy of the book here for the complete collection of life lessons and recipes from grandmothers of the world.

A first edition of the hardback, plus the ebook.

A first edition of the hardback with a signed bookplate.