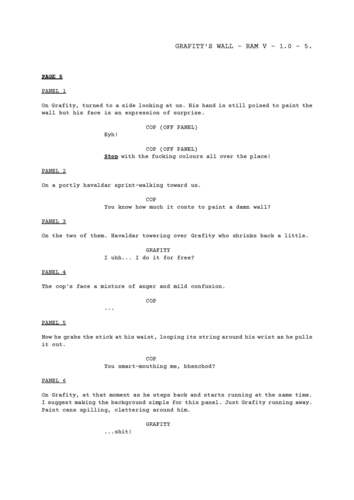 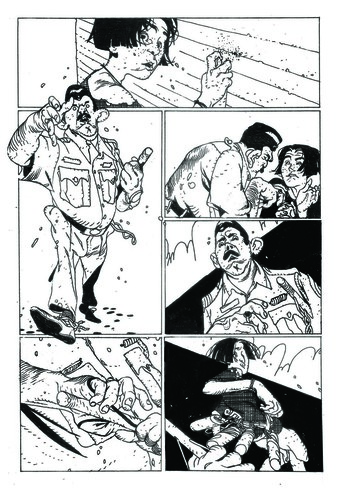 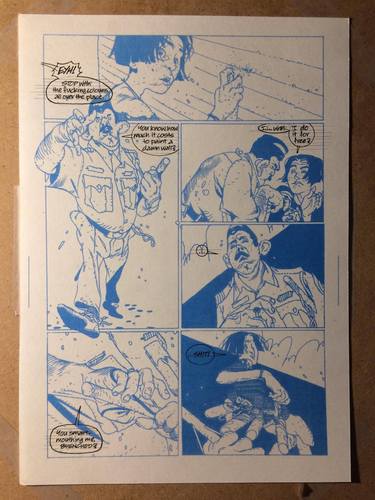 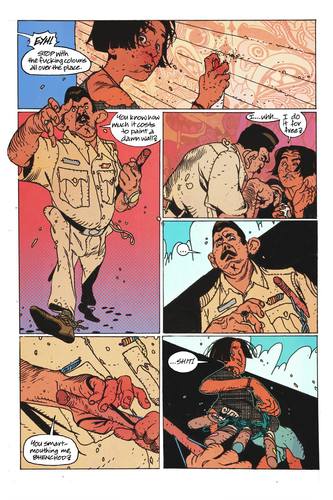 So this is what we've been up to! How've you been?

The opening pages of the book were relatively silent and you're about to discover just how chatty the characters can be. This is the first page that had a significant bit of dialogue on it so it was a good place for an update.

You can see what we do with the pages. Script to art, to lettering placements and finally coloured/finished pages. The work's gathering pace. We've knocked out 10 pages and are working on the rest. Both Anand and I had to recover from mild cases of the 'weather-change-blues' but we're back on track and working full tilt.

New batch of pages has gone over to Irma so she can work her colouring magic on them while Anand and I are working on the next bunch.

While we're on the subject of dialogue and lettering, I thought I'd point out a little quirk of mine with comics- especially ones set in Mumbai/India.

I like using language to recreate atmosphere and to transmit cultural nuances. Back in 2016, when I showed my book, Black Mumba, to a friend in Mumbai, he commented that the book, although a good read, still didn't feel 'Indian' in its language. And I've had this conversation with many people afterwards with a wide range of opinions on the language.

It is clear to me that any book that I write in English will have that cultural distance. Not because English isn't spoken in India. Far from it. India is the second largest English speaking country in the world. But in Mumbai, we speak a form of English & 'Hinglish' that has its own unique phrases and borrows from Indian languages like Hindi, Marathi & Tamil. It uses English phrases that are outdated in the UK but still used in India. It combines and mutates with influences from American Television and lingo from the internet. I argue that the kind of language spoken in Mumbai is such an amalgam that it'd be impossible to recreate it in a comic without sacrificing reading clarity to those who aren't already intimate with it. So I strive to achieve balance.

I use words and phrases unique to Mumbai's lingo. The use of 'EYH!' in the page above is one such tiny difference. I wouldn't imagine anyone calling out like that in the UK or the US but in Mumbai, you hear 'EYH' and you instantly know someone's calling out to you. It's not even a word but it transmits local culture and lingo in a way whole sentences couldn't dream of doing.

I enjoy that. (I won't explain the rest of the words on this page because the language on Mumbai's streets can be rather colourful!)

But I've been trying to do this for a while now... 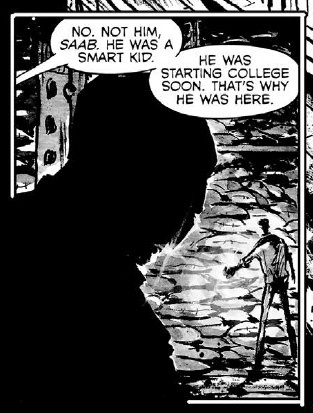 In other news, comics pals Dan Watters, Ryan O'Sullivan, Alex Paknadel and I started a bimonthly newsletter, you can subscribe here if you'd like comicsy things in your email twice a month - http://eepurl.com/cOPcez