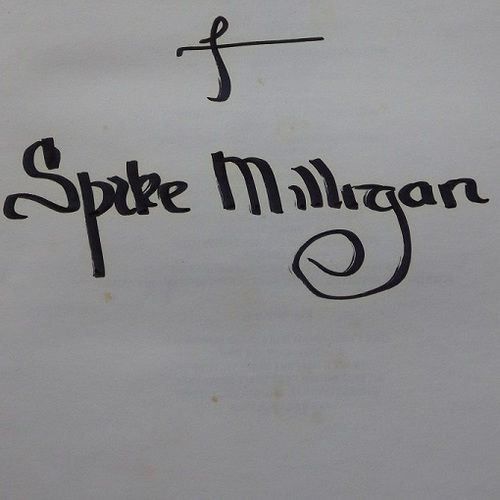 How would you like to win a first edition of It Ends With Magic, signed by Spike Milligan? The book is based on Spike's own family and tells the story of army life in India. What makes this particular copy of the book special is that it has been dedicated by Spike to Larry Stephens' first cousin, Edna (aka my mum!). The book was published in 1990 and shows some signs of its age - mainly sun bleaching on the spine and some foxing - but it is in generally good condition. 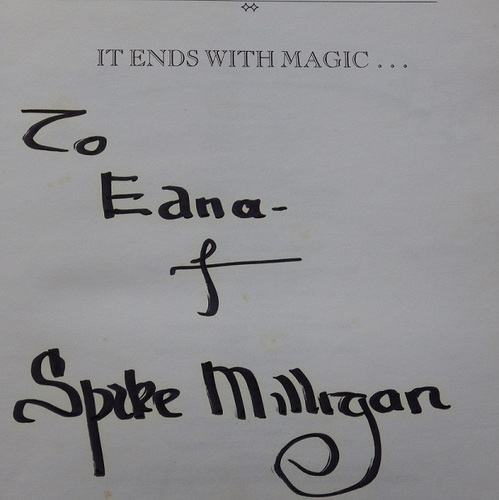 I ran a poll on Twitter and Facebook to determine what sort of contest this should be and the winner, with 37% of the votes, was a caption competition. For a chance to win, all you have to do is write a caption for this photo of Larry Stephens fooling around: 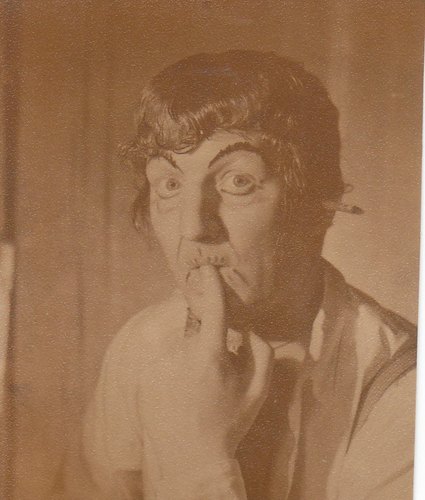 Email your caption to me at dreensdo@gmail.com by Monday 2 April 2018. I'll pick my three favourites and then put them to a public vote. The winner will be notified on the 6th of April, ten days before the 100th anniversary of Spike's birth.

The competition is only open to supporters of Glarnies, Green Berets & Goons so if you're not currently on the list of supporters and want to enter, simply pledge before the closing date.