I almost didn't tell you what I'm about to tell you as I wanted to keep it all to myself! I made a rare trip to London just over a week ago to a venue that will appeal to all comedy fans...

I'd been wanting to visit the Museum of Comedy in the vaults under St George's Church for quite a while as it has a fabulous range of items on display from a radio owned by Spike Milligan to Freddie Starr's yellow jacket and even the handsome fellow pictured below. The Museum also has a vast collection of comedy books and I spent a fair bit of time thumbing through indexes, looking for Larry Stephens' name. 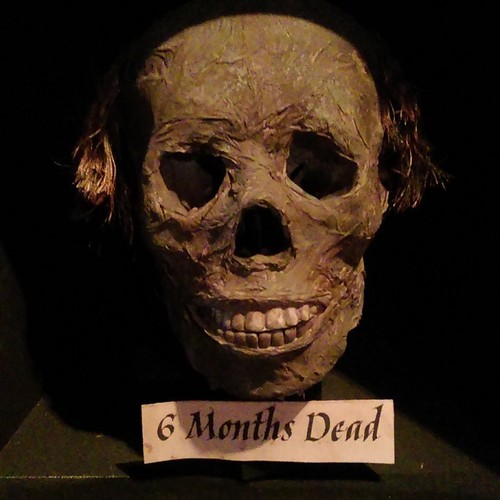 What I didn't previously know was that one of the rooms is given over to an intimate performance space with room for an audience of around 80 and it was this which made me brave the Central Line in blistering temperatures and finally pay a visit. Robert Ross, author of Unbound book Forgotten Heroes of Comedy was in conversation with the legendary Barry Cryer and I had a wonderfully entertaining afternoon listening to them. I laughed so much that it made my belly ache and my mascara run! 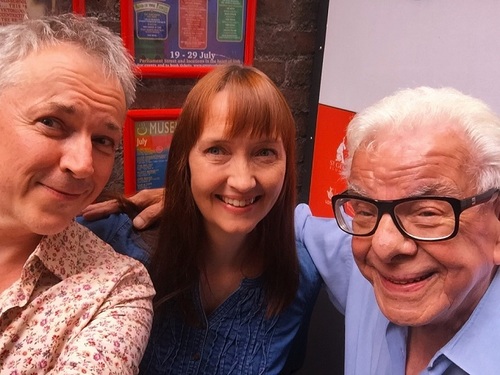 If you haven't been to the Museum, go now! I can’t recommend it enough (especially as they were kind enough to let me leave a pile of Glarnies, Green Berets & Goons bookmarks on the counter for visitors to help themselves to!)

Incidentally, Robert will be back there soon hosting Tony Slattery's Crimes Against Improv but please make sure there's a ticket left for me!

Talking of tickets, those for Vacant Lot, the sitcom Larry wrote for Tony Hancock, are selling fast so if you want to secure one, I'd do so sooner rather than later! There's a performance at Stourbridge Town Hall on Wednesday 19 September and at The British Library on Thursday 20 September. Click here for more information.

We're just a single pledge away from 72% now. It's my birthday next week - a big birthday* - and I'm hoping that my friends and family who haven't already done so will treat themselves to a pledge to mark the occasion (hint, hint!)

As always, I'd like to thank you all for your support. Your faith in the project means a lot to me.